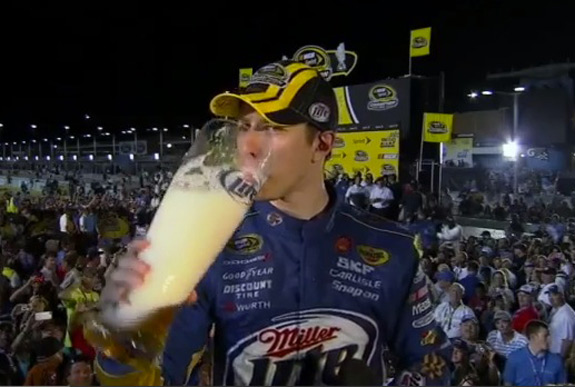 Jimmie Johnson came up short, but he definitely gave it all he had and left everything on the track. Thanks to a missing lug nut and some unexpected smoke, Jimmie saw his dreams all but disappear as he was sidelined with mechanical problems. Brad went on to claim his first Sprint Cup Series championship and became the third driver to win the Sprint Cup Series in their third season. In true Brad Keselowski fashion, he tweeted from his car as soon as the race was over. 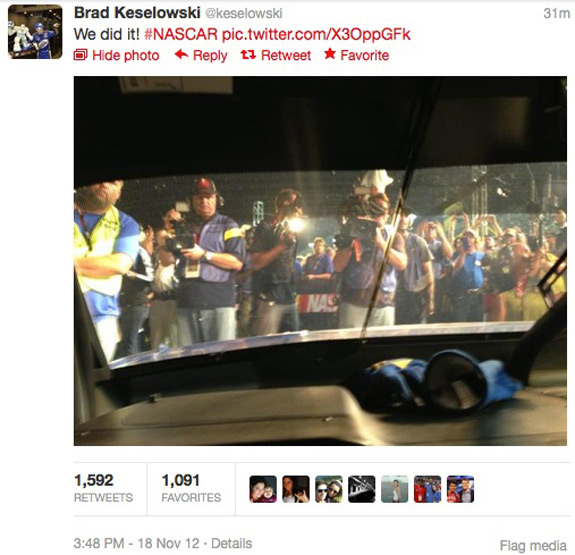 A little over an hour after driving into victory lane, Brad gave a rather awkward interview with a very large glass filled with Miller Lite beer. Let’s just say Brad celebrated a bit too much with his sponsor. Check out the video below to see a comical and drunk Brad.

VIDEO: Brad Keselowski Drinks Miller Lite and Claims That He Is “Buzzed”