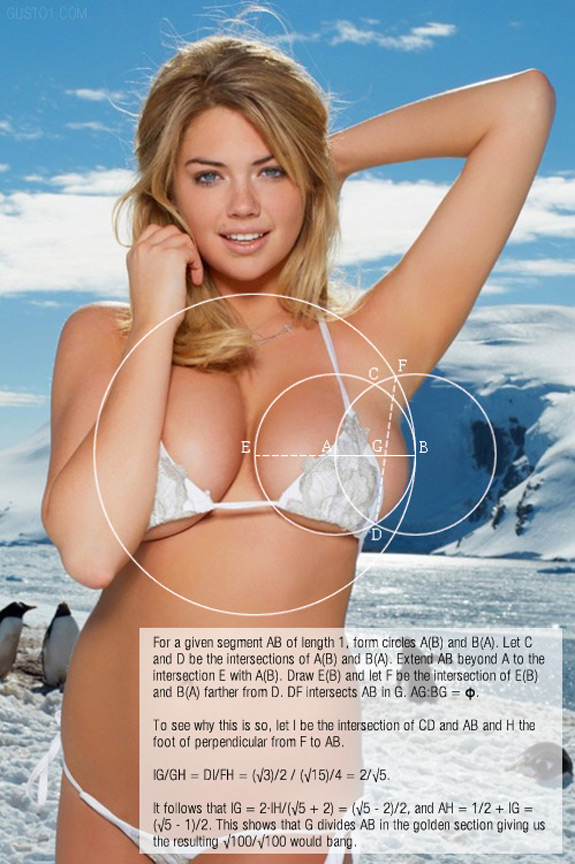 The golden ratio, also known as the divine proportion, golden section or golden mean, is a special number that appears many times in geometry, art, architecture and other areas. This ratio has been used by mankind for centuries. Many buildings and artworks have the golden ratio in them, such as the Parthenon in Greece, Notre in Paris, and the Egyptians used it in the design of the pyramids. The golden section or ratio is a ratio or proportion defined by the number Phi (1.618). The digits just keep on going, with no pattern. It is said that it also appears in the physical proportions of the human body, movements in the stock market and many other aspects of life and the universe. So, our thoughts or rather Gusto NYC’s question is does Kate Upton help prove the golden ratio? We will let you be the judge.