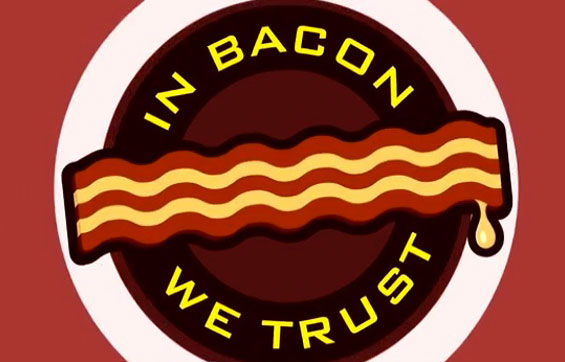 Why Does Bacon Smell So Good?

Are you that guy who believes bacon is the best smelling sh*t on earth? Have you ever wondered why the aroma of crispy bacon does it for you? Bacon worshipers may argue the reason it smells so good is because it is made of pure awesomeness. Admittedly, we aren’t bacon eaters (turkey bacon isn’t real bacon), but we will say the smell can be divine. If you are curious to know why does bacon smell so good, there is not only a video, but an inforgraphic explaining why.

You should be happy to know there are approximately 150 volatile organic compounds detected in the analysis of the aroma of fried bacon. These were mainly hydrocarbons, aldehydes, ketones and alcohols,
but nitrogen-containing compounds such as pyridines and pyrazines, and oxygen-containing furans were also present. 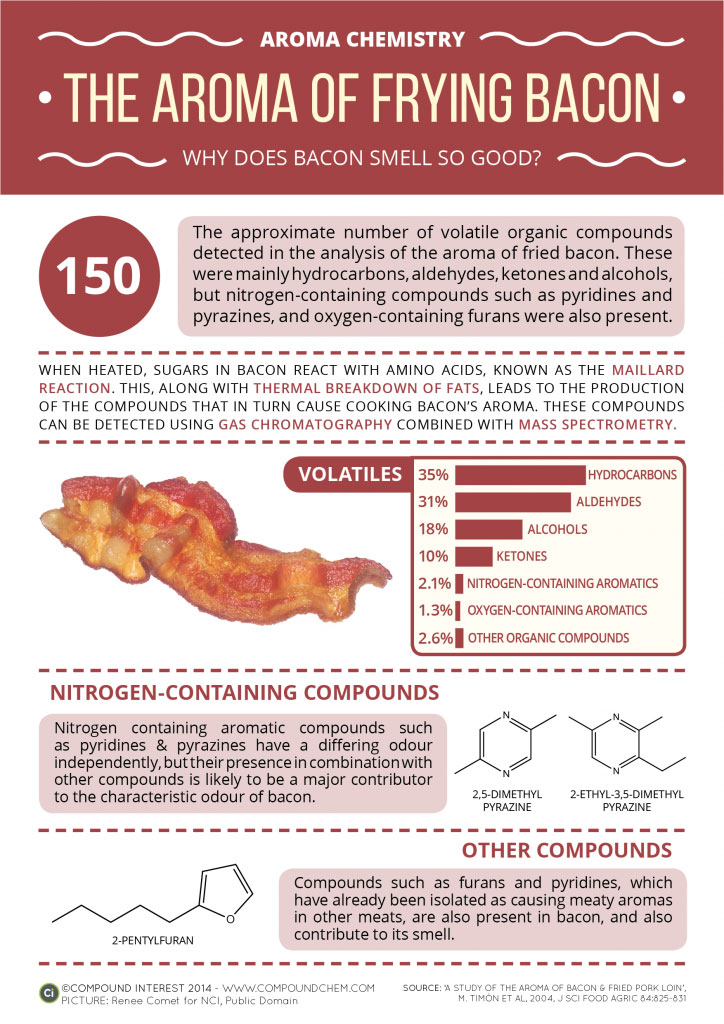