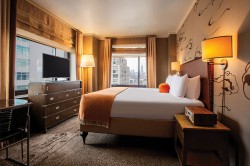 Living It Up at the Soho Grand Hotel in... 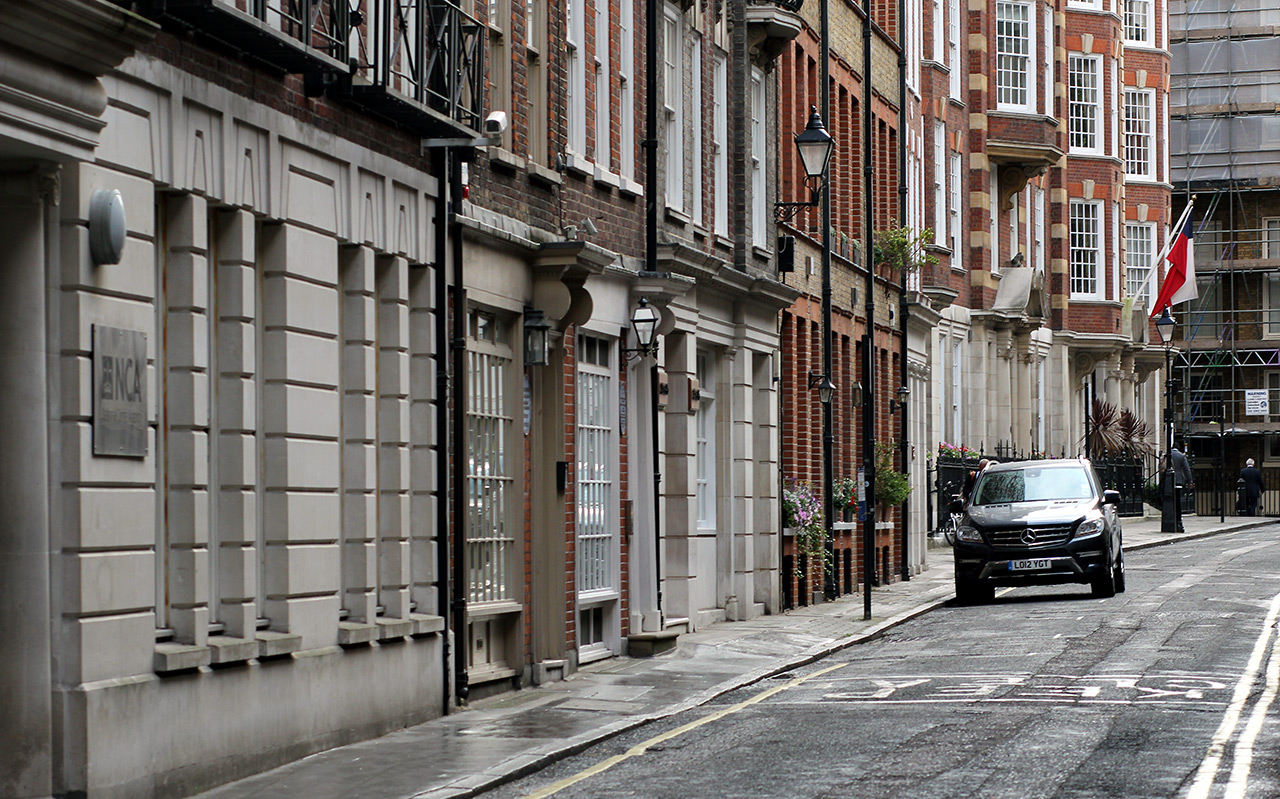 3 Places To Visit This Summer Across The Pond

5 Must Do Things in Nashville 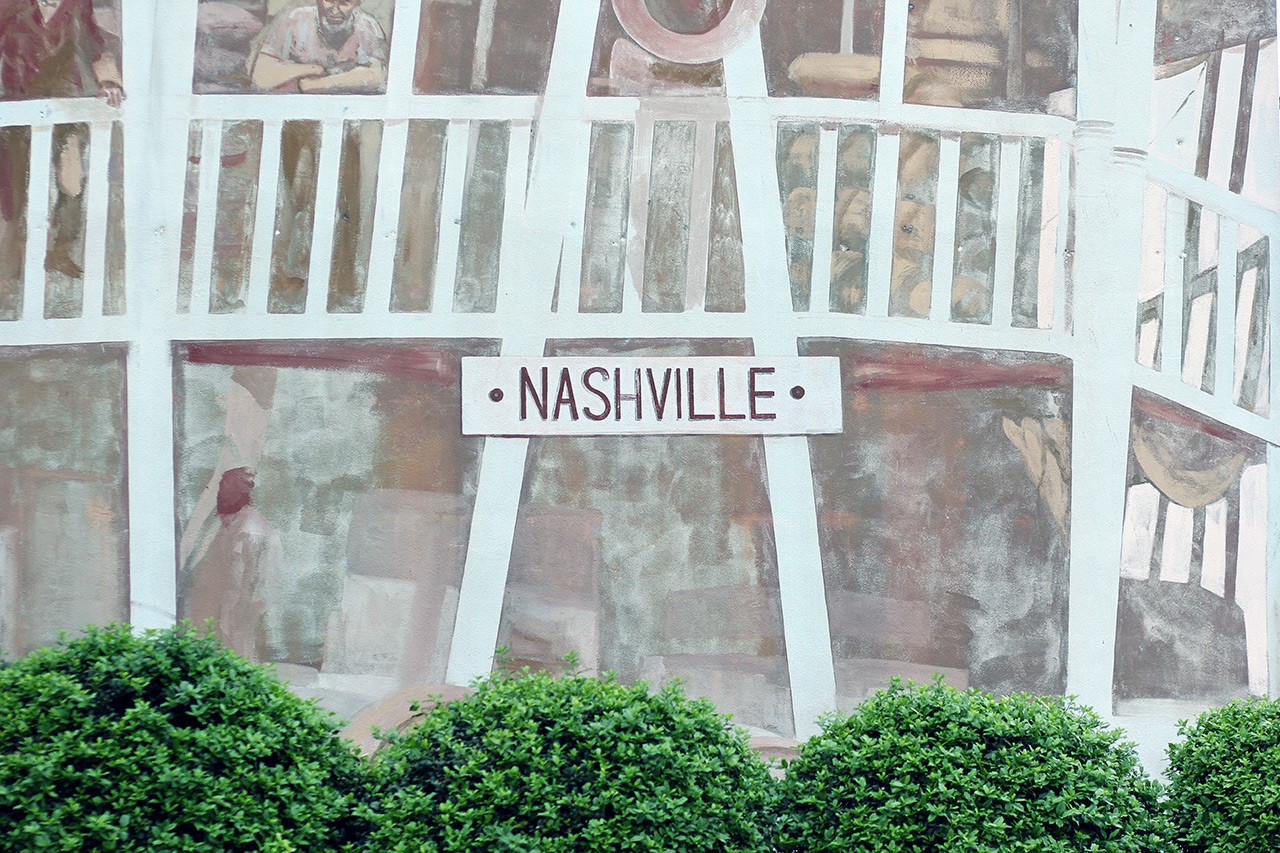 When I think of Nashville, thoughts of Elvis, Dolly Parton, and all things honky-tonk come to mind. You know, like when people think of California they think of green drinks, fake boobs, and Hollywood. That may or may not be true, but as someone born and raised in the City of Angels, the left coast, the land of fake smiles, my beloved Los Angeles, I have heard it all. Don’t get me wrong, I love my city, a city that offers beaches and year round sunny weather; however, as I’ve come to learn there is some truth in just about everything you hear about certain cities. 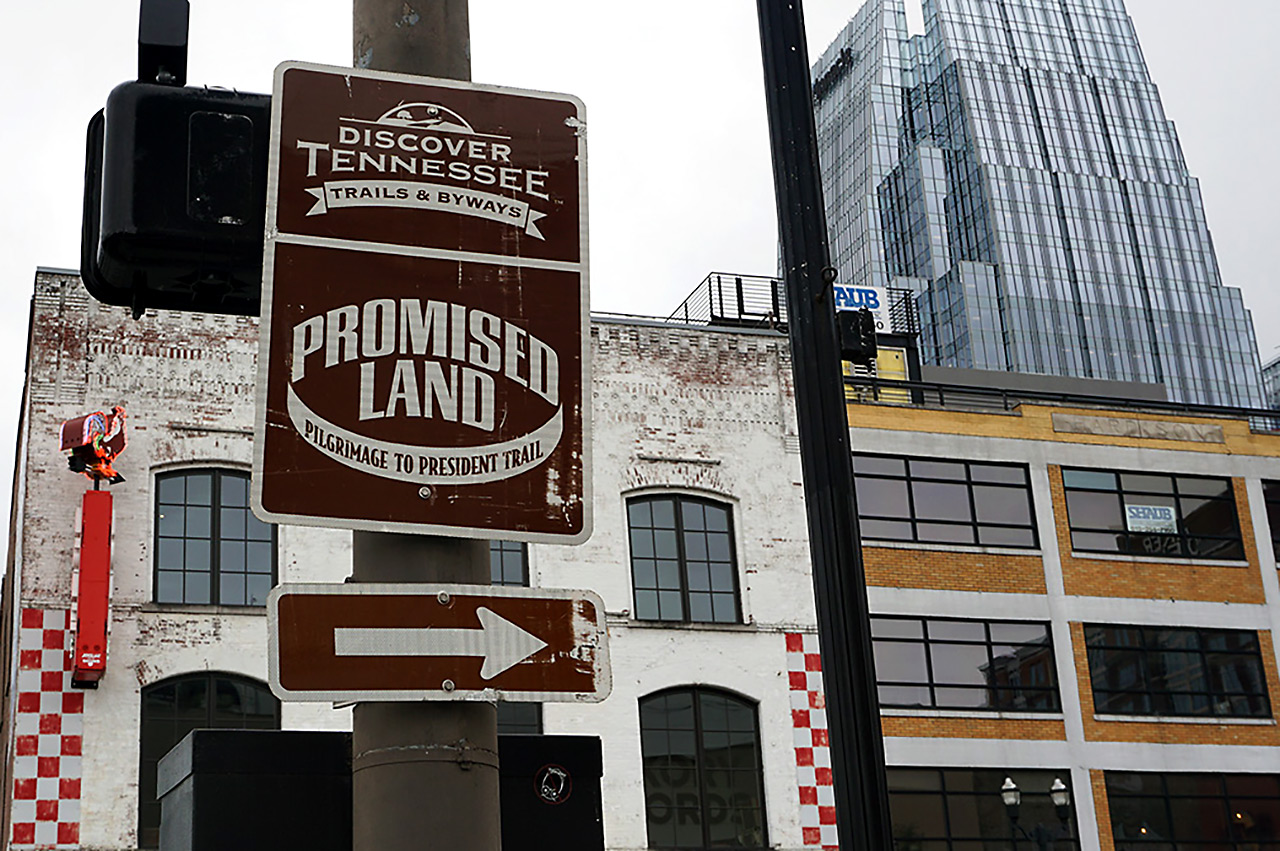 In all my travels around the world and living on that other coast, you know the big city of dreams, the rotten apple – not because I don’t love New York City, but when I lived there the city had a series trash problem – I have never heard much about Nashville and what the capital of Tennessee has to offer. Well, I am ecstatic to say I had a chance to experience Nashville’s finest and learn that there is so much more to “Music City” than just honky-tonks and dive bars. It’s rock, country, everything in between and so much more. 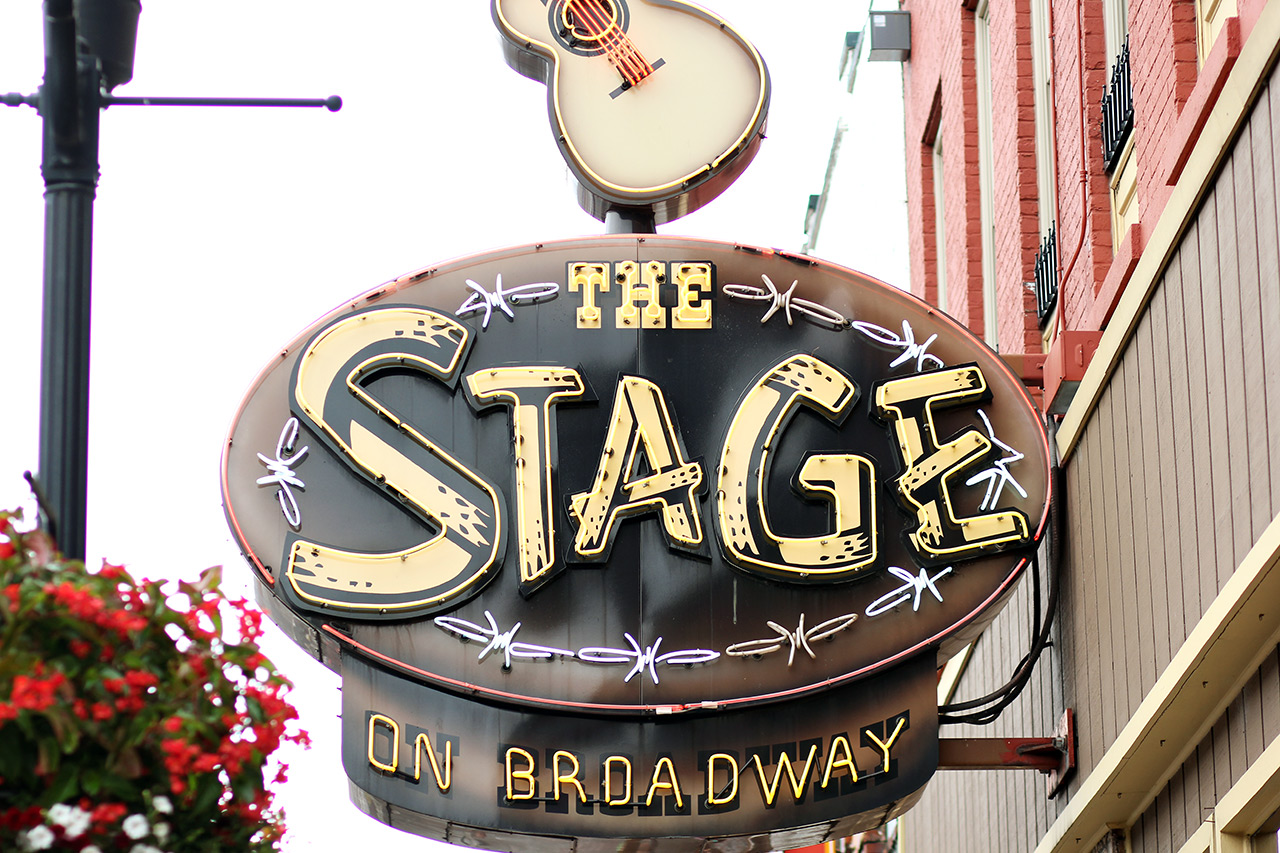 The ever-exploding Nashville music scene has many attractive landmarks and top attractions like the Grand Ole Opry, The Country Music Hall of Fame and Museum, and The Parthenon that are worth a visit. If you happen to be in town during the NFL or NHL season, you may want to consider taking in a Tennessee Titan game or check out the Nashville Predators who made a run at the Stanley Cup finals for the first time in 2016. While I didn’t have an opportunity to experience everything and I skipped a visit to the historic RCA Studio B (where Elvis and Dolly Parton recorded some of their hits), below are five things I recommend every first-time visitor explore if you make your way to this historical town. 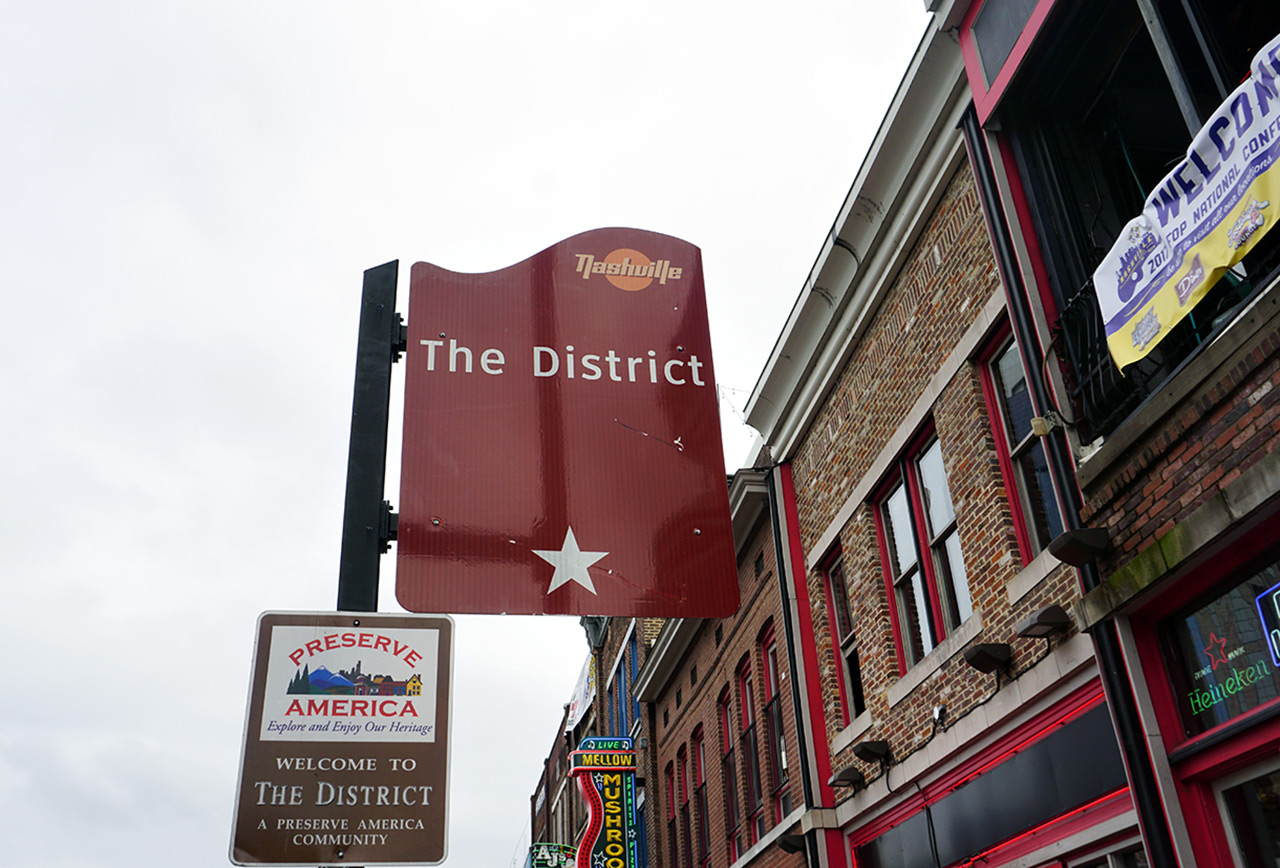 Hang Out In The District

What can I say – it’s The District. In the heart of downtown Nashville along the Cumberland River, there are three historic city districts: Broadway, Second Avenue, and Printer’s Alley. Printer’s Alley offers the laid-back charm of the South and Second Avenue offers nightclubs, restaurants, as well as a variety of shops, but if you’re looking for a chill environment with drinks and some good music, head straight to Broadway. Like George Benson echoed in his hit song, “They say the neon lights are bright on Broadway.” 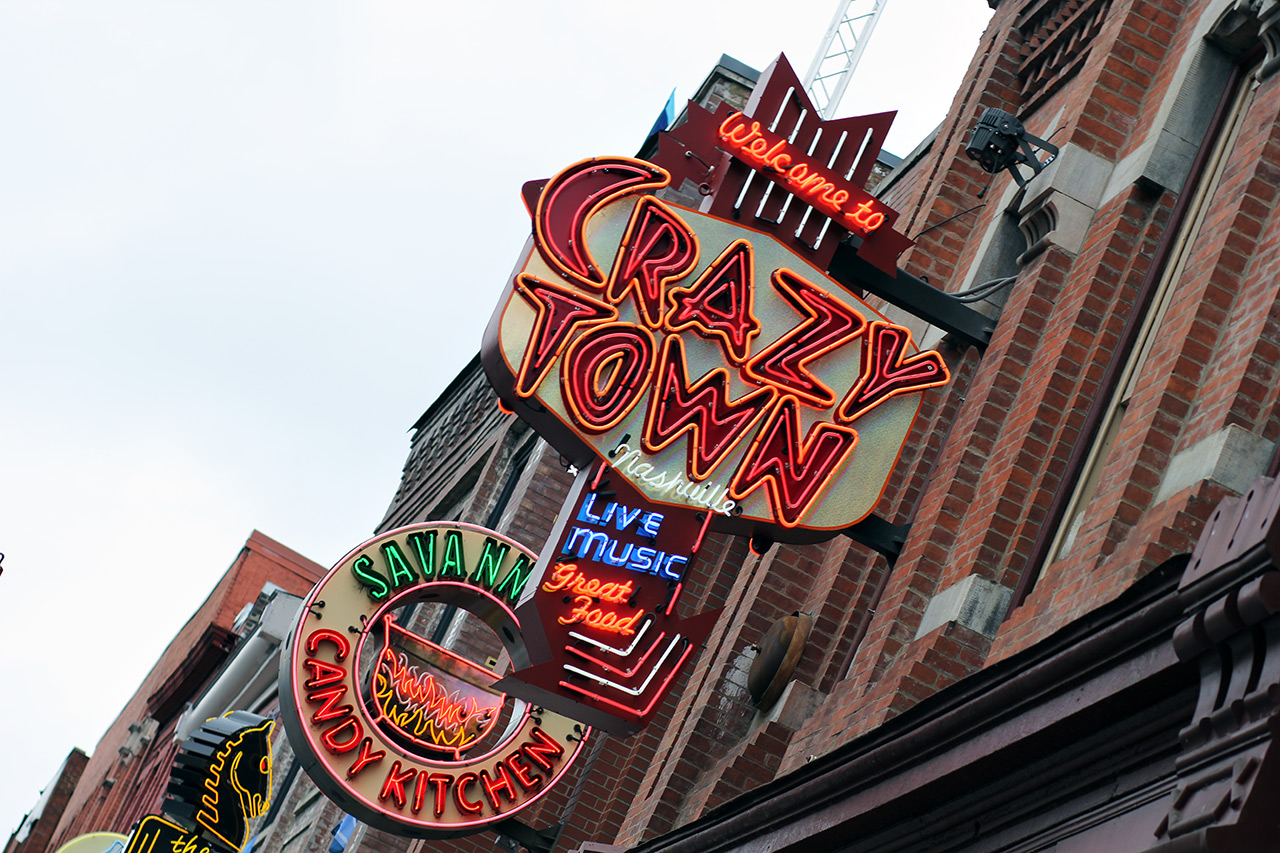 Right in the heart of The District, downtown on Broadway between First and Fifth Avenue known as Honky Tonk Highway, this stretch of live music haven consists of several bars and clubs with bands playing country music. Broadway is a place where bars are open as early as 10AM with drinks being served and the sound of some good old country music blaring at every turn. Each of the honky-tonks is free of charge to walk in. I walked in to a few, bobbed my head, tapped my foot, and thought, “Wow! This is Nashville.” 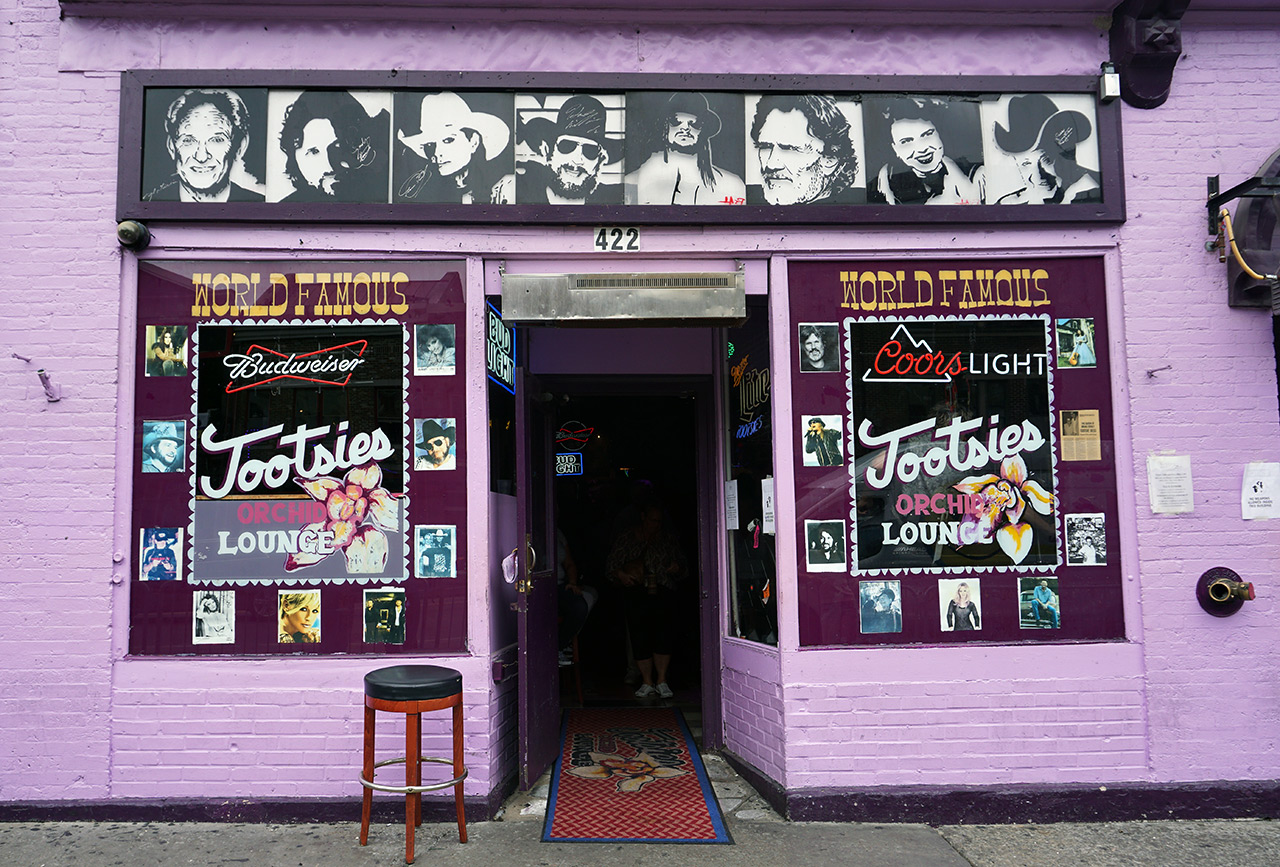 Venture Over To The Gulch

One of Nashville’s hottest neighborhoods, the Gulch is worth descending into. This charming modern area is comprised of shops, a vibrant nightlife, tastefully decorated hotels, and plenty of options for dining. If you are looking for some place to rest your head with many walking options this is a great place to stay. 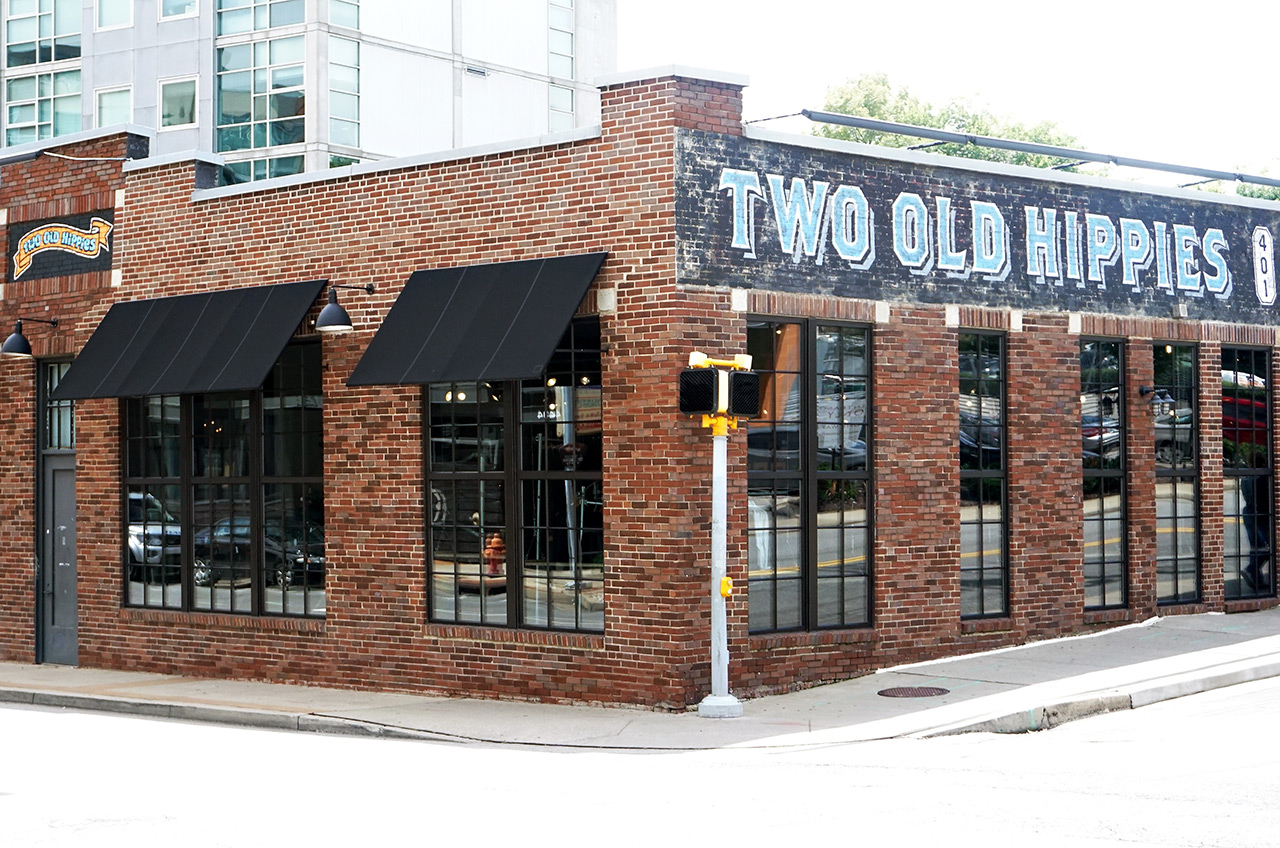 I was fortunate enough to stay at several hotels on my visit to Nashville including the newly opened, elegantly constructed Westin Nashville in the lively downtown area and the Fairfield Inn & Suites in The Gulch. I enjoyed sipping cocktails and the spectacular views at the Westin’s rooftop bar, L27, but will admit there was something charming about UP, the rooftop lounge located on the top floor of the Fairfield Inn & Suites. The view of the Nashville skyline, the food, cocktails, and the urban feel offered an authentic local experience. Whether you opt to visit the 404 Hotel and Kitchen which is praised as one of the best restaurants in the city or you stay at the luxury boutique Thompson Hotel and hang out at their rooftop bar, L.A. Jackson, you will find The Gulch to be delightfully pleasant and sophisticated. 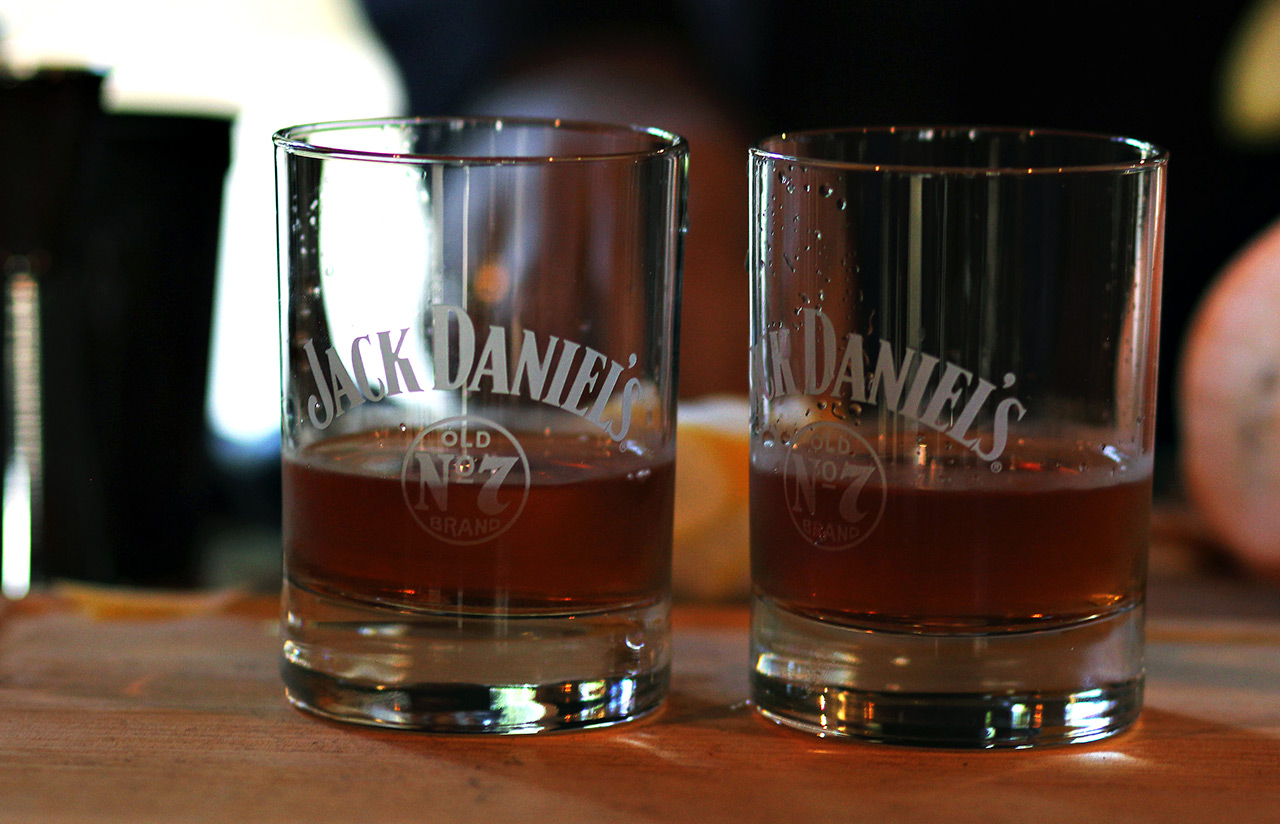 Take The Drive To The Jack Daniel’s Distillery

There are many whiskeys that can claim they are made in Tennessee, but there is only one whiskey that comes to mind, and that’s Jack Daniel’s. Like Nashville Hot Chicken, the process of making Jack Daniel’s is a Tennessee thing. Unlike other whiskeys, good ol’ Tennessee Whiskey is filtered through sugar maple charcoal — a process you can actually learn about on a visit to the Jack Daniel’s Distillery. And while you are there don’t forget to try their new Tennessee Rye whiskey. 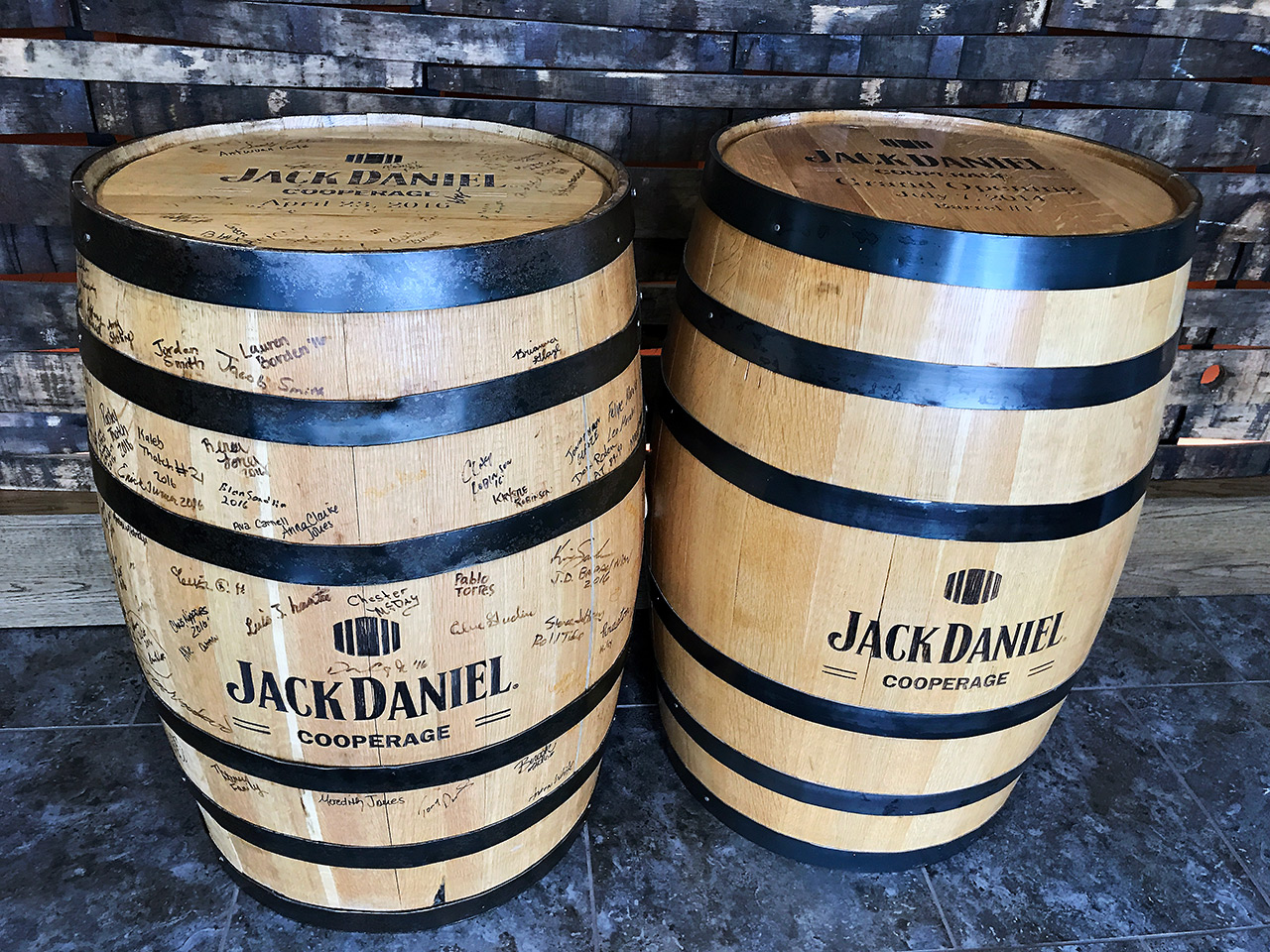 A tour of the Jack Daniel’s Distillery is a storyteller-guided walk through the facility to learn about the old-time Tennessee whiskey-making process and a bit about the man, Jasper “Jack” Daniel. Optional excursions include tasting whiskey drawn from individual barrels, among other things. Make sure to stop by the Lynchburg Hardware & General Store for all your Jack Daniel’s memorabilia. And don’t forget to make lunch reservations at Miss Mary BoBo’s Boarding House & Restaurant for some down-home cooking. It was a favorite of Mr. Jack Daniel when he was a live. Oh, and don’t forget that Lynchburg is a dry county (It’s whiskey-free), but it’s certainly worth a visit. I’m still sharing my experience visiting the distillery, so it is safe to say it’s worth the drive from Nashville to Lynchburg, Tennessee. The entire experience is a Tennessee adventure not to be missed. 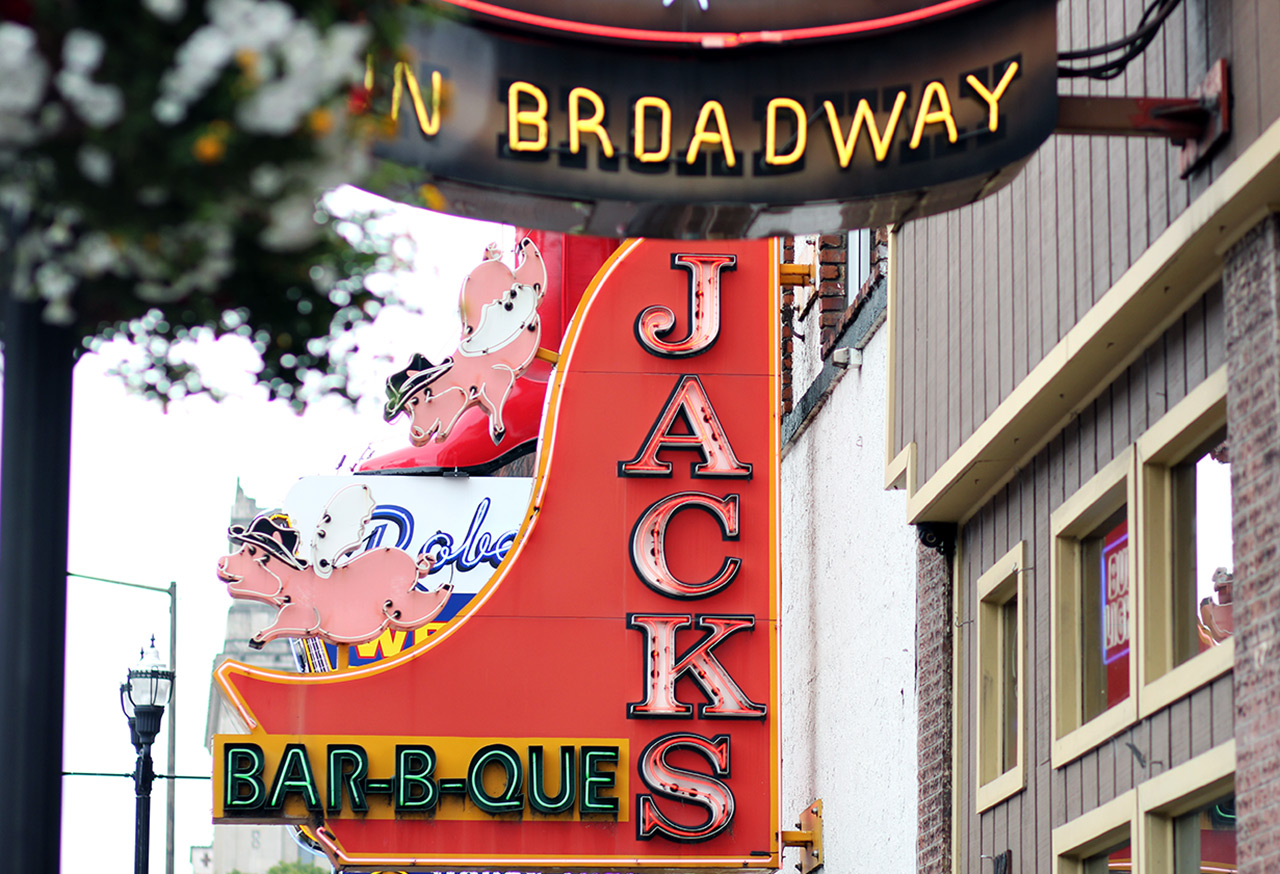 When I think of places to go for some mouth-watering food, Nashville ain’t it. At least, I couldn’t imagine it until I actually had some tasty bites while visiting. The only food spot I had on my list was Hattie B’s, but after talking to many locals, I quickly learned there was a real food scene in Music City. Can you say, “Hot Chicken.” Hot chicken is a Nashville thing. The aggressively flavored fried chicken is a staple. It’s good! 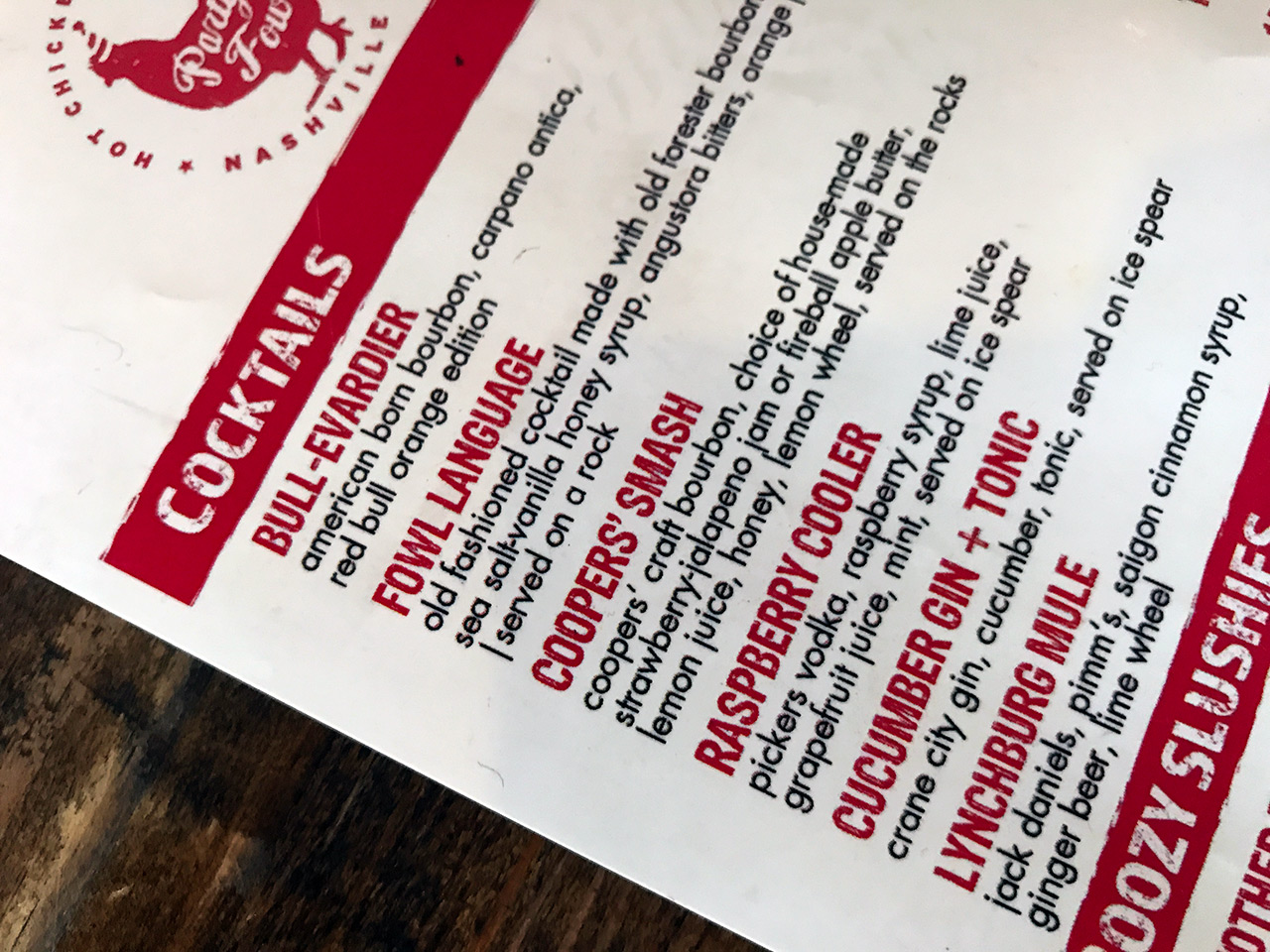 I had BBQ on my mind while in Nashville, but I’m glad I decided to explore some of Nashville’s best eats. If BBQ is your thing check out Jack’s Bar-B-Que, the godfather of BBQ in Downtown Nashville or head to The Gulch to visit Peg Leg Porker for some pulled pork, BBQ nachos, pork rinds, or Kool-Aid-Pickles. If you are still curious about this hot chicken thang, try Prince’s Hot Chicken Shack. I recommend Hattie B’s just because, but I will also suggest you add Party Fowl to your “to eat list” if you are looking to experience the fiery poultry specialty. From fried cheese grit cakes, bacon-fried potato chips, to boozy slushies and Jack Daniel’s lacquered lollipops, Party Fowl offers a one-of-a-kind dining experience in the heart of Nashville. 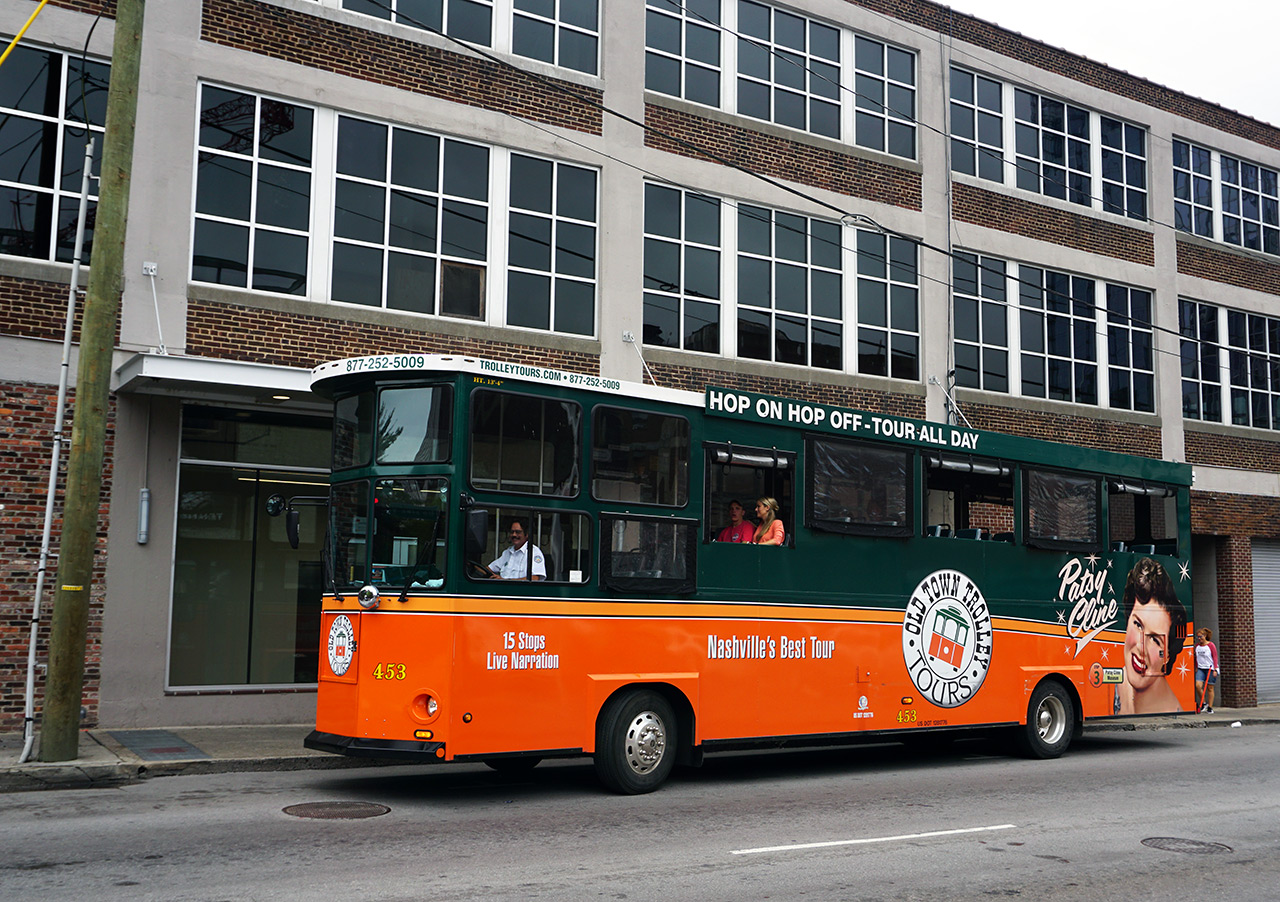 No visit to any city is complete without a full city tour. The orange and green trolley offers you an opportunity to see the best of Nashville. One of Nashville’s most comprehensive tours, the Old Town Trolley of Nashville picks up and drops off at 15 convenient stops. Some of the trolley stops include the Country Music Hall of Fame, the Johnny Cash Museum, Ryman Auditorium, Legislative Plaza, Marathon Motor Works, Vanderbilt University, Bobby’s Idle Hour Tavern, and The Gulch. Old Town Trolley operates daily every 20 – 30 minutes. The complete tour takes one hour and forty minutes. Did I mention I highly recommend stop number 11? It is the “Hot Chicken” stop where you can get off and have some Hattie B’s.