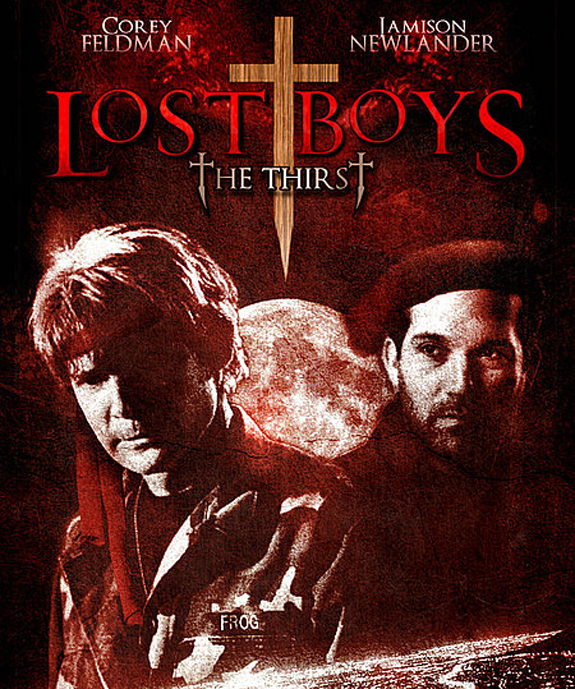 Are the Lost Boys back? After a disappointing straight-to-DVD sequel, Corey Feldman and Jamison Newlander “may” make a return to the big screen with Lost Boys: The Thirst. Reprising their roles as Edgar and Alan Frog, the Frog Brothers are the only two people who can stop a new vampire cult set on taking over the world in the new installment of Lost Boys.

SYNOPSIS
When veteran vampire hunter Edgar Frog finds himself destitute and almost friendless, he thinks his life has hit bottom – but wealthy vampire-romance novelist Gwen Liebling offers him a small fortune to go on the vampire hunt of a lifetime and rescue her son Peter from the Alpha Vampire D.J.Dusk. With the help of his friends Zoe, Lars and Blake, Edgar heads into a bloody battle to exterminate evil.