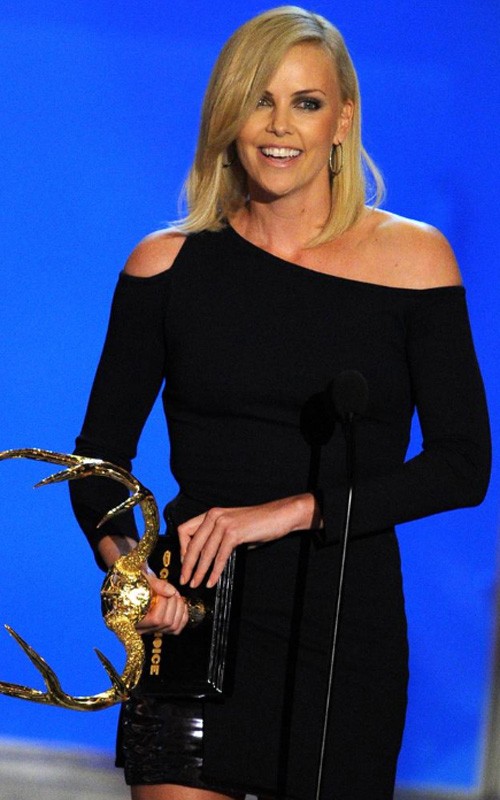 I had the pleasure of attending the awards and I must say WOMENkind definitely represented. With an equally impressive star-studded lineup of female celebrities, a few lucky men were graced with the presence of some of the hottest women in entertainment. Jessica Biel, Scarlett Johannesburg, Charlize Theron, and Sandra Bullock, who made her first public appearance since separating with soon to be ex-husband Jesse James, were all in attendance to receive their MANtlerts. And of course a guy awards show would not be complete without sexy models. Brooklyn Decker, the girl who sinfully set Sports Illustrated’s cover into flames took home the “Hotter Than Hell” award and Marrisa Miller who I shared a table with during the ceremony was a presenter.

In a touching moment, Sandra Bullock accepted the “Troops Choice” award and Charlize Theron was bestowed with the “Decade of Hotness” award which was presented to her by Ben Affleck. Once onstage, Charlize told the crowd “Looks may get you in the door, but there is always someone younger and prettier. She also remarked, “My skirt is shorter than the cocktail waitresses.” In another comedic moment, Theron apologized to Affleck stating “Ben and I did a film together, but I wasn’t hot back then, so I want to apologize to Ben.”

Also receiving honors was Scarlett Johansson for the “Jean-Claude Gahd Dam” award and Jessica Biel, for the “Holy Grail of Hot.” Johansson and Biel beat out Zoe Saldana who was nominated for both categories. Upon receiving her award, Jessica told the crowd, “I want to thank my hottest of hot cast mates. Zoe—I can’t believe I’m in the same category as you—you are the hottest of hot. And guys, I think about you too when I entertain myself.”

For a full breakdown of all the categories, make sure to visit Spike.com and watch the awards premiering Sunday, June 20 (10:00 PM – Midnight, ET/PT). 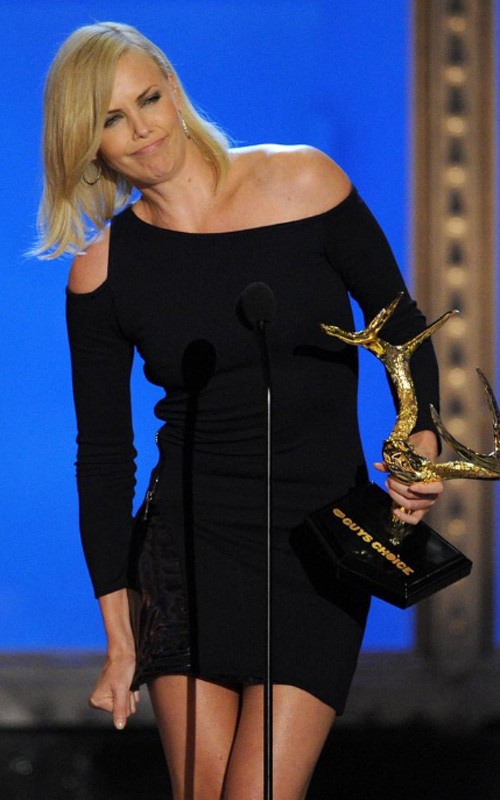 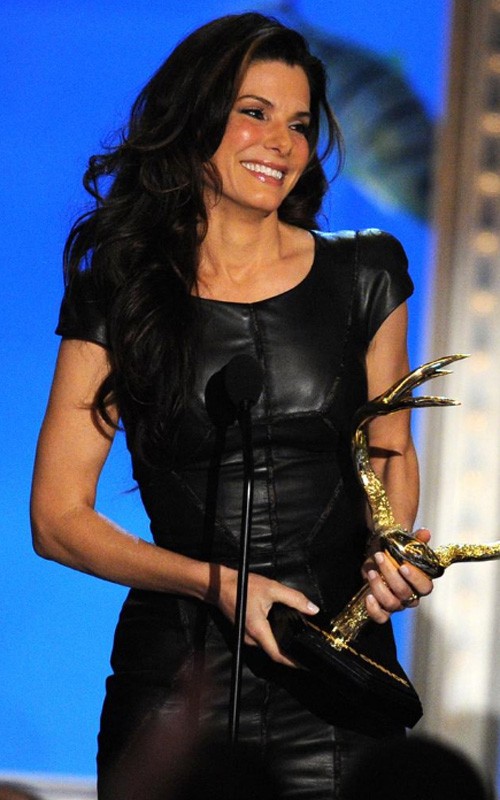 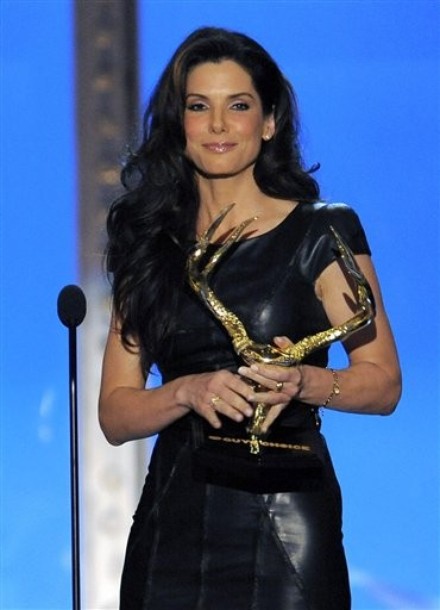 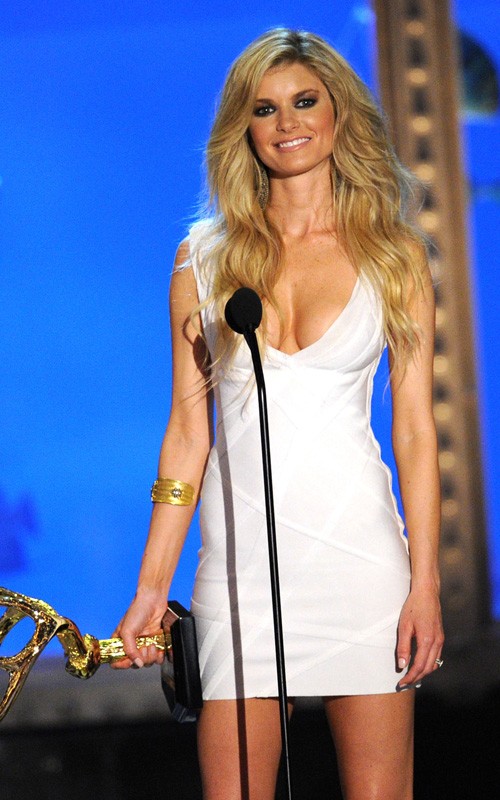 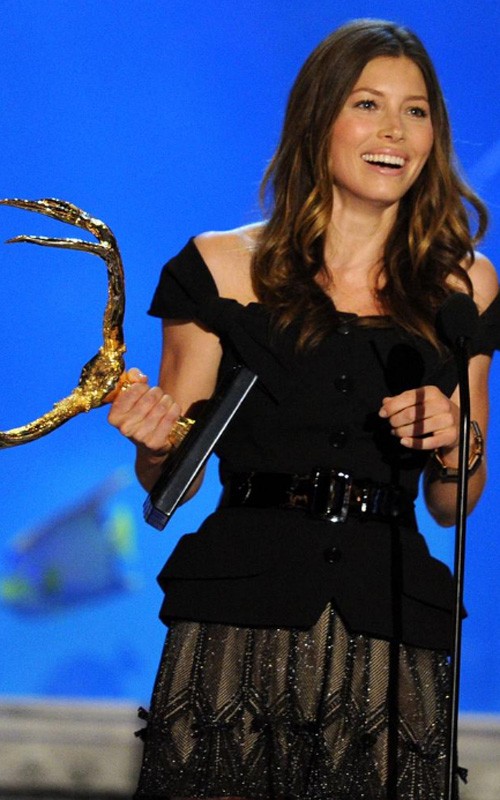 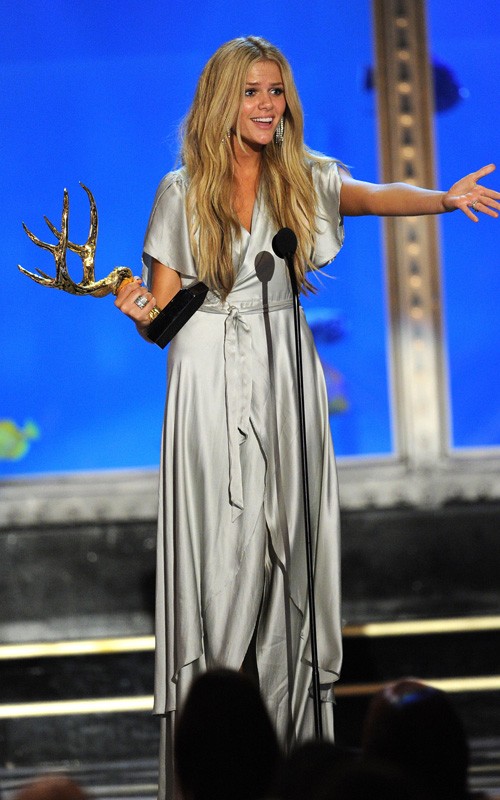