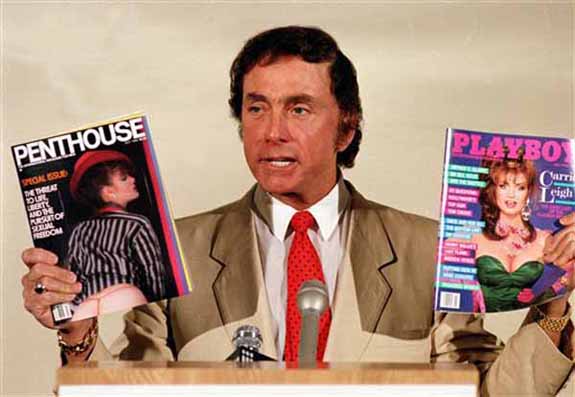 What kind of guy site would we be if we didn’t acknowledge the death of Bob Guccione. Not only was he the initiator of many wet dreams, but Bob introduced one of the first ‘nudy” magazines to America in 1969 posing a challenge to already established Playboy.

For those that are two young to remember, Penthouse was the magazine that released nude pictures of singer and actress Vanessa Williams. At the time, Vanessa was the first black Miss America. As a result of the photos being published, she was forced to hand over her crown. Ironically, that issue sold nearly 6 million copies and reportedly made $14 million.

Bob’s life was filed with many highs and lows. An artist and innovator, Bob was considered one of the wealthiest people in the US with a net worth of about $400 million in 1982. In 1985, Bob helped his son launch the music magazine Spin. Unfortunately, due to many bad business investments including trying to build a casino in Atlantic City, he squandered most of his fortune. Today, Penthouse is owned by FriendFinder who recently made a bid for Playboy.

For more on the life of Bob Guccione make sure to check out his Wiki entry.