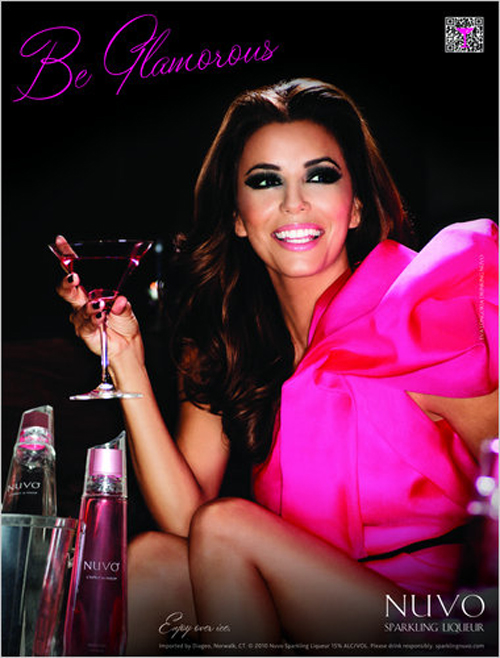 Some people say that Eva Longoria’s new print advertisement is definitely that of a “Desperate EX- Housewife.” However, could this new campaign be nothing short of genius? There is a lot of backlash in regards to her potentially marketing alcohol to young girls. The reality of it is that liquor ads traditionally have featured attractive women, but more as trophy pieces. The only thing different is now you have a well-known actress (and soon to be ex-NBA wife) aiming to appeal to mature women by promoting glamour and not fantasies.

Women like fruity drinks that are cute. Who else could promote a bottle designed from elements of a perfume bottles with a cap believed to resemble the tip of a tube of lipstick? Did we mention the liquor (French vodka, white wine, and fruit nectar) in the bottle is pink? Nuvo’s campaign slogan is “Be Glamorous.” It just wouldn’t feel right to tell a MAN to be glamorous. Would it?