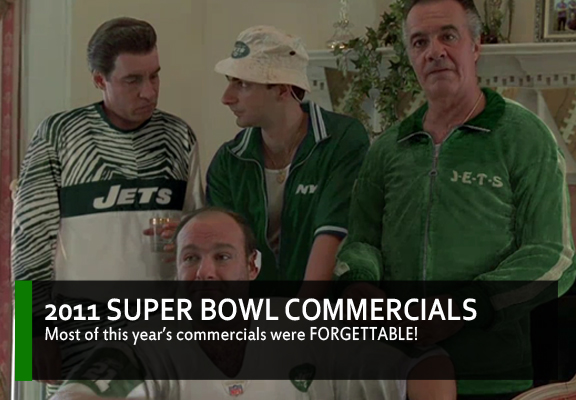 12 Super Bowl Commercials That Were Worth Remembering and... 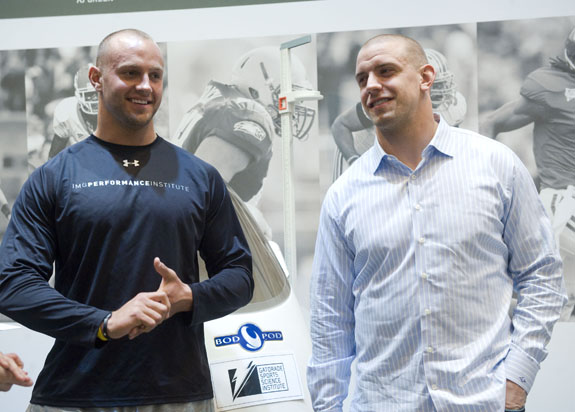 The Gatorade Sports Science Institute (GSSI) scientists are working with top 2011 NFL draft prospects to help maximize their performance and take their game to the next level in their quest to make it in the NFL. Their journey kicked off at a GSSI Lab constructed in the Media Center at Super Bowl XLV in Dallas and MankindUnplugged.com was lucky enough to snag five minutes of St. Louis Rams Linebacker James Laurinaitis time as he offered a few pointers to potential top NFL Draft pick Mark Herzlich. Our very own Tam-Star talked to Laurinaitis about his future in wrestling, his thoughts on a pending NFL lockout, who deserves to be the number one draft pick, and who gets his vote for the best linebacker of all time.

Tam-Star: I’m sure many people have asked you this before — I know you come from a family of wrestlers, do you see yourself possibly wrestling in the future after the NFL?

Laurinaitis: Yeah, you know, it kind of depends on how long I play. God willing there’s not too many injuries and such. If I have a career for another 10 years and I retire when I’m 30-something I might have a few years in me. But maybe not. Hopefully I won’t have to get into that business.

My mom doesn’t want me getting into it. She fears me getting hurt more in that stuff than in football.

Laurinaitis: Well, I grew up a Minnesota Vikings fan. I didn’t really know what was happening as far as everything with where I was going to get picked. It was kind of one of those things where you don’t have any control of it. So, when I got drafted with St. Louis I was excited. Being from Minnesota, that’s where I was born, and going through Ohio State and Columbus, Ohio, I was used to the Midwest. So, being able to be there [St. Louis] is kind of a cool thing.

Tam-Star: I know that you were the only player to ever win two Big 10 Defensive Player of the Year awards from both coaches and media. Can you tell us about the transition from being a college star to playing in the NFL where there are tons of stars?

Laurinaitis: Yeah, it’s just one of those things. You have to keep doing the things that got you to where you were in college. Remember where you came from, stay humble, continue to work hard and not let it go to your head, you know. There were a lot of good players when I played in the Big 10 on defense, probably a lot of other guys that deserved the award as well. You have to continue to look at it that way and continue to get better…because if you let that stuff get to you, it slows you down in how hard you think you need to work and stuff like that.

I use it more as motivation. I built something, I felt like going into the NFL I needed to back up what I’d built up in college and that’s all I’m trying to do.

Tam-Star: Let’s talk about Gatorade for a little bit. I know Gatorade is kicking off their off season program to help elevate the performance of top incoming NFL rookies. Can you tell us a little bit about your involvement with Gatorade’s Sports Science Institute labs?

Laurinaitis: I’m up there today talking, mentoring Mark Herzlich a little bit, making sure that Mark is getting a good workout in, and they did the testing on him. It was cool to see all the machines that go into what Gatorade is. You know, you see the product in the stores, you see the commercials. It’s easy to assume that you’ve got just this product that’s going into the stores. They’re pushing their water called Gatorade, but when you see the science up close in person and you see the money that goes into it, what a cool thing, and the confidence it kind of gives you in the product that you’re taking. 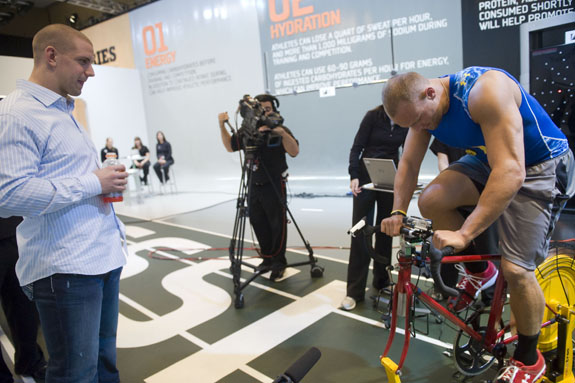 Tam-Star: You mentioned that you were working with Mark. Out of all the great college players that are entering the NFL next year, what player would you recommend we keep an eye on?

I’m a big fan of the running back out of Alabama, Mark Ingram. I think he has a great future. I think he’s a very talented football player. He seems like a sure guy at opposition, a true running back on a big level. I like watching guys that play on big levels.

Tam-Star: Here’s a question for you, would you pick Blaine Gabbert or Cam Newton if you were GM and your team had the number one pick?

Tam-Star: I’m not sure if you read the Sports Business Journal, but on this week’s cover they actually asked the question “Why would America’s most popular sport shut down?” Can you share your thoughts in regards to the pending lockout?

Laurinaitis: I don’t really know all the details and everything. I have full faith in our leader, DeMaurice Smith, so I think he’s going to do a good job.

Tam-Star: At MankindUnplugged.com we are a bit offbeat and quirky. The next couple of questions are what we consider rapid fire questions and they are definitely a little offbeat. With a one word answer…

Best linebacker of all time – Junior Seau or Ray Lewis?

Tam-Star: Who would you take to the prom, Kim Kardashian or Megan Fox?

Gatorade and NFL Films will provide a behind-the-scenes look at how elite NFL rookies like Blaine Gabbert, Jake Locker, Cameron Heyward, Mark Herzlich, and others make the leap from college to the pros in a new online series, “Everything to Prove.” The weekly, documentary-style program will showcase key milestones rookies experience heading into their inaugural NFL season, including the pivotal role sports nutrition plays in elevating their performance to the professional level.

ABOUT THE GATORADE SPORTS SCIENCE INSTITUTE
Virtually no one matches the Gatorade Sports Science Institute (GSSI) when it comes to hydration and nutrition expertise for athletes and active people. Established in 1985, GSSI has conducted and published extensive research and educated health professionals and athletes on sports nutrition and exercise science around the world. As the leading facility of its kind, GSSI has tested youth, amateur, elite, collegiate and professional athletes to show how hydration and nutrition affect performance. For more than 20 years, GSSI has tested athletes in the lab, on the road and in the field of play to understand their unique challenges in order to develop solutions to maintain optimal performance.