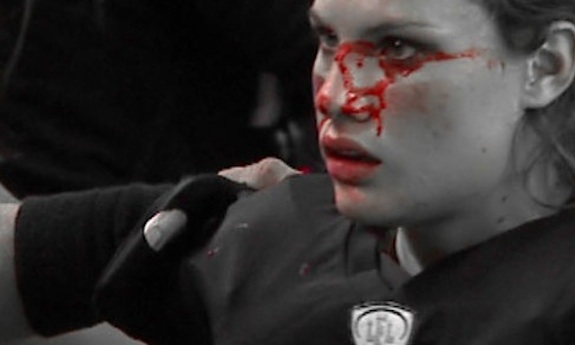 Have you watched any of the Lingerie Football League (LFL) games lately? If not, you have clearly missed out on some rough, tough, and sexy action. Heading into week 8 of the league’s third season, the LFL games have been exciting. Last nights MTV2 televised matchup showed the Green Bay Chill capturing their first-ever franchise win over the Minnesota Chill. The Orlando Fantasy also made history a few weeks ago when they recorded the franchise’s first-ever win in their second year as they dominated the Baltimore Charm. This game stands out more than any other for several reasons, but mainly because these girls proved that they were not pretending. The game was almost like a coming out to show fans that it’s more than a game. Passions and skills ran high as the girls ran up and down the field in their lingerie, but fought as if they were in the ring at a heavyweight fight in Las Vegas. Check out some of the highlights:

For more information on the LFL and their players visit their official website www.LFLUS.com. Make sure to check out www.LFL360.com for all the latest news and game recaps.