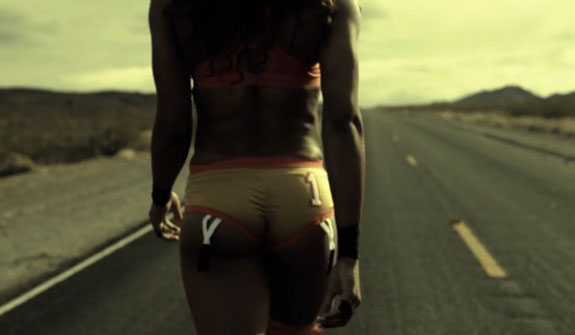 While NFL fans are anxiously awaiting to see which team will win their conference, fans of the Lingerie Football League (LFL) are sitting back on their couches drooling over the latest LFL promo. In an effort to entice viewers to tune into this years Lingerie Bowl, the LFL has put out a new commercial that quite frankly, “lures” you in. Whether you are a MAN who loves hot babes and football or a women who is just curious (no pun intended), you must agree their new promo is noting short of genius. Set to soul-tingling music, the new promo definitely engages the viewer. For me, I enjoyed watching the fit abs (the 3rd girl in the commercial, not so much) on display at the being of the clip. Guys, what do you think?