Puking On Chicks, Kate Upton Dancing, Hooking Up With... 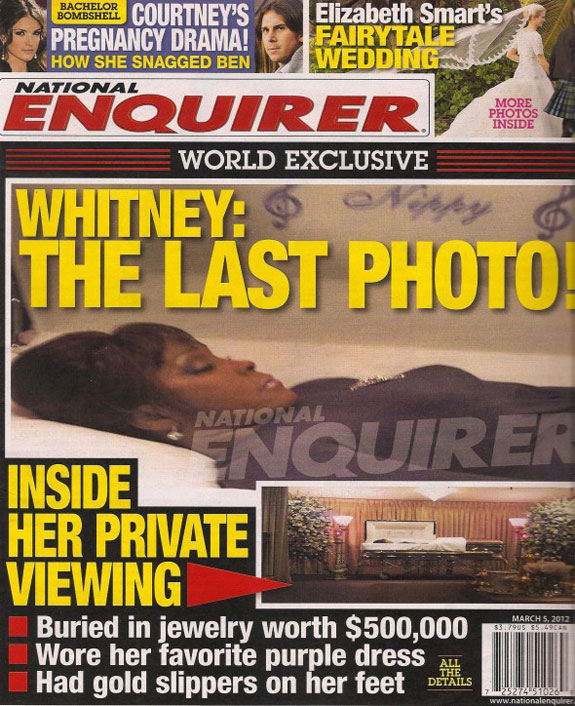 While most are outrage at this week’s National Enquirer cover photo showing Whitney Houston laying dead in her coffin, others are simply mad that she was supposedly buried wearing jewels worth $500,000. The above photo is believed to have been taken at a private viewing for friends and family inside the Whigham Funeral Home in Newark. Whatever the case may be, what do you believe to be worse – the National Enquirer posting Whitney laying in her coffin or being buried in a half-million dollars worth of jewelry?