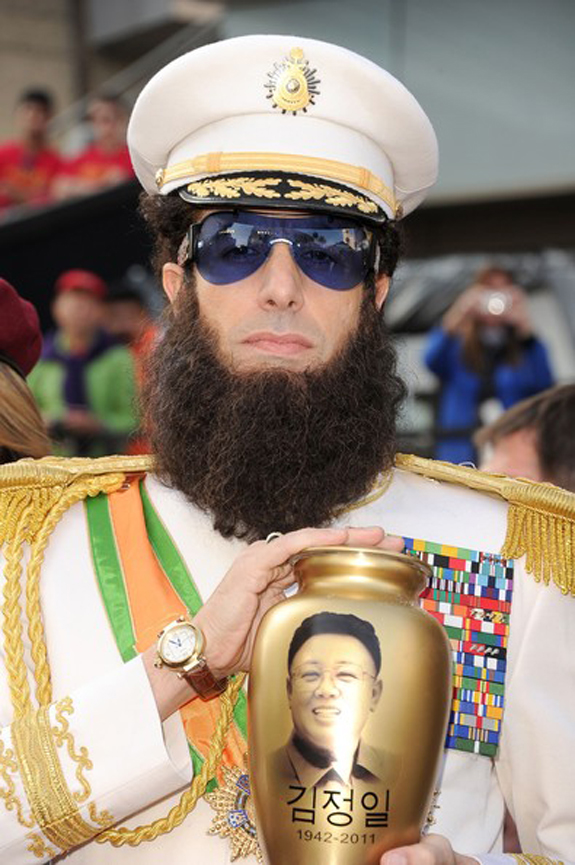 Sacha Baron Cohen will be Sacha… well General Aladeen. Leading up to the Oscars, there was some concern whether or not he would try and pull some type of stunt on the red. After being banned from the Academy Awards earlier this week, Cohen was asked back to the Oscars mainly because he is one of the stars of Hugo. Always one to make an entrance, Sacha Baron Cohen arrived dressed as his character ‘General Aladeen,’ from his new movie The Dictator and dumped ashes over the Golden Boy aka Ryan Seacrest. 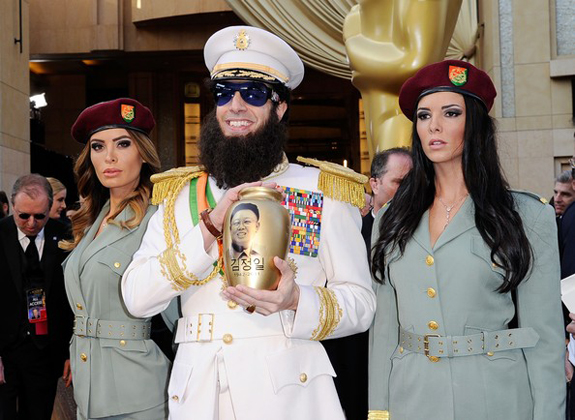