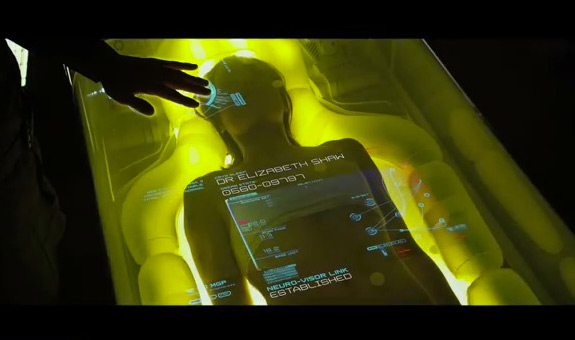 The movie trailer for the sci-fi thriller Prometheus, directed by Ridley Scott (Alien and Blade Runner) was released and from the looks of it, we are in for a new trilogy. A groundbreaking mythology, Prometheus, is all about a team of explorers who discover a clue to the origins of mankind on Earth, leading them on a thrilling journey to the darkest corners of the universe. There, they must fight a terrifying battle to save the future of the human race. A fight between two superpowers to control Earth, they fight each other for all the solar system’s natural resources. When one side dispatches a team to a distant planet to terraform it for human colonization, the team discovers an indigenous race of bio-mechanoid killers.