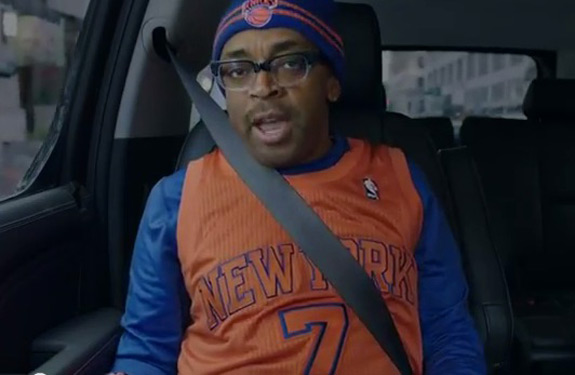 Spike Lee’s passion for the New York Knicks has been well documented over the years. In a new NBA BIG commercial starring and directed by Brooklyn born Spike, he hails basketball legend Bernard King as king of New York. In the commercial Spike talks about one of his favorite Knicks moments from a 1984 Knicks vs. Nets game where King walked away having scored 60 points. Interesting enough, Benard King played for both the Knicks and the New Jersey Nets who are now the Brooklyn Nets.