Lexus Will Unveil The All-New RC Coupe At The...

Forging Ahead with the Forward-Thinking 2015 Lexus RC F 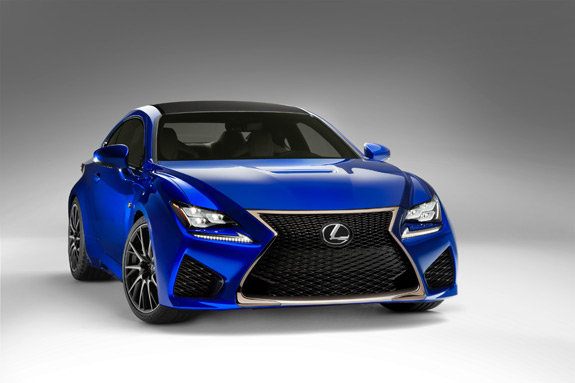 It looks like Lexus has done it again. After unveiling the all-new RC Coup at the 2013 Tokyo Motor Show, Lexus officially revealed the highly anticipated all-new 2015 RC F at the North American International Auto Show in Detroit. The nameplate is well-known for first-class luxury, combining plush interiors with a perfectly polished look. Now the all-new 2015 Lexus RC F has kicked classy up a notch with sleek, sporty styling and a powerful V8 engine that enhances performance. With 450 ponies of horsepower, drivers can put some pedal to the medal in this latest invention of the F Marque, featuring a trim Coupe bodystyle. The instrumentation is purposely designed to the detail, a trademark of top quality and modern technology in every Lexus lineup.

READ: Lexus Will Unveil The All-New RC Coupe At The 2013 Tokyo Motor Show

This is a very smart ride, right down to the science behind the superior handling and 383 lb.-ft. of torque. We won’t get too much into the Torque Vectoring Differential or the eight-speed Sports Direct Shift. Instead, let’s just get to the bottom line – this Lexus is a masterful machine when it comes to powerful performance from this 5.0 liter engine. If you’ve been looking at the Lexus brand, the new RC F just may be the perfect pick in your future.