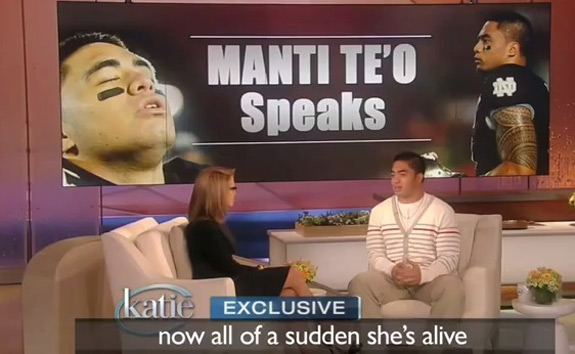 We all know Manti Te’o says he’s the victim of a “girlfriend” hoax. Over the last few weeks, Manti has continued to give “remixed” answers of the events leading up to the day he was exposed. The truth may not ever be known about his imaginary girlfriend, but Katie Couric attempted to get to the bottom of it. Check out this funny auto-tuned remix of what happen when Manti and Katie sat down to discuss the truth behind his imaginary girlfriend, being gay, and more.