Change The Way You Look At Boobs [VIDEO] 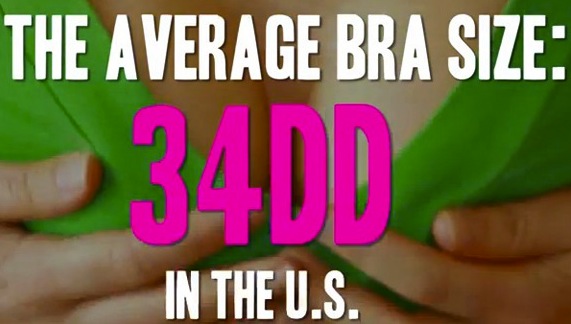 We learned some shocking things about boobs today and thought we would share. Did you know that boobs are dangerous to a man’s brains? It sounds very farfetched, but when you think about it whoever came up with this fact may be on to something. With the average breast size now at 34DD in the U.S. you would think that boobs would be dangerous for the women who are walking around carrying two huge jugs, right?

VIDEO: Change The Way You Look At Boobs

Regardless of the “so-called” facts of the video above we can guarantee that women either love or hate their boobs. Women with big boobs either really love having them or find them to be a nuisance. For the woman who has smaller boobs they either accept them or want bigger ones. Fortunately, there is hope for the girl with small breast. According to the facts presented in the video financially stable men﻿ prefer smaller breasts. Do you think this is true?