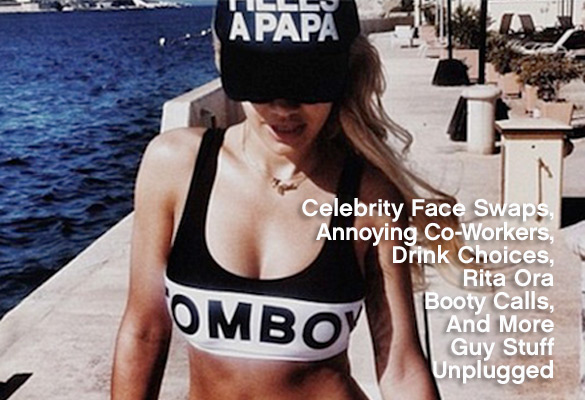 Did You Miss Sharknado? So Did We, But Thanks To Twitter… 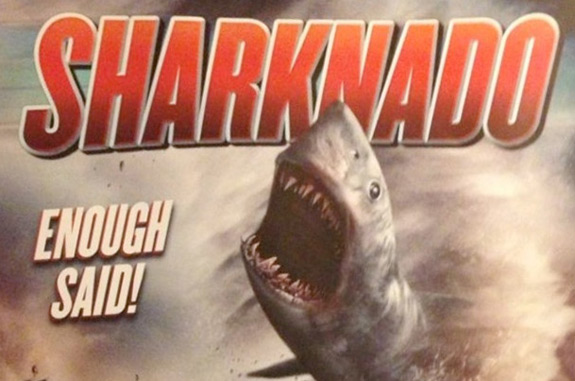 What in the Sharknado is Sharknado? We heard something about it a few days ago, but to be honest we weren’t interested. After all, Sharknado starred Tara Reid. Yes, the same Tara Reid better known for partying and her botched boob job.

Thanks to Twitter we were able to figure out the gist of Sharknado without actually watching it. If you know anything about Twitter, you know that most people who tweet believe they have an official license to talk sh*t. If you don’t believe us read some of the hilarious tweets for yourself. Let’s just say the things that were said about Sharknado and Tara Reid were entertainment worthy.

Dear 1999 Tara Reid, save your American Pie money. In 14 years, you’ll be fighting sharks with an unplugged electric hedge trimmer.

My stepdad was eaten by a shark in my living room so this hits close to home for me. #sharknado

The inconsistency of the weather in each shot is magical. #SHARKNADO

If #SharkNado doesn't make the @SportsCenter Top 10 tonight, I will be shocked.

This beautiful moment of national unity is about to end. But we will always have #SharkNado. Never forget what it meant to us.

"@turtle4704: if #SharkNado was on Espn Stephen A. Smith would be taking about how he's close personal friends with the sharks"

All the women in this movie have the Tara Reid-esque gravelly voice. It's like a gender-swapped Supernatural.

I'm putting down a non-fiction book to watch #Sharknado. This is why the Chinese and the Indians will rule over us.

WHY IS THE DAD FROM HOME ALONE IN #SharkNado tho?

WTF one shot of a pistol blew the whole shark's head off?!?!? #SharkNado

This is easily one of Tara Reid's top 3 shark tornado movies ever. #SharkNado

BREAKING: @KimKardashian is suing the makers of #Sharknado, claiming they ripped off the sharknado design from the inside of her vagina.

Sadly even big brands wanted a piece of #Sharknado.

What's the best vehicle to battle through flooded streets and flying sharks? We're a little bias but….. #Sharknado http://t.co/GT6i3c5Hpr

A vortex of awesomeness #Sharknado pic.twitter.com/uDrjtmCk7W

In honor of #Sharknado, here's a look at who the real sharks in sports are: http://t.co/PIN3RrDtpV

If you are still confused or curious like our guy Brad Keselowski make sure to check out the trailer below to see what all the hype is about.

We are sure you are wondering who approved a movie about killer sharks in a tornado﻿, right? Thank the SyFy Channel. And to think their slogan is “Imagine Greater.”