Did You Miss Sharknado? So Did We, But Thanks...

Can Your Grandma Play The Drums Like This? [Video] 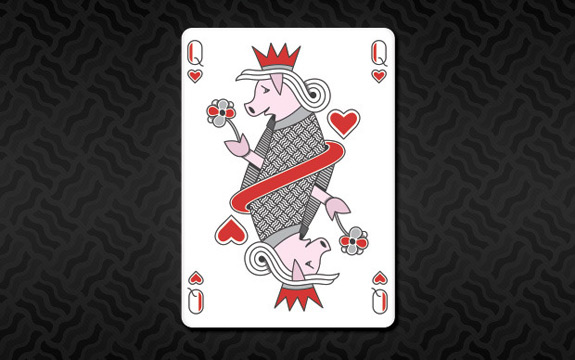 Bacon Cards! Do we even need to go into further details? A bacon-themed deck of playing cards is every man’s fantasy, right? For those that have dreams of all-bacon everything, the world is slowing seeing things your way.

Deck 2 — “Bakin’ with Bacon” game (a unique card game where the goal is to collect the necessary ingredients to complete your recipes before your opponents complete theirs). Please check out the video below for details on how the game is played.

Sounds exciting, right? If you can smell the bacon cooking (pun intended) why not help in the kitchen? The bacon-themed deck of playing cards is not quite a reality yet, but you can help and bring home some bacon by making a donation over at Kickstarter. If you can dream it Kickstarter can help you make it a reality. In this case if you can smell the bacon, you might as well play with it.

Now that playing cards have been baconized what’s next or should we say what’s left?