The Best Way To Die With Morgan Freeman And... 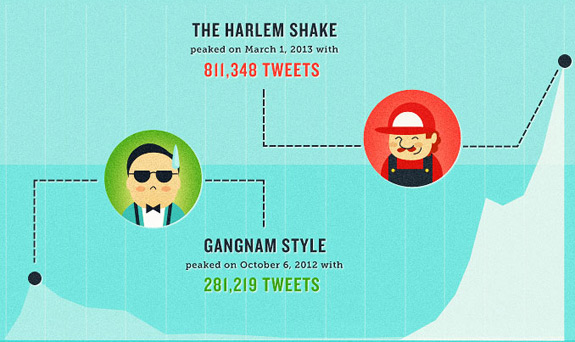 It’s been a while since we have posted an infographic, but the wait was worth it. We recently stumbled upon a Harlem Shake Vs Gangnam Style Twitter showdown that compares data collected via the popular social media network over a 30 day span. The infographic takes a look at the total number of Tweets and reactions both positive and negative among other interesting data. With over 10 million tweets worldwide the Harlem Shake won the showdown, but in Gangnam Style’s defense, Psy’s song has had a never ending impact on pop culture.