Rewind: Justin Timberlake “Beyonced” NSYNC During Their Performance At... 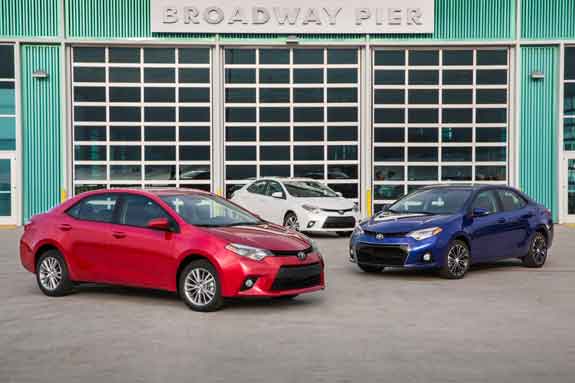 Fun, Sun, And An Elevated Experience Driving The 2014 Toyota Corolla 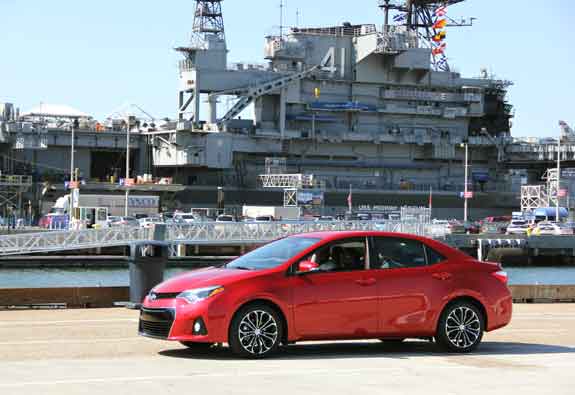 Mankind Unplugged was invited to test-drive the 2014 Toyota Corolla first and we were revved up to ride. We had some big plans for fun in the sun while we tried out the latest and great features unveiled in the ’14 model. We expected the same sedan the nameplate is known for – dependable yet somewhat predictable. As it turns out, the all-new Corolla has embraced its adventurous side, and we were in for a surprisingly elevated ride.

By definition, the word “elevated” means elated in feeling or mood, high-spirited, raised especially above the ground or an elevated platform. Our San Diego experience with Toyota elevated our expectations, raising the bar with its sleek sporty styling and enough horsepower to get us galloping through the gate. 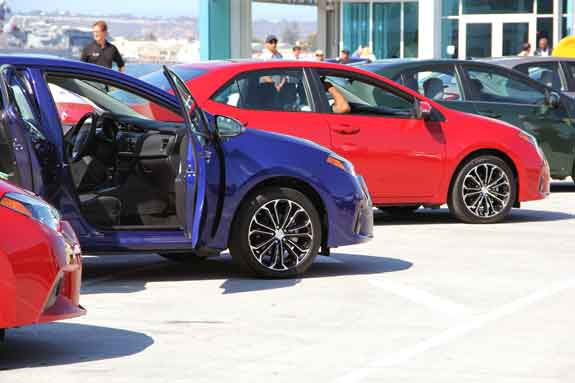 San Diego is the perfect backdrop for awesome land, water, or air adventures. Whether you want to golf, go kayaking, or whale watch, this city is your one-stop adventure stop. Some folks go to San Diego to take advantage of world-renowned spas to relax, rejuvenate, and restore body, mind, and spirit. Not us. We sought out the open-road recreation, packing our bags and heading to the sunny city for an adrenaline-pumping thrill. We have to admit, we never experienced San Diego the way we did cruising the streets in the sharply stylish 2014 Toyota Corolla. 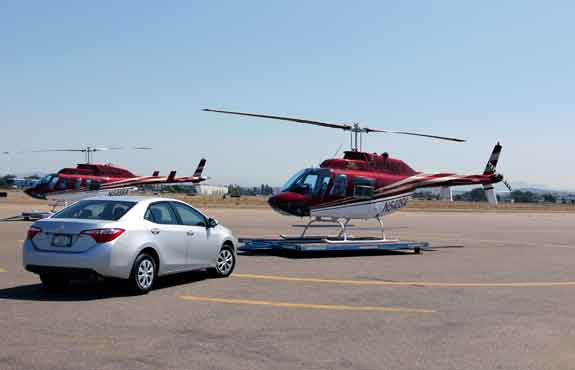 Before we began our elevated excursion, we fueled up at a breakfast buffet that included a product presentation by some of Toyota’s executives including Chief Engineer Shinichi Yasui and the very charismatic James Colon, Vice President of Toyota Product Communications. Once we were educated on what to expect, the real fun began. Each of the new Toyota Corolla models (L, LE, LE Eco, and S) were available on the Port Pavilion at Broadway Pier, where we had an opportunity to pick which car we wanted to take to our first adventure, a helicopter ride.

Corolla’s new design theme was “Iconic Dynamism,” which is functionally sound design direction that has an immediate, dynamic impression and reflects an image relatable to younger drivers. ~ Shinichi Yasui

The first thing we noticed before driving off was the upgraded redesign of the 2014 Corolla Toyota. The car looks dramatically better than previous models and actually has a more upscale look. The new LED headlights, standard on all models, give the ’14 Corolla a trendier and more sophisticated look. The prominent rear deck and rear spoiler also lend to the sedan’s edgier and sleeker styling. With Corolla in its 11th generation, it’s great to see how far Toyota has evolved since the first Corolla was introduced to the U.S. in 1968. 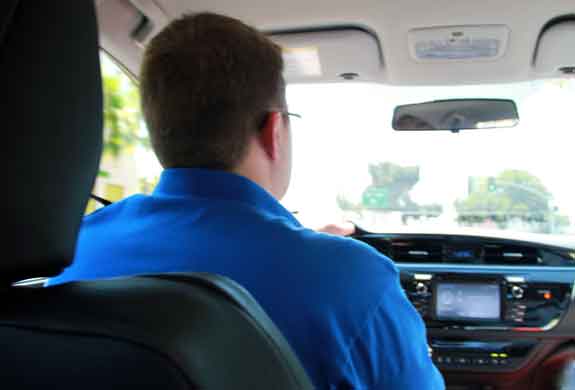 Once we got inside the new Corolla, we were ready to press the pedal to the brand new metal. As we cruised the streets of San Diego, our first impression was how many amenities were standard in such an inexpensive car. Talk about shotgun sophistication. Starting at $16,800, even the standard Corolla offers bold structures and a supercharged interior. We enjoyed the spacious legroom and how fluid the dashboard was; most of all, we loved that the standard Corolla enabled Bluetooth® connectivity. The ability to sync an iPhone up to the car in a matter of minutes elevated our experience as modern motoring. The ride was smooth, relaxing, and lavishly equipped as we made our way to the big helicopter ride. 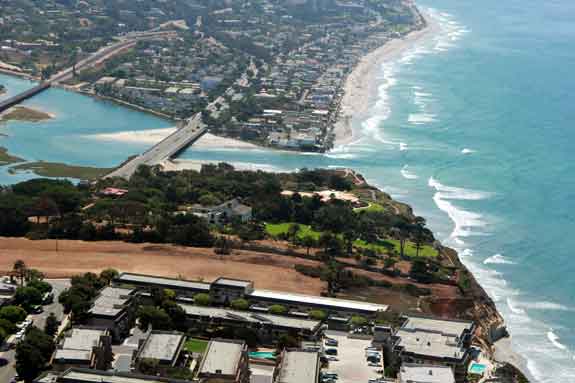 After seeing another side of San Diego from our helicopter tour, it was time to upgrade our driving experience by jumping into the Toyota Corolla S. Adventure was the name of the game this weekend, and next we would jump off a cliff for a paragliding exciting experience. It seems the thrills were coming from every direction. Immediately, we felt the difference between the standard Corolla and the Corolla S. The standard Corolla lacked a remote keyless entry system, which but the S had this base covered. The S trim also offered some additional features usually reserved for the luxury car lines, including a premium auto system and push button start. 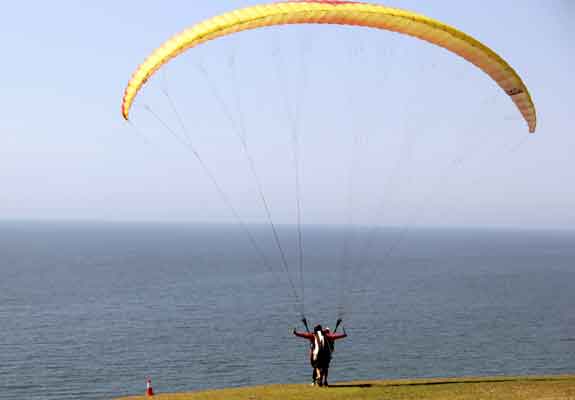 We were most impressed by the Corolla S with its ease in making U-turns. As we navigated the streets of San Diego, we had to make more U-turns than we expected, thanks to some shady directions. The steering column proved very easy to maneuver and didn’t have the heavy feel that most non-luxury vehicles tend to have. The integrated backup monitor system, which discretely includes a camera located at the rear of the vehicle above the license plates, also came in handy.

We made the most of our trip to San Diego, with spine-tingling escapades from our helicopter tour (Did you guys know about the nude beaches out there?) to our paragliding adventure, and more. But the unexpected frills and thrills of the newest Toyota Corolla raised the roof of these experiences. We went great places and saw some amazing sights. And just when we thought we’d seen it all from this well-known sedan, the 2014 Toyota Corolla elevated our expectations and our adventures. We’re just saying, San Diego was full of surprises, but nothing shocked us more than our 6’3 driver manning this motor like a true champ. 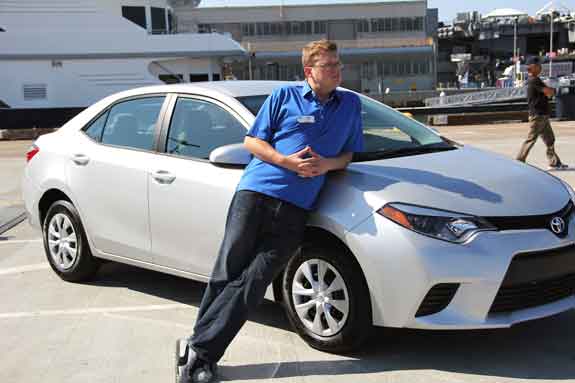 We have long thought of the Corolla as a “starter” or girl’s car; however, after being behind the wheel as well as riding in the passenger seat while a 6’3 guy took the wheel (our good friend Chris from ManJr.com), we were forced to reconsider. If you are a guy looking to find your next adventure in a sporty and affordable car, consider the Toyota. Surprisingly, this affordable compact sedan offers an elevated experience with its improved exterior style and continued reliability.

The all-new 2014 Corolla arrives in showrooms in early September. To learn more about how you can elevate your drive and custom build your own Toyota, take the jump over to Toyota.com.

One Response to Fun, Sun, And An Elevated Experience Driving The 2014 Toyota Corolla