The Hobbit: The Desolation of Smaug [Official Trailer] 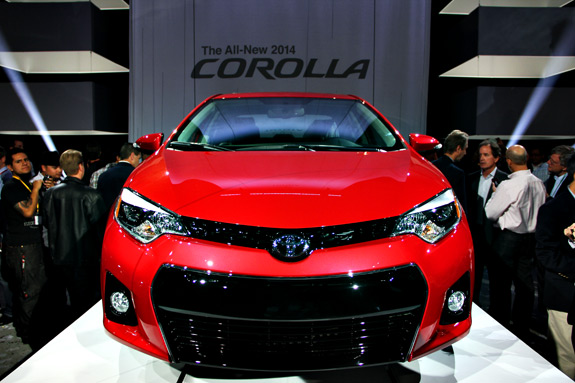 Toyota recently held the global reveal of their all-new 2014 Corolla and we were lucky enough to snag an invite. The appropriately name event called “Corolla Elevated” featured a unique entertainment experience with distinctive culinary selections and several vintage Toyota Corolla‘s on display, but the highlight was getting one of the first looks at the all-new 11th generation Corolla. 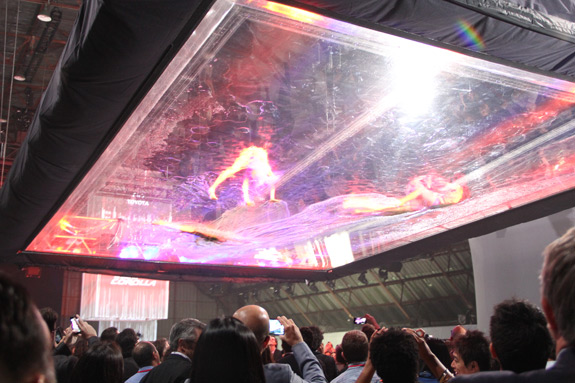 Leading up to the car’s debut, Toyota delivered an unexpected and unforgettable event, as promised. They rolled out the red carpet with delicious food and beverage selections prepared by Chef Richard Blais, winner of Bravo TV’s Top Chef All-Stars. We enjoyed an array of extra ordinary performers that ranged from ladies swinging from the rough and swimming in pools suspended in mid-air. We also took a stroll down memory lane, viewing Toyota Corollas of past just before the big reveal. 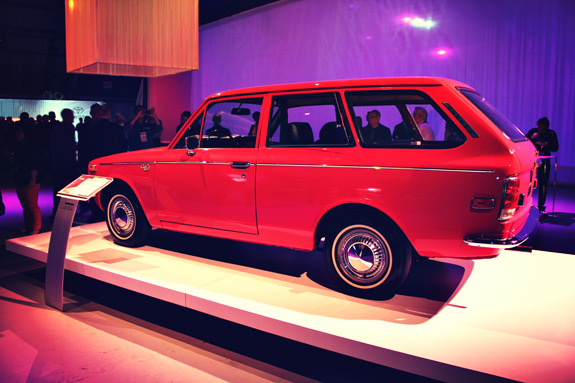 The big debut came next. Toyota exceeded our expectations with the surprising styling and changes to the all-new 2014 Corolla. Our first impression? It’s modern and sleek. Dynamic and dramatically styled, the 11th generation Corolla is sure to please consumer perceptions of this iconic compact. 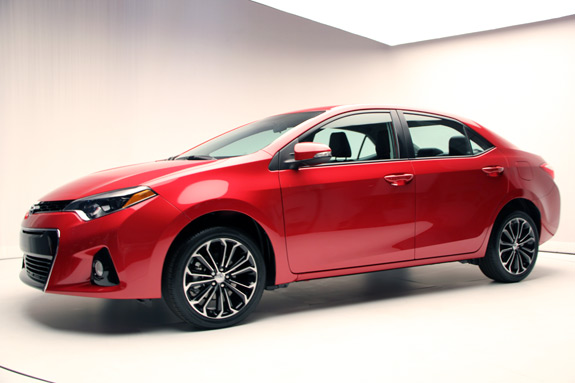 The 2014 Corolla offers exciting exterior styling and modern interior design with premium flare. The new design features a more advanced, modern-looking vehicle with an athletic stance and greater presence, including more pronounced flared wheel arches. The simplicity and athletic character of the clean sculpted surfaces help provide the Corolla with an elegant exterior, building on the “Iconic Dynamism” seen on the Corolla Furia concept car that debuted at the 2013 North American International Auto Show in January.

The car’s profile features a sweeping character crease that spans the length of the sedan and accentuates the integrated door handle design. The 2014 design tapers toward the front and rear of the vehicle to emphasize the wheel arches, with a longer, faster sloping roofline that blends into a shorter rear deck to lend the sedan a sportier image. 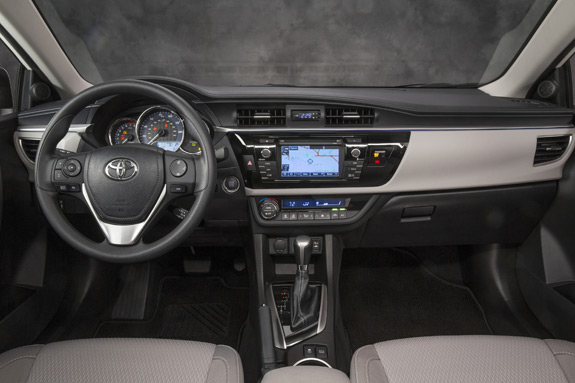 The interior of the all-new Corolla highlights Toyota’s attention to detail. The instrument panel and surrounding areas are finished in premium materials with piano black surfaces, metallic accents and decorative pin striping to elevate the compact car experience. Exquisite textured graining and soft touch material cover the top of the dash panel and key touch points in the cabin. With other upgrades, including choices premium seat-covering fabrics, the new model offers a more spacious interior with more legroom than previous models, thanks to its longer wheelbase. 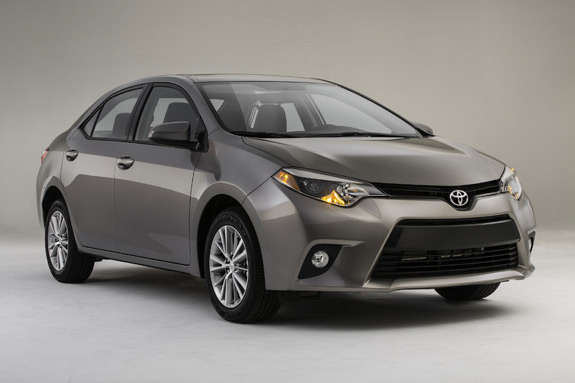 We enjoyed the topnotch event and reveal, demonstrating Toyota’s commitment to excellence in all that they do. The all-new 2014 Corolla Toyota was exciting and impressive, and we look forward to it’s acceptance by both Toyota loyalists and new Corolla shoppers in the popular compact car segment.

Vehicle pricing and option packages will be made available closer to launch timing. If the event for the unveiling of the all-new 2014 Corolla is any thing like the unveiling event, Toyota will definitely elevate the consumer’s experience.

One Response to Elevated & Unveiled: The All-New 2014 Toyota Corolla