Luxury Out Loud With Lexus

Lexus Will Unveil The All-New RC Coupe At The... 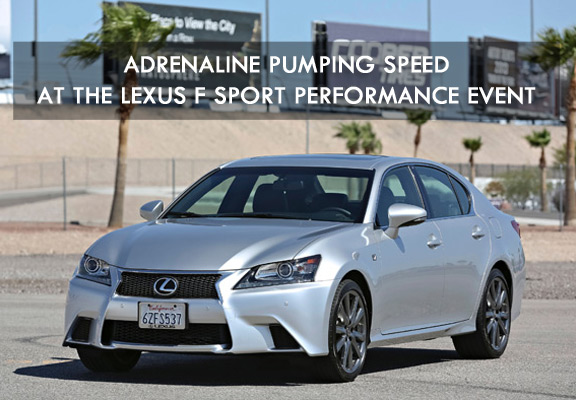 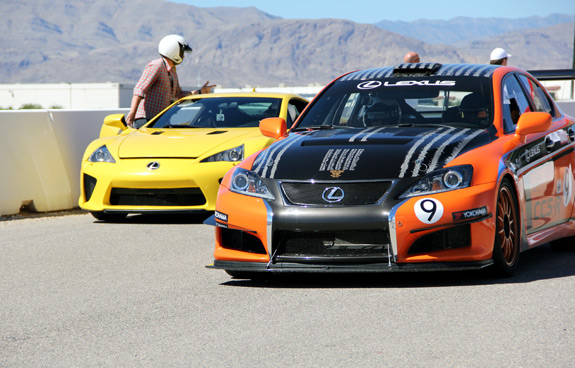 Lexus has always been synonymous with luxury, but speed? When we descended upon Las Vegas for the Lexus F SPORT Performance Event, we learned Lexus has a few “fast” tricks up their sleeve. If anything, we arrived expecting a sophisticated yet sensible, high-class mom-mobile, but what we found was a luxury vehicle that offered the thrills of a sleek little sport car.

The good folks over at Lexus were kind enough to invite us to Las Vegas to scope out the recently opened Nobu Hotel at Caesar’s Palace and their all-new F SPORT lineup. Before Lexus introduced us to the Lexus Performance and F SPORT vehicles at the Las Vegas Motor Speedway, we were treated to a Zen-like experience at the Nobu Hotel, a 181-room-and-suite boutique property within Caesars Palace. Celebrity partners include Oscar award-winner Robert De Niro and famous Japanese chef Nobu Matsuhisa.

The Nobu immediately grabbed our attention with its excellent service and minimalist design. We absolutely loved this place. Nobu Hotel had it all, from the simple comforts to stylish flair and a private check-in. A quiet oasis within the hustle and bustle of the lit-up Las Vegas scene, Nobu offered a distinctive sanctuary with suburb attention to detail before we got behind the wheel of the thrilling F SPORT lineup.

The first night we enjoyed a special sake tasting happy hour that included a Nobu sushi chef preparing some wonderful dishes. After tasting a delicious selection of Japanese cocktails the Lexus execs gave us the rundown on the new Lexus F Sport during dinner and explained #WhatstheF. We’ll tell you #WhatstheF – it’s Flagship. Essentially representing the high-performance division of cars produced by Lexus, the first flagship vehicle was specially designed with high-output powertrains and unique development processes. As we were about to see for ourselves, because what the… FAST ride! 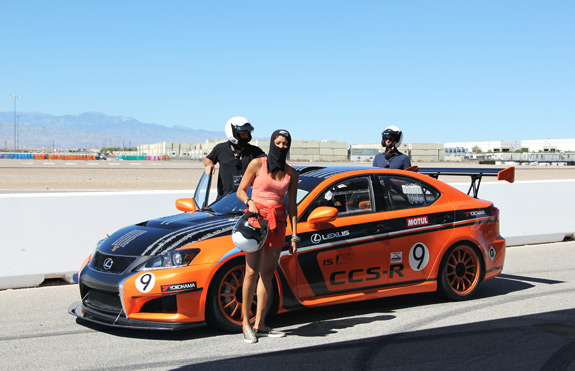 After waking up in our quiet, cozy oasis, and plush king-size bed, we went to the Las Vegas Motor Speedway to get behind the wheel of the scintillating F SPORT lineup. We were lucky enough to ride in the LFA with pro-driver Scott Pruett, the most successful Daytona Prototype driver ever, and in the IS F CCS-R with pro-driver Ken Gushi, the youngest driver in Formula Drift history. If you’re a car Impresario, you know how big a deal this is.

Riding in the IS F CCS-R and LFA definitely made for an adventurous, adrenaline-rushing ride. Did we mention the LFA sports a compact 4.8-liter V10 engine?

The IS F was the first Lexus to boast the “F” badge, featuring an eight-speed direct sport-shift and transmission in a 5.0-liter V8 engine that delivered a galloping 416 horsepower. Even with this pedal-to-the-metal performance, it also had impressive handling on both the road and track. Along with the LFA supercar, the IS F performance sedan proves the nameplate can crank out more performance than we ever thought possible. 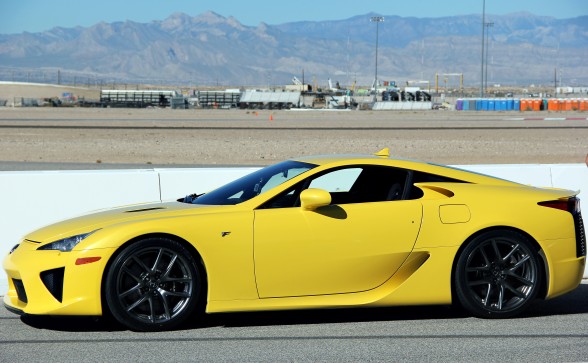 Like the LFA, much of the IS F development took place on the track, and we were fortunate enough to experience it in action at the Las Vegas Motor Speedway.

Before our pulses were racing around the tracks in those two mighty models, we had an opportunity to test the differences of all F SPORT models, including the CT, GS, LS, RX, and the all-new 2014 IS 250/350 F SPORT. Already familiar with the IS line, we were eager to put the key in the ignition to see how the factory-tuned F SPORT models stacked up against the standard IS. 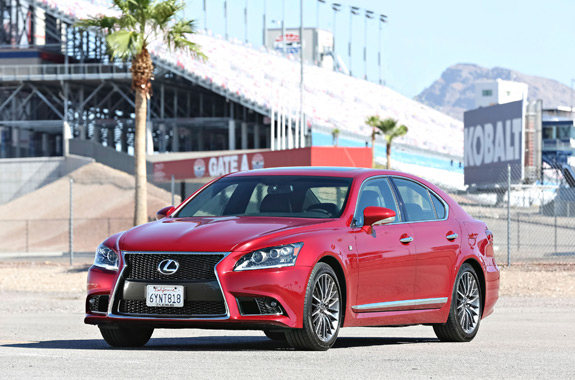 The F SPORT didn’t disappoint. Impressed with its appearance, we also appreciated how well the car handled on the track. Driving the car in sports mode, we immediately felt that surge of extra power. There is something extra special about a car that looks good and performs like a champ too. It’s like finding a supermodel wife who’s also a great cook. Some of the features that make the IS F Sport so appealing include: twin projector LED Headlamps, F SPORT leather-trimmed sport seats, Sport-tuned suspension, 18-inch staggered width split five-spoke wheels, front fender badges, and a perforated leather steering wheel. Yes, our ride was pimped. 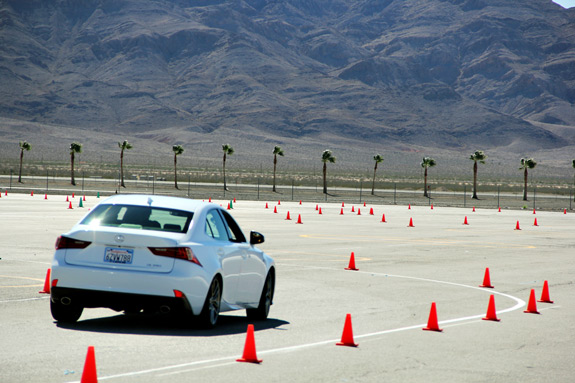 Available on all IS models, the F SPORT model encompasses an exclusive sporty interior, aggressive exterior design and extensive performance enhancements. F SPORT packages vary according to model, but each F SPORT model has distinct wheels and grilles. We like to go fast, but we like it even more when we look really good going really fast. It was clear that the Lexus F SPORT vehicles offer luxury with a more aggressive edge – an utterly thrilling combination.

What we learned from our driving experience is that, after 25 years, Lexus is still synonymous with luxury. However, the F Sport line is not your run-of-the-mill motoring. With a lineup that embraces luxury and high-speed performance, Lexus now blends its luxury brand with a satisfying adrenaline high.