Luxury Out Loud With Lexus 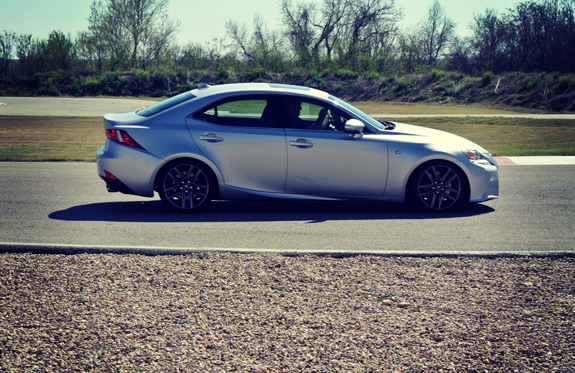 CRAZY
SXSW is a crazy mash up of everything cool; music, film and interactive, just our kind of scene. Artists, celebrities, hipsters, trendsetters and more descend on the big little town of Austin, Texas for 10 days in March. What better way to introduce the newly designed Lexus IS than at the festival. 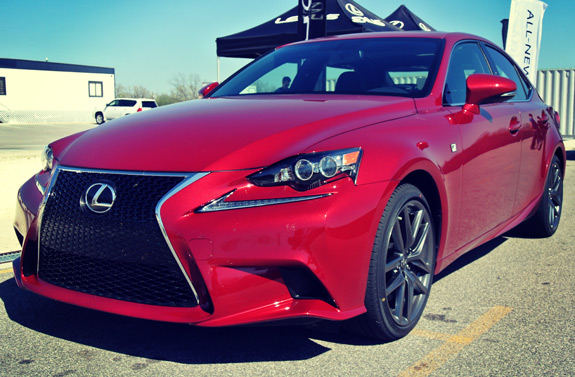 SEXY
Mankind Unplugged was invited to SXSW by Lexus to test drive the 2014 Lexus IS. The car exudes sex appeal and power. A sleek curvaceous frame with the newly added spindle grill is reminiscent of a bond-esque performance vehicle. But before we could push our stiletto heel to the metal Lexus dropped a little knowledge on us at Lexus College. 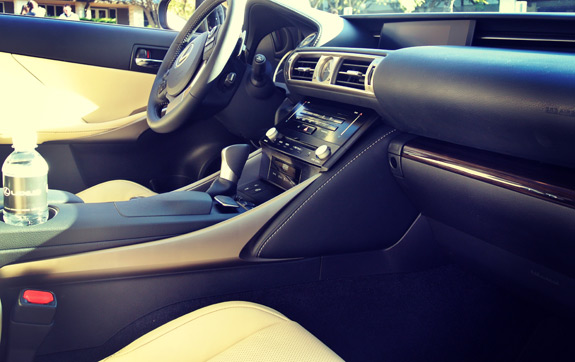 COOL
During the presentation we learned about the features and technology incorporated into this latest incarnation of the IS. A delicious lunch was hosted was Brian Smith, VP of Lexus Marketing and the one responsible for putting together experience. Then it was on to the walk-around where we examined in detail the car’s interior and exterior.

We were now ready to put all our newly acquired knowledge to good use and kick up some dust on the open road. We arrived at the Driveway Austin race track and there we were given a chance to drive a BMW 3 series, a Mercedes C Class, and all of the new Lexus IS 250, IS 250 F Sport, IS 350, IS 350 F Sport to compare. The 2014 Lexus IS had an amazingly smooth ride with an interior like a race car. The 6-speed electronically controlled automatic transmission, (0–60 mph acceleration in 5.6 miles on the IS 350) was plenty to feed our inner speed demon. The transmission features paddle shifters and the G-force Artificial Intelligence (G-AI) system which automatically selects the optimum gear and downshift pattern in response to G force. 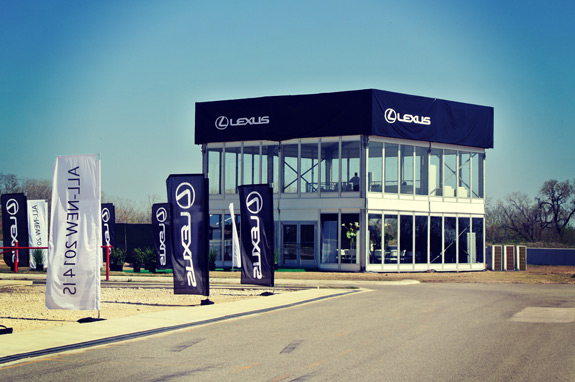 Although we’re not professional drivers, we thought we drove the Lexus IS well. You wouldn’t even know there was a girl behind the wheel. That is until Lexus’s ‘drive meister’ Yoshiako Ito almost drove us off the road. We thought we were “rolling” and handling the track well, but when we slowed a bit to make a turn and Ito was right on our bumper. We eventually floored it, but decided to get off the track and watch the master do his work. Watching Ito drive showed us that the new Lexus IS was made for driving.

Off the race track the car’s luxury features made navigating the crowded streets of Austin a breeze. Although we spent a lot of time in the car we were not a fan of the “cock pit” between the driver’s seat and the passenger seat. We found the “Instrumentation and Controls” in between to be bit overwhelming. If you are a man who likes expensive cars with a bunch of gadgets, you will love the new Lexus IS. 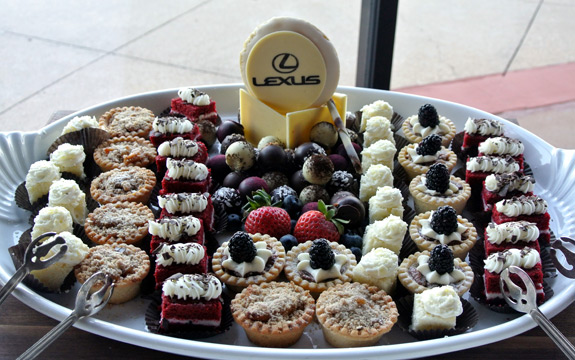 After our driving experience, Lexus hosted a fabulous reception dinner with the cars prominently displayed. The guests were from all over the world. The food was delicious and we got a chance to network and mingle with everyone.

The 2014 Lexus IS is the perfect combination of cool design, outstanding performance and reliable safety. Overall we feel it is a cool car and definitely worth investing in.

If you think the new Lexus IS looks sexy and cool make sure to visit www.lexus.com to learn more about it.