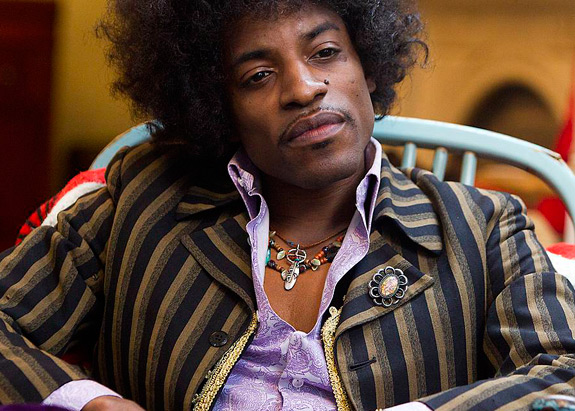 Outkast has reunited and Andre Benjamin, known as Andre 3000 is channeling the late great Jimi Hendrix in the new biopic “Jimi: All Is By My Side.” The new trailer for the forthcoming controversial movie was released and it appears that Andre has nailed playing the role of Hendrix. He looks like him, sounds like him, and has even picked up the legends mannerisms. This is not a bad way to step back on the scene after being gone for so long.

The trailer shows Andre as Hendrix in London in the mid to late 60’s. At first glance, it seems like a good film. Unfortunately, there is a lot of controversy surrounding this flick. The Hendrix estate wouldn’t grant the rights to any of Hendrix music, possibly dooming this visual biography from the start. Also, a former girlfriend of the guitar legend came out and said that some elements of the film “are completely made up.” Considering everything in Hollywood is made up, we hope this won’t be a reflection on your opinion of Andre 3000’s ability to deliver the Jimi Hendrix experience.