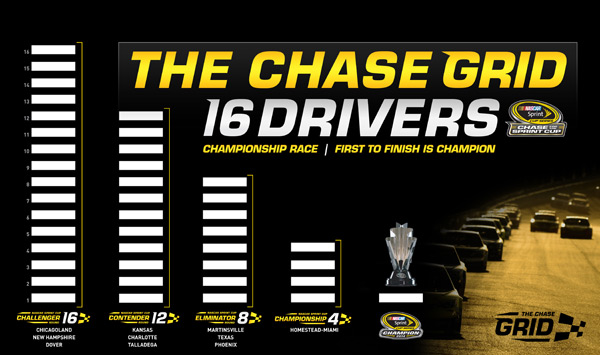 NASCAR is kicking off their Chase For the Sprint Cup with a new format and a new “Chase Grid.” NASCAR’s Chase is like no other playoff in sports. The Chase Grid looks very much like a basketball bracket, but it’s much more than that. It’s not a bracket, it’s a grid!

NASCAR always does things a bit different. After all, it’s NASCAR. For those that don’t follow the sport, NASCAR announced a radically new championship format earlier this year that put greater emphasis on winning races. NASCAR’s Chase playoff format expanded on the Chase field from 12 drivers to 16 drivers competing for the coveted champion title.

If you are still unsure how the new NASCAR Chase format works, don’t worry. NASCAR has you covered with a very delightful video explaining all you need to know.

VIDEO: Spreading The Word – The all-new Chase for the NASCAR Sprint Cup

As NASCAR fans, we couldn’t resist jumping in on the action. Check out our picks blow and make sure to check back each round to see how we are doing. 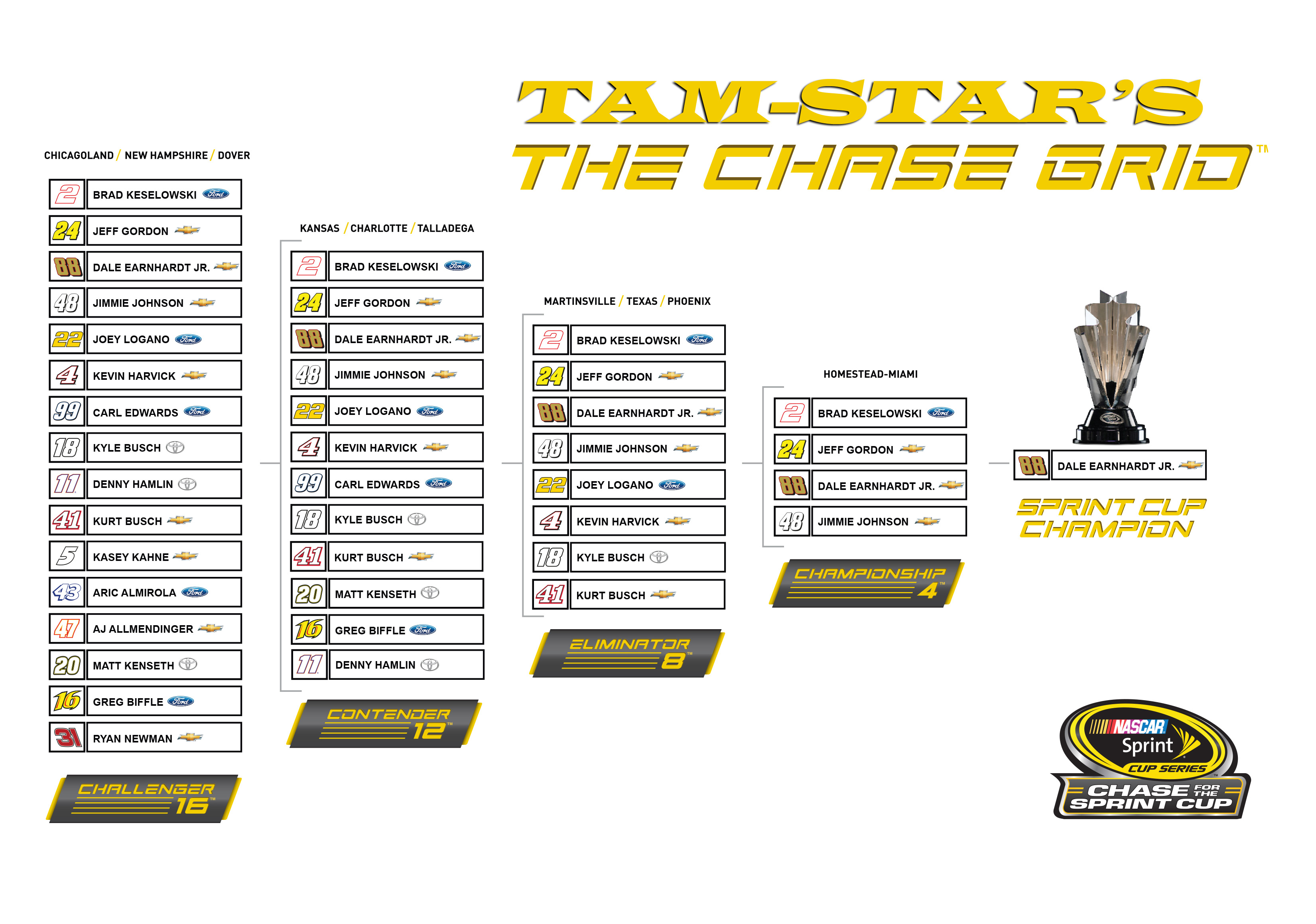 Make sure to visit NASCAR.com/chase to learn more about NASCAR’s Chase for The Sprint Cup and follow the hashtag #MyChaseGrid to catch up on all the action.