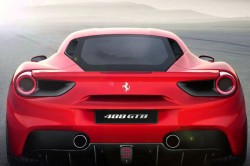 Five Cars to Rev Your Engines for in 2016 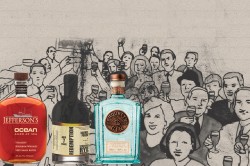 Drinking Demystified One Sample at a Time With Flaviar 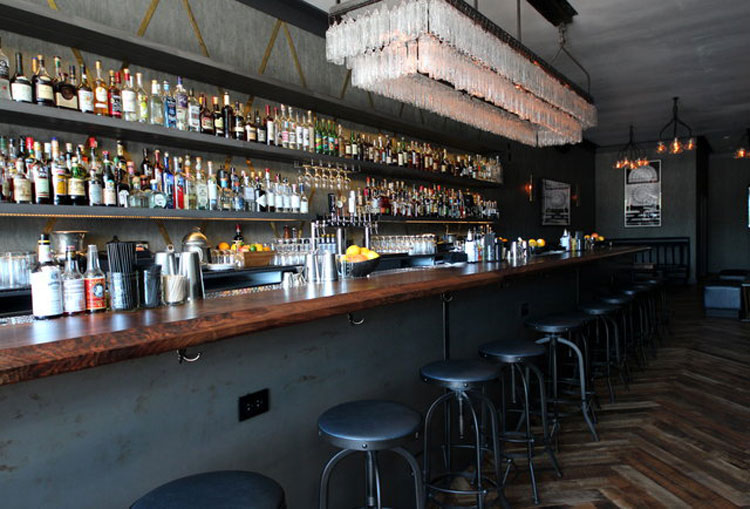 Whether debating about the cost of living or the best place to live, emotions always run high when discussing what city offers the best nightlife. Thrillist.com put together a comprehensive list of 16 best drinking neighborhoods in the country and similar to choosing from a list of players for your fantasy football league, we decided to pick the cities we thought were the best. Below are our thoughts on the top 5 drinking neighborhoods in the good old USA. Let us know if you agree.

Thrillist: Although you’ll probably find more locals making bad decisions 45 minutes north in Fort Lauderdale on Las Olas Blvd, and you might need a Chris Bosh-sized wallet to truly get the most out of this ‘hood — South Beach is still Miami Vice personified.

Sure, you can spend $500 on a bottle and a couch seat at the Wall, but for every status trap there’s a better alternative, sometimes even in the same building (like a legit cocktail from at the W’s Living Room bar!). And while you’re at it, The Broken Shaker — lauded by Tales of the Cocktail as the best hotel bar in the country for its mix of technique and creativity — is another hotel bar must.

For a true classic, try the Regent Cocktail Club, and on the divier side, Miami’s oldest bar Mac’s Club Deuce is lauded by the ever-discerning Anthony Bourdain. The bonkers club scene EDITION is where you can dance to a DJ or go ice skating, and Vintro Hotel is your move for Art Deco rooftop pool vibes.

Our thoughts: Miami is one of the sexiest places in the United States. Who wouldn’t “feel good” drinking on the beach and watching beautiful ladies all around sipping on cocktails. We have had some great times in Miami and a lot of our fun can be contributed meeting some cool people while hanging out at awesome bars on South Beach. Can you say Wet Willies?

Thrillist: Ten years ago, the best Austin locale for drinking was clearly the stumble-friendly 6th Street, and five years ago the Eastside burned bright and hot with fresh Edison bulb gentrification, but these days, the best place to drink in Austin is undoubtedly Rainey Street.

What once was a sleeping street of bungaloos a short pedicab ride from Downtown has now been saturated with enough bars to rival its Downtown college counterpart, except instead of $2 you-call-its, you’re getting classic cocktails and microbrews. The demographics are heavy on husband hunters and work-hard, play-harders, but no amount of questionable patrons can spoil such a wealth of wonderful watering holes. Two of the city’s best beer bars, Banger’s and Craft Pride, combine for an unbelievable 150 taps, while neighboring Half Step imported one of LA’s best bartenders to create an old-fashioned cocktail experience that’s refined but without pretense. The whiskey selection at The Blackheart is world-class, plus its stage is one of Austin’s most underrated. If that doesn’t do it for you, there are at least 10 other totally respectable bars like Clive Bar, Lucille, and Bar 96 to stop at along the way.

Our thoughts: Austin is everything! The laid back crowd and the mouth watering BBQ make this sleep town a delightful place to visit. It’s also a college town. And where there are frat boys there are great bars. Whether you are looking for a quirky or classy bar, Austin has something for everyone, including the hipster guy.

Thrillist: As locals will tell you, New Orleans is more than Bourbon St. It’s not just strip clubs, Huge Ass Beer signs, and neon lights crammed into a few-block stretch that smells of vomit and has an oddly high number of people yelling Bible verses. But the catch here is that the French Quarter is also more than Bourbon St — it’s so stacked with incredible cocktail bars, centuries-old drinking spots, and delightfully dirty dives that it’s almost unfair to the rest of the city.

Corralled inside that 13×6-block square, you can order a Sazerac from Chris McMillian or a Tom and Jerry from Chris Hannah, two of the country’s top bartenders who are pouring at Kingfish and Arnaud’s French 75, respectively, while simultaneously upping your ‘tail knowledge, since both are encyclopedias on the classics. Or you could plan a Tiki crawl to three of the country’s best: Tiki Tolteca pours funky standbys above a fast-casual Mexican spot, while next door, the man who sparked the current Tiki revival has his own bar, Beachbum Berry’s Latitude 29, and down the road Cane & Table offers a giant selection of summery drinks. Grab a Grasshopper at Tujague’s where it was created or a Pimm’s Cup at the Carousel Bar, where it’s basically been perfected. Simply want a beer? No fear — local crafts are on the rise.

Our thoughts: With an endless number of drinking establishments in a small radius, it is easy to understand why this charming city made the list. Full of character, the historic French Quarter is said to be magical – in a voodoo kind of way. The old architecture is something to marvel over and the neighborhood is quite simply a place you can hang out in the morning, afternoon or evening. Hang out and drink that is.

Thrillist: As much as we love a carefully crafted cocktail, there’s also something magical about a jello shot syringe purchased from a scantily clad sidewalk vendor. Beale Street is without a doubt the most hedonistic ‘hood on this list, but the liberal open container policy isn’t the only reason Beale boasts a rep as the most visited strip in all of Tennessee.

Music lovers can pay tribute at B.B. King’s Blues Club or at the Jerry Lee Lewis’ Cafe, but at any given time you’re just as likely to hear a revelatory solo at a hole-in-the-wall bar or even a makeshift alley stage. Admittedly you might end up with the same replaceable cover band, but the pours are strong enough and the history deep enough to forgive a half-baked rendition of “Ain’t No Sunshine.” It’s the type of street you want to roll deep on, especially when confronting massive challenges like Silky O’Sullivan’s rum-fueled Diver Bucket or a neon daiquiri from Wet Willie’s. But since we are adults after all, we suggest ending the evening with a civilized absinthe cocktail at the King’s Palace Cafe’s Absinthe Room or trekking a block north to the Blind Bear.

Our thoughts: Don’t be fooled. There is more to Memphis than Elvis. Whether you are looking for a dive bar or live music, Memphis offers it all. There is not much to differentiation between bars and clubs in Memphis, but ultimately the neighborhood offers a bustling nightlife scene. Luckily for locals and visitors, the thriving music scene gives way to a legendary colorful bar scene.

Thrillist: New York City’s incredible number of bars makes this a tough choice, but as much as we loved the glory days of the East Village, and look forward to Greenpoint reaching critical mass, our NYC nod has to go to the best 20-something playground in the world: Williamsburg. Whine if you will that it’s sold out and bro’d out, but few places in the country can compare to the staggering density of truly amazing imbibing establishments.

Union Pool is the place for a regrettable make-out session with one of those beautiful young “creatives,” Radegast has your outdoor day-drinking sessions covered, and Baby’s All Right actually offers decent drinks in addition to a chance to rub elbows with the Pitchfork crowd. If you like your absinthe paired with oysters (we do!) Maison Premiere is the move (especially on dollar shell Sundays), and even the most high-nosed dark spirit snob will be impressed by the 400 whiskeys on the shelves at Noorman’s Kil. For those looking for the cheap seats, The Drink’s $5 punches are solid, as are just about anything paired with the honky-tonk vibes of Skinny Dennis. And since NY is the best place to see DJs in the country, we’d be remiss not to mention the monstrous Funktion-One sound system at Output (escape to the rooftop if it’s too loud), or Questlove’s now-legendary residency at Brooklyn Bowl.

Our thoughts: New York, New York is more than the big city of dreams. It’s the city that never sleeps and when people are up all hours of the night, they are surely on the hunt for a good bar. New York doesn’t disappoint. The club scene may be a thing of the past, but the bar scene in New York is shining bright. New York will always be the epicenter of America when it comes to nightlife (mainly bars). After all, it is the Big Apple.

To check out the full list of 16 best drinking neighborhoods in the country recommended by Thrillist.com click here.