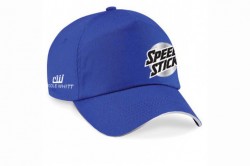 Whitt Not Sweating It With Speed Stick Support 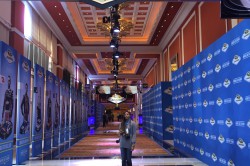 When it comes to sports stars, the majority have a routine they follow pre-game. These rituals can range from waiting until the very last minute before lacing up their sneakers to needing particular objects by their side to feel confident. It is something that is true for sporting heroes at every level, and these superstitious rituals can be crucial to their psychological performance.

One example is golf star Tiger Woods, whose achievements have given him a $700 million net worth. He is second only to the legendary Jack Nicklaus when it comes to winning the ‘majors’ and has claimed every top prize available in this sport. While most people would consider that the reason for his success is the amount of practice he puts in, coupled with natural talent, Tiger himself clearly considers red to be a crucial factor – as he has always worn it for big tournaments since his time as an amateur.

Tiger Woods is not alone in such eccentric beliefs. Real Madrid star Ronaldo is another superstitious type. Ronaldo has won domestic league titles and Champions Leagues with both Madrid and Manchester United, scoring crucial goals in these games, and has a $230 million net worth as a result. In actual fact, Ronaldo has more than one odd ritual, but the most notable is his need to be the last to get off if traveling to a match by plane and first off if traveling by bus. It’s probably worth indulging him.

Serena Williams is a genuine legend in the tennis world, as the most successful female player since the days of Martina Navratilova and Steffi Graf. She is worth an impressive $145 million. The bounce of the ball is very important to Serena though, as she needs to bounce it five times exactly before each first serve and two times ahead of each second serve to feel at her best on the court. This is certainly a little unusual, but given that she also refuses to change socks during a tournament is perhaps the more appealing of her quirks.

Australian cricketer Michael Waugh has achieved fame within his sport for hit batting skills that have helped him win a record number of Test caps and a net worth of $20 million. He has played every match with a red handkerchief given to him by his granddad in one pocket.

Finally, there is former basketball player Michael Jordan. Considered by many to be the greatest player of all time, MJ was a multiple NBA Championship winner and that had everything to do with him wearing the same ratty old pair of North Carolina Tar Heels shorts under his main playing shorts throughout his career. It helped him secure a $1.14 billion net worth, so who are we to argue?

These oddball superstitions clearly worked for each of these sports stars, as they have all reached the very pinnacle. Do you have any similar superstitions that help you get by?