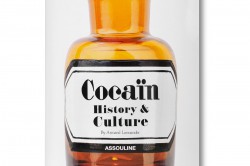 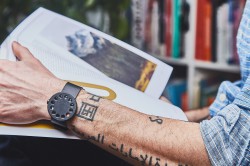 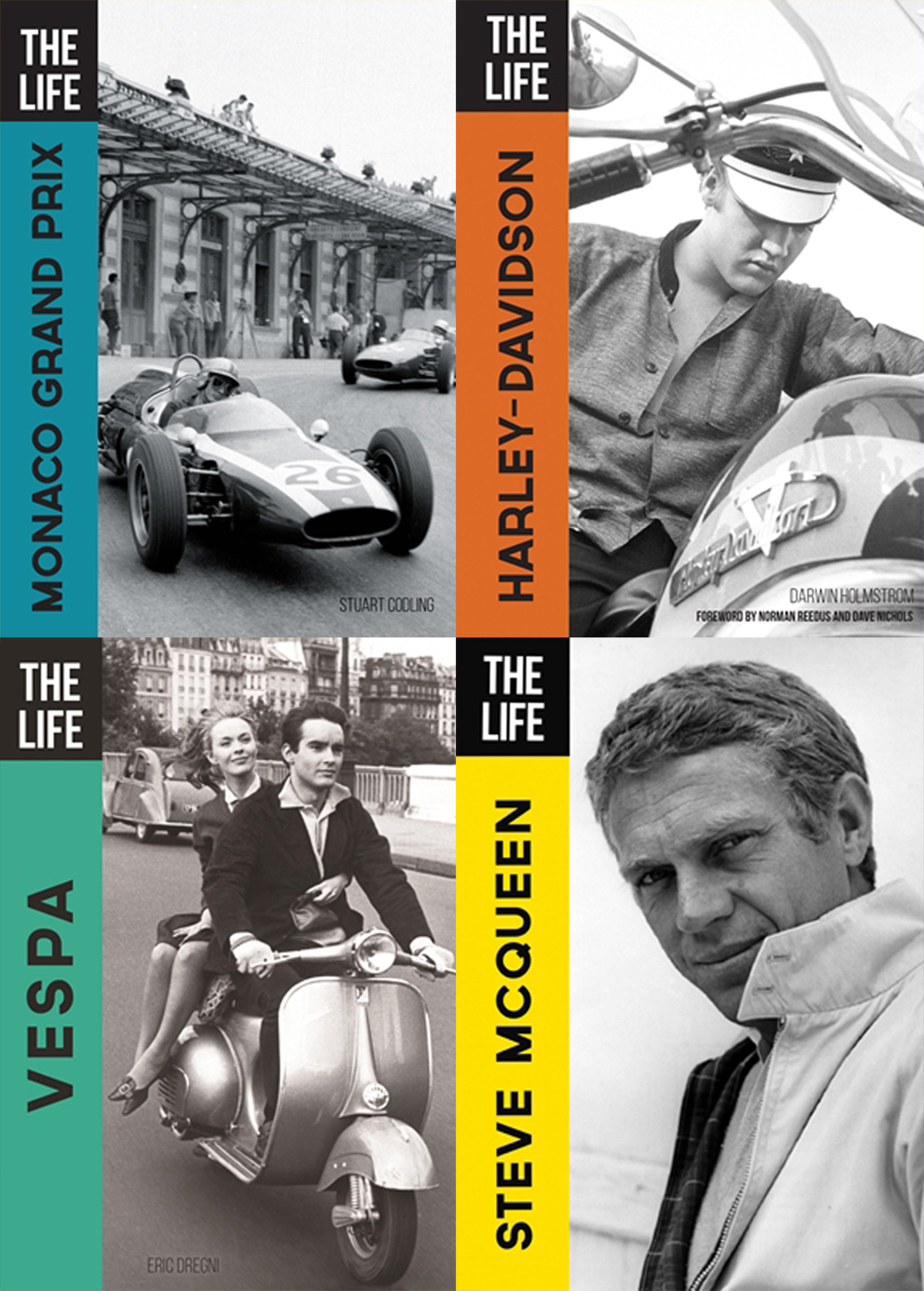 Whether you want to learn more about the life of rebel and icon Steve McQueen or you’re interested in the celebrity appeal of the Monaco Grand Prix at the Circuit de Monaco, the book series “The Life” has something for everyone.

The Life Steve McQueen celebrates the memorable aspects of McQueen’s life. The book explores and celebrates the films, racing, and effortless style that made Steve McQueen The King of Cool and an enduring icon. Period photos, illustrations, posters, and more, are combined to tell the story of a Hollywood rebel. Dwight Jon Zimmerman, the writer of The Life Steve McQueen, is a best-selling and award-winning author, radio show host, and producer. Most notable, he co-authored, with Bill O’Reilly,  the New York Times number-one bestseller Lincoln’s Last Days.

Vespa has defined the concept of “motor scooter.” To date, eighteen million Vespa motor scooters have buzzed the Earth. The Life Vespa celebrates all aspects of the Vespa and the thriving culture that surrounds the uniquely designed scooter.

The Life Harley-Davidson is more than a book about motorcycles. The book celebrates the joy and unabashed freedom that comes with owning a bike like a Harley-Davidson. From the television show Sons of Anarchy, famed biker group the Hells Angels, or profiling celebrity Harley fans like Elvis Presley, Hunter S. Thompson, Peter Fonda, and Arnold Schwarzenegger, this book covers all aspects of the Harley lifestyle.

The authors include Darwin Holmstrom, Norman Reedus, and Dave Nichols. Former Motorcyclist Magazine editor Darwin Holmstrom has written and contributed to over thirty books on subjects ranging from motorcycles and muscle cars. Motorcycle enthusiast Norman Reedus is known as Daryl Dixon in the AMC television series The Walking Dead. Here’s a little-known fact: Norman is also a best-selling author. Dave Nichols, who has written and produced over 1,200 TV commercials, is also the editor-in-chief of Easyriders and V-Twin motorcycle magazines. He was the on-camera host of V-Twin TV, a 26-episode motorcycle-related television series seen on the SPEED channel.

Most of you will never visit Monaco during the Grand Prix, but that should not stop you from dreaming of attending and exploring the history of the famed Formula 1 race. The Life Monaco Grand Prix gives you a behind the scenes look at everything that makes up the most glamorous and prestigious round in the F1 championship. The newest addition to “The Life” series explores the first Monaco Grand Prix in 1929 to today’s star-studded event. Authors Stuart Codling and James Mann paint a picture of the beautiful street-circuit that has made Monaco the most glamorous setting of any Formula 1 race. From celebrity fans, expensive boats, high-profile parties, private jets, exclusive clubs, classic architecture, and the Monte Carlo casino, there is so much more to the prestigious F1 Monaco Grand Prix. The Life Monaco Grand Prix explores it all.

If you are interested in reading about The Life, make sure to visit QuartoKnows.com for additional information on any of the books above.