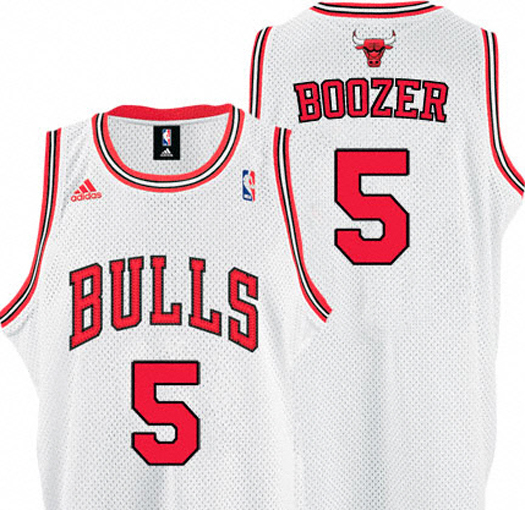 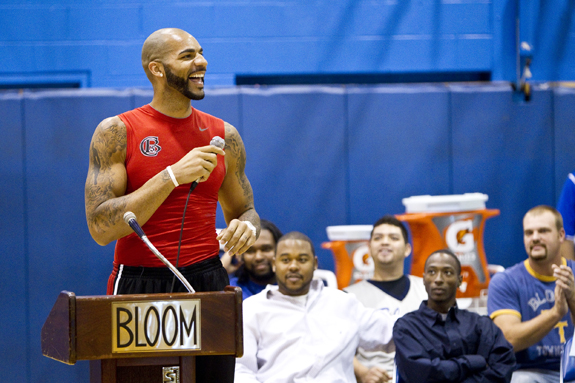 What do Carlos Boozer, Dwayne Wade and Dwight Howard have in common? If you guessed Gatorade, you guessed correctly!

Carlos, Dwayne and Dwight are all participating in Season 3 of REPLAY, the series fueled by Gatorade. Heather, of Mankind Unplugged TV, had the opportunity to speak with “Honorary Commissioner” Carlos Boozer right before an epic pep rally at Bloom High. With all the excitement building around the rematch of the controversial game between Bloom and Brother Rice players, Heather talked to Boozer about leaving Utah, the huge fan support in Chicago, and he also took the time to answer her rapid-fire questions. Hear what Boozer has to say when asked to pick between Kobe and Jordan, Lil’ Kim and Nicki Minaj, Sarah Palin and Alaskan dog races, and much more!

Gatorade REPLAY stages re-matches of classic games between some of the best high school teams and gives former teammates a chance to prove once you’re an athlete, you’re always an athlete. This year, Gatorade reunites two South Side Chicago high school basketball powerhouses – Bloom and Brother Rice – whose 2000 super sectional game ended on a controversial call involving the game clock and a questionable last second tip in. For more information on GATORADE REPLAY and to follow their journey, visit www.replaytheseries.com, official home of REPLAY, or the REPLAY Facebook fan page. Dwyane Wade and Dwight Howard will be the honorary coaches for the two teams, and will chat live with fans at 6:05 PM CT Friday 9/10 via www.ustream.tv/gstream. Game day commissioner Carlos Boozer will chat with fans live at 8:05 PM CT, and we will stream live from our post-game press conference.

HEATHER: Hey Carlos! Thanks for taking some time to chat with us here on Mankind Unplugged. We do guy stuff from a girl’s view.

HEATHER: Congrats on your move from Utah to Chicago. What’s the biggest difference so far comparing the two cities?

CARLOS: Chicago is a much bigger city. There’s so many different sports — with the White Sox, the Cubs, the Bears, the Blackhawks, and obviously the Bulls. But people support. I went to a Cubs game the other day and it was packed. I’m going to a White Sox this upcoming week and it’s gonna’ be packed. Obviously, the Blackhawks won the championship, the Stanley Cup. And we’ve got tons of Bulls fans and Bears fans everywhere. It’s awesome to see the support the city gives its teams.

HEATHER: Sounds like you’ve got your plate full of sports activities.

CARLOS: Chicago is a bigger city, it might be a little bigger in Chicago.

HEATHER: So seriously, what weighed your decision to leave Utah and go to Chicago?

CARLOS: Playing for another amazing franchise, a championship franchise, in a place I thought could compete for a title was very big on my list. Chicago presented that to me. They presented a team that had a bunch of young guys like Derrick Rose, Joakim Noah, Luol Deng, that were, in my eyes, great young players, with bright futures.

They put a coach in place with Tom Thibodeau that just won a championship in 2008 with the Celtics, and was close to winning another one last year losing in game seven with the Lakers. To me, all those things were encompassing in my decision. I wanted to have a chance to win a championship. I’m happy and proud to be a part of the Chicago Bulls.

HEATHER: To me, Deron Williams is the best point guard in the NBA. I know Derrick Rose is good, but did you see him in the Olympics? How many turnovers is he making? And he’s playing Angola. I gotta ask. Why did you leave Deron Williams all the way out there in Utah by himself?

CARLOS: No, no, I’m gonna tell ya’. Deron has unlimited potential on what he can become. He’s a young star on the rise, crazy potential. Obviously,
Deron back in Utah is phenomenal, only getting better as well. It wasn’t necessarily leaving him; it was just the opportunity to come to Chicago and I thought we have a greater chance of being a championship contender.

But I tell you one thing, D’ron is only gonna get better and better and better. And those words you’re asking me about right now, he’ll answer all those questions for you during the season.

HEATHER: You grew up in Alaska. Did the daylight thing give you any advantage when practicing outside? Were you out there at 3AM?

CARLOS: [laughs] I could be out there as late as I wanted to. The lights were always on, so I got a lot of practice in.

HEATHER: That’s awesome. Tell me a little bit about your involvement with this year’s Gatorade replay.

CARLOS: You know, there’s games you look back on, and wish you could replay those moments. Gatorade has been able to put together this replay that gives athletes the chance to replay the entire game. This upcoming Friday they’ve got Bloom versus Brother Rice. You know, Bloom got the tip in, that controversial should it have counted, shouldn’t it have counted? That’s the question.

But Brother Rice, they get a chance to revenge that loss they thought they should’ve had, at least in overtime in that game. That gives Bloom the chance to prove that chip in wasn’t a fluke. Once you’re an athlete you always feel like you’re an athlete number one. But number two, for these athletes it’s been 10 years. Are they’re out of shape, are they in shape?

Well, Gary was able to use the Gatorade Sports Science Institute to get these guys two months of training and physical education; make sure they’re eating right to get themselves ready for this game on Friday.

I’m looking forward to watching these two teams play, 10-11 years after the game was over, and seeing who’s in shape, who’s ready to go. Because as a fan of basketball, there’s probably about 10-15, 20 games I wish I could go back and replay and see if we could win.

HEATHER: That sounds awesome. You can watch that online as well. We’re gonna’ wrap this up with some rapid fire questions.

HEATHER: All right. Jordan or Kobe?

CARLOS: Oh, Coach K NBA because KK college is something else.

CARLOS: Alaskan sled dog race. That’s a good one though.

HEATHER: If you had to pick, would you take a “10” with bad breath or a “7” with good breath, a good body, an average face, maybe she’s got a cockeye?

CARLOS: I’d rather have the dime because I could always make sure she brushes her teeth everyday and get her some Tic Tacs.

HEATHER: There’s some robbery going on in your profession right now; are you wearing decoy jewelry or the real jewelry?

CARLOS: I’m going with D. Rose because he’s gonna’ be on my team shooting for it.

HEATHER: There you go! All right, Carlos, thanks for talking with Mankind Unplugged. Good luck this season.

CARLOS: Thanks for having me on guys. I appreciate it!