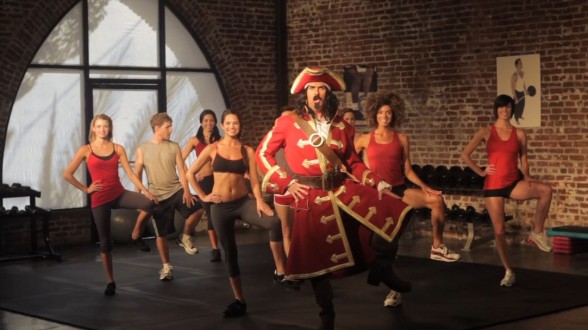 It is hard to imagine that someone would dare to put the words “Captain Morgan” and “workout” in the same sentence. Now throw in the word “resolution!” For those that are still trying to decide on a New Year’s resolution, Captain Morgan may have the perfect plan for you. He recently took some time away from leading legendary parties to shoot The Captain’s Workout, a high intensity, low impact workout video that not only works your core muscles, but also teaches you the right way to do his iconic Pose.

More about achieving his distinctive swagger, the Captain is also encouraging people 21 and older to upload pictures of themselves doing the Pose to the Captain Morgan USA Facebook page as part of his One Million Poses challenge, a yearlong, coast-to-coast pursuit to raise $1,000,000 for charity.

For every legendary Pose captured, Captain Morgan will make a $1 donation to the First Mate Fund, which benefits charities that support responsible drinking and other community programs.

Striking a pose, alcohol, working out… yes, we know visions of Madonna are floating in your head. Come on, vogue. Let your body go with the flow.