6 Reasons Why She Fakes The Big O

How To Compliment A Woman

Top 5 Things NOT To Say To Your Girl 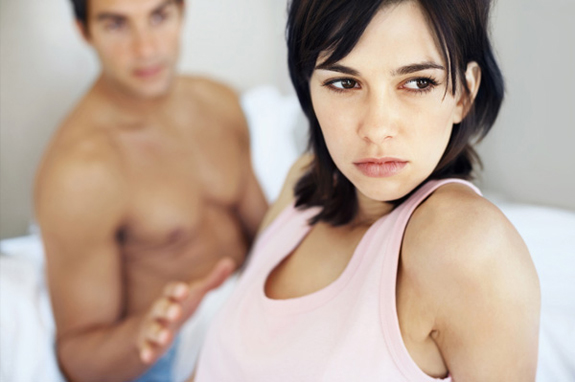 1. “Relax.” or “Calm down.”
When your girl is mad, upset, angry… whatever you do, don’t tell her to “relax”. Saying this will have the opposite affect on her, because you are not acknowledging her feelings.  Not only are you not acknowledging her feelings, but you are belittling them. In effect, what you are saying is that she should feel what she’s feeling – and that dear sir is dangerous territory.

2. “Are you PMS’ing”
There is nothing worse than blaming a woman’s feelings on her period. Hey, maybe it is or maybe it isn’t, but what you don’t want to do is write of her feelings so quickly. She more than likely actually has a real problem that’s present all month long, not just this week. You should never, ever, say this.

3. Anything Bad About Her Weight.
No. Doy. You should already know this, but if you didn’t, take head! Even if you think she’s put on a few pounds, keep it to yourself. Criticism about her weight is not hurtful. She’s well aware of the fact that she’s let herself go and she’s probably trying to figure it out on her own time. Be patient!

5. Anything That Makes Her Feel Stupid
No one likes a condescending guy, especially not your girl. Even when you mean well, you have to be careful not to say things that make her feel stupid. Think about it. Do you say things like: “ What did you think was going to happen?”, “Well, normal people would do it this way.”  Or  “ OBVIOUSLY….”.  If you say things like this often… you might want to reconsider your approach.