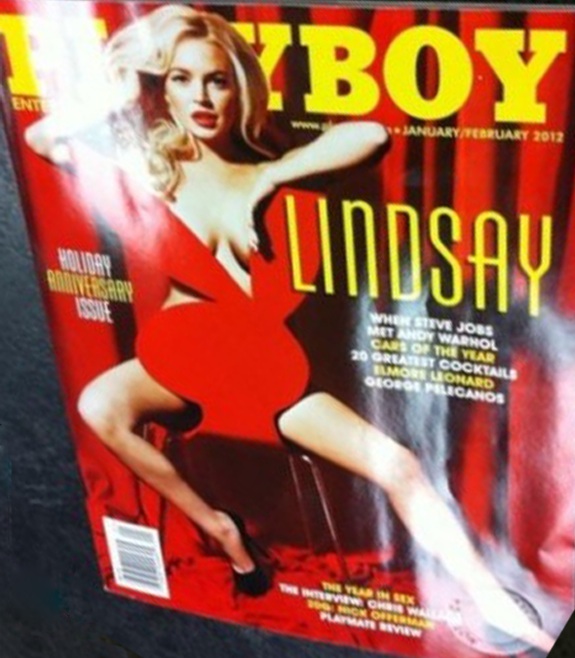 Although Lindsay Lohan is not set to unveil her entire Playboy spread until December 15th when she appears on The Ellen Degeneres Show, the cover was recently leaked. In Lindsay’s first television interview since going to jail for violating her probation, she will sit down with Ellen and discuss her Playboy pictorial debut which hits newsstands in late December. Are you excited about seeing all of Lindsay? Too bad she is no longer staring in “Inferno” as Linda Lovelace. It would have been an awesome transition from posing for Playboy.