Behind The Scenes With Model Chelsea Brooke Pereira 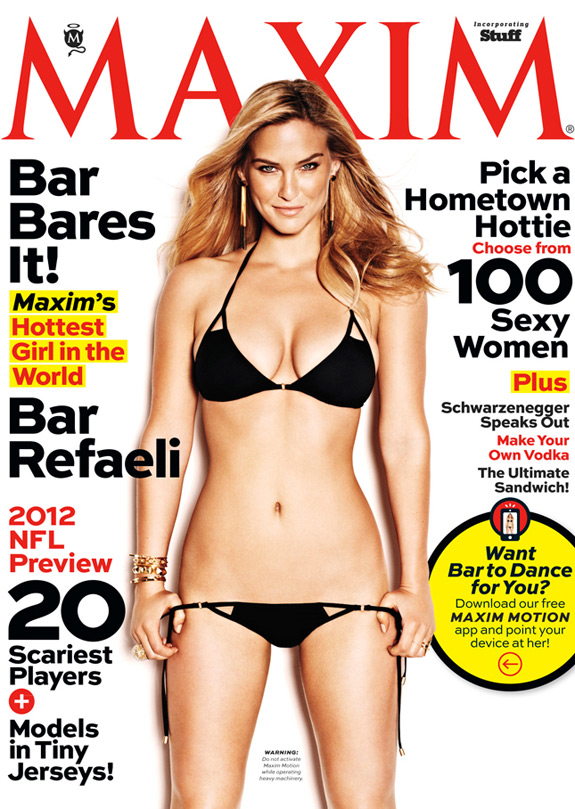 Israeli supermodel and Maxim’s Hot 100 No. 1 chick Bar Refaeli, recently sat down with the magazine to discuss dating, lingerie, men, and her new underwear line. In addition to explaining her comments to Conan O’Brien about why men don’t ask her out, she also explained what it would take to get her attention. Read the full interview below. How does it feel to be the No. 1 hottest woman in the world?
It doesn’t feel real, because I still can’t believe it. I feel like someone’s going to call and tell me there’s been a mistake.

We can assure you that won’t happen. Were you surprised?
I was in shock! I think it’s the title I’m going to be most proud of until I die. When I’m older, I’m going to walk around and say, “Hey, I’m Bar Refaeli. I was No. 1 Most Beautiful in Maxim!” It’s an honor you never want to forget.

How should guys approach you?
If someone is funny, he should say something funny. If someone is sweet and gentle, he should talk that way. Just be yourself. I don’t like when guys act too cool for school. Like, the other day I was at the airport, and there was a cute guy who I saw notice me. But instead of coming up to me, he put his head down and started texting to appear like, “Oh, I didn’t even see you!” I was like, If you really were cool, you’d just be yourself and talk to me.

You have your own line of underwear, Under.Me. What do you like on a guy?
I just prefer for a guy to be comfortable. A lot of American guys like boxers. In Israel they prefer tight, short underwear, and in Brazil they wear really little bikinis. I think it’s a matter of where you come from.

Do you think it’s a nice idea for a guy to give his girlfriend lingerie?
It’s a very cute gift, but you can only do that if you really know your girlfriend.

So it’s not something to give on a first date?
No, no, no, I don’t think so! You need to know her and what she likes.

If you want more of Bar Refaeli’s interview with Maxim visit Maxim.com.