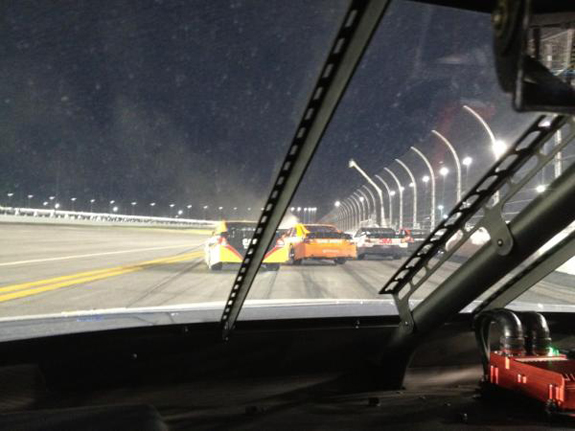 This year’s Daytona 500 definitely was bizarre to say the least. For the first time ever Daytona 500 was postponed. It was scheduled to run on Sunday, then on Monday at noon only to be rescheduled to Monday evening. Once the race got underway there was a massive crash during the second lap and notable drivers Danica Patrick and Jimmie Johnson were caught in the wreck. There was rain (the delay that started it all), fire, and then came a Tweet from NASCAR driver Brad Keselowski while behind the wheel during a red flag delay. Not since what was more bizarre, the Tweet or Juan Pablo Montoya slamming into a jet dryer under caution. Curious to know what else Keselowski had to say from behind the wheel? Follow him now on Twitter at @keselowski.