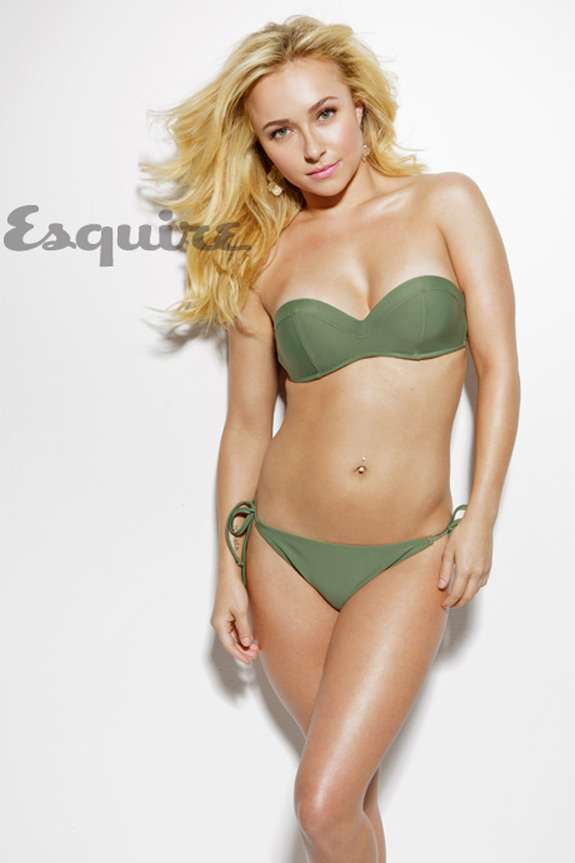 Hayden Penettiere may be beautiful, but she is also considered something of a jokester. Hayden gave it her best shot at being a comedian when she shared some of her comic material with Esquire Magazine. From her bikini photos she seems to have a more promising career as a model; however, we will let you be the judge. Below is just one of the jokes Hayden told during her conversation with Esquire Magazine.

A traveling salesman stops at the nearest farmhouse and asks if he can spend the night. The farmer says okay, and tells him he can go upstairs and sleep in the same room as his daughter. The salesman goes upstairs, and as he enters the daughter’s room notices another salesman in bed with her. “Sorry,” he says. “I must be in the wrong joke.”