Caption This: What Would You Do?

Caption This: A Curious Baby And A Computer 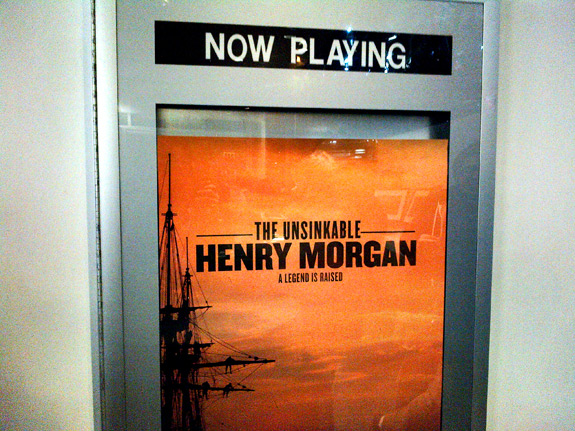 Yes, Captain Henry Morgan was more than a legend; he was a “real-life” person. Captain Morgan may be more famous for the great tasting rum named after him, but he actually existed. Shocked? We were to. Who would have thought Captian Henry Morgan was a real-life buccaneer?

Last week we were fortunate to hang out with our good friends over at MANjr.com and attend a screening of The Unsinkable Henry Morgan, a 30 minute documentary film exploring the myths and legends surrounding Captain Henry Morgan’s conquests in Panama. The Captain Morgan brand partnered with Sundance Channel and award-winning director Michael Haussman to create the innovative 30-minute documentary, which follows a team of prestigious artists and experts as they dive into the search for Captain Henry Morgan’s lost fleet. During the documentary, the team visits historic sites and speaks with a colorful cast of characters who help shed light on Morgan’s incredible impact on Panama today. 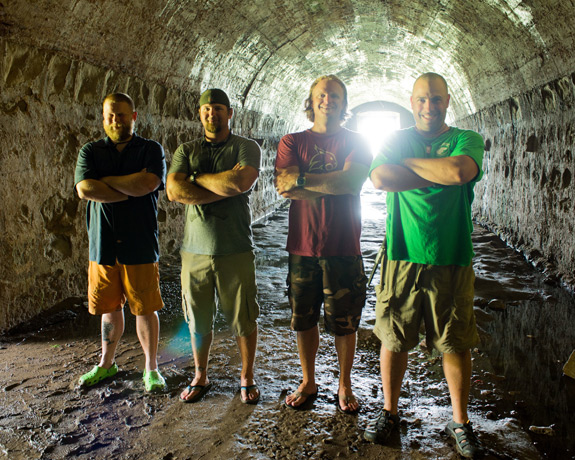 The Unsinkable Henry Morgan is definitely an intriguing story and we are grateful that we had the opportunity to see the documentary. After all, it was about time we learned the real story behind one of our favorite rums. After screening the documentary, we were fortunate enough to have a question and answer session with Underwater Archaeologist Fritz Hanselmann. What we learned was mind boggling. Below are excerpts from Man Jr’s interview. 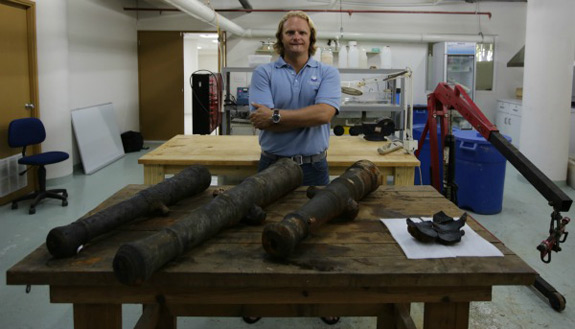 Hanselmann is really the star of the film. His voice drives it and his personality shines through. He’s the kinda guy you’d want to get drunk with as you listen to him educate you about pirate history. It’d probably be pretty sweet to scuba dive and recover sunken sea treasures with the dude as well. Here’s the conversation we had:

CS: So in the film you had that moment where you talk about finding the cannon and you were kind of at a loss for words. Can you find some of those words for me?

FH: I think that was one of those moments where I think I even said to Michael, “You guys are going to use that, right?” 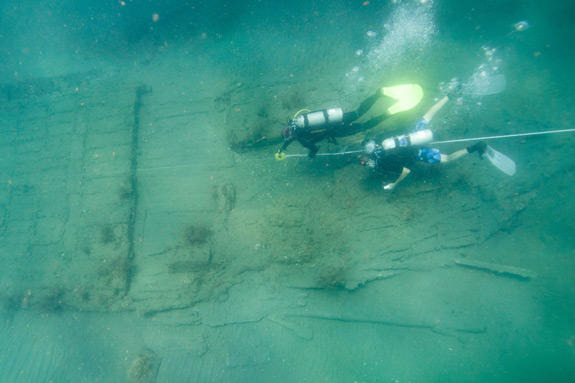 FH: Yeah, right? It’s breathtaking really because for me that’s what archaeology is all about. That’s what makes me be like “This is the coolest thing,“ because we’re not just reading about it, we’re touching it. We’re interacting with it. It’s like, you put your hand on that handle and it’s like “Holy crap! This was on Captain Morgan’s ship,” you know. What was it used for? And that to me is what archaeology is about; it’s about making history tangible. We’re really, literally interacting with the past.

CS: So what kind of classes do you teach on the regular? It can’t all be sunshine and Caribbean vacations.

FH: Well the trick is, my faculty position at Texas State is a research faculty position, so I’m not beholden to a certain course load. The tradeoff is that I don’t have a tenured position. So I teach courses in Scientific Diving, so training students in the basics of how to do science underwater, mapping, fish counts, transects, looking at shipwrecks, hull-based communications, surface of wide air. I think you saw in there at some points we didn’t have tanks on our backs.

CS: Yeah, I noticed that. It was just a big, long tube.

FH: Yeah, we had a unit on the surface that would pump air down the hose to the regulator in the hull and as long as there’s gas in the unit, you will dive for four hours. You’re not limited by the capacity of the tank. So all the different things that you can use in these different situations, you’ll learn about in the basics of scientific diving. I teach an Underwater Technology Techniques course. I also teach a graduate seminar on heritage management, so looking at how different countries, different organizations and institutions manage historical archaeological sites.

CS: It’s gotta vary across the board in terms of standards and regulations.

FH: Yea, it is. I look at it as more of a theoretical course and so we look at what makes them decide…why are they building this massive highway around Stonehenge? Not that they are, but what are the implications of doing so. What are the different implications of construction or whatever? Like do you open it up to the public? Do you allow people to go snorkel shipwrecks? And it’s not just shipwrecks it’s also looking at sites that are on land as well.

CS: So do you suspect then, I mean you didn’t find The Salvation, but was it likely one of the other ships that was wrecked during that whole Panama siege?

FH: I’m pretty certain that this wreck that we’re looking at is of the same time period, but I think it’s Spanish. Some of the chests,the tops of them were eroded away and you could see nails and mule shoes. Now the mule train was like the backbone of Panama, because the mule train would take the goods and the gold and the silver and all the stuff from the Pacific to the river to the mountains. The other route was across Panama City to Portobello. So that speaks to me that is was Spanish. Looking at the sword. And in doing some follow up archival research, I had a colleague of mine who’s a historian in Seville who did me a big favor. He looked up a few things for me, and there was a Spanish merchant ship that sank in 1681, ten years after Morgan, and it had a cargo of chests and mule shoes and stuff like that and who knows? Maybe it was inbound to help reconstruct the fort after Morgan thrashed it.

To read the complete interview visit ManJr.com and make sure to check your local listings to catch The Unsinkable Henry Morgan only on the Sundance Channel.