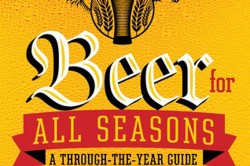 Your Guide To The Beer For All Seasons 10 Photos Of The Sexiest Rolls-Royce Ever Built 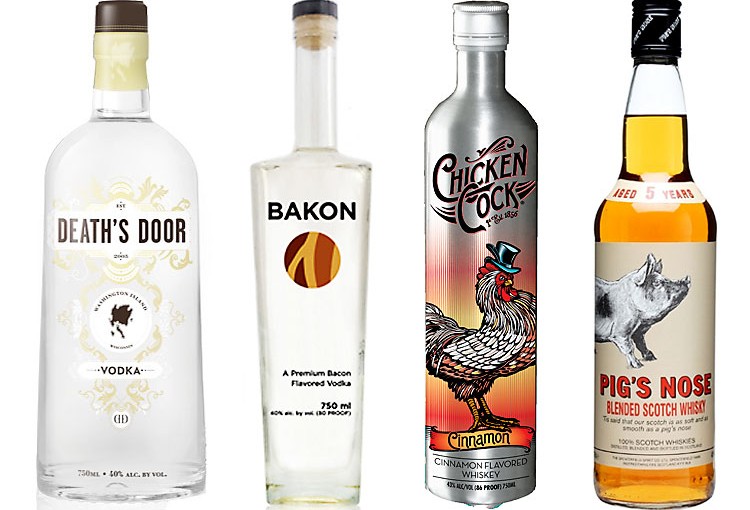 Want conversation starters that also double for amazing alcoholic beverages that are sure to impress your party guests? If so, check out these seven beverages.

Monkey Balls
This sour cherry-flavored liqueur is the Belgian children’s candy made over into an alcoholic beverage. It’s strong and tasty enough to be served mixed or on the rocks. Its vibrant red color, sugary taste and stern-face suited monkey are sure to make this bottle the life of the party before anyone even realizes the name of the drink!

Bakon Vodka
Even though it’s not spelled correctly, there’s nothing wrong with anything bacon-flavored – including bacon-infused vodka. Made from the finest potatoes in the Northwest and sporting a savory bacon flavor, this vodka is perfect with a meal. Mix it in a Bloody Mary or create a new cocktail all your own with this uniquely tasty Bakon vodka that’s sure to please.

Chicken Cock
Guys, get your mind out of the gutter! This whiskey has a link to Prohibition history. Common among speakeasies of the day, Duke Ellington referred to it in his memoirs as the “brand that was served in a tin can.” Today it comes in four bold flavors: Southern Spiced, Cinnamon, Root Beer and Cherry Bounce Chicken Cock.

Death’s Door
The name may evoke images of the grim reaper, but he’s the last person you’ll think of when enjoying any of these tasty spirits – gin, vodka, whisky and wondermint (schnapps liqueur). It’s actually named for the body of water between Door County peninsula and Washington Island, where they obtain their local wheat. These crisp and poignantly refreshing spirits are sure to add the right flavor to your cocktails or over ice. Additionally, 1% of their annual revenue is donated to Great Lakes causes, so you’ll be drinking for charity.

Bird Dog Whiskey
This smooth, easy-drinking Kentucky Bourbon Whiskey comes in an array of flavors from Peach to Hot Cinnamon to Chocolate to their award-winning Blackberry and more. At 80 proof, this bourbon is made with an elaborate medley to provide a gentle taste you’ll want to keep drinking. Delicious any way you like it, Bird Dog whiskey will please any crowd. No bird or dog required!

Fucking Hell
Believe it or not, this name is a marriage of Austrian heritage. The name Fucking Hell brings together the name of a town (yes, apparently someone did name their town Fucking) and the type of lager. For Austrians and Germans, the word hell means light. This refreshing lager beer is made of water, barley malt and hops to produce a mild and tangy flavor to last. The flavor is so tasty, it might leave you thinking, “Fucking hell! That was awesome.”