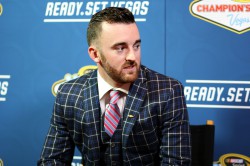 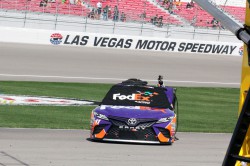 60 Photos: Sights and Scenes From The Las Vegas... 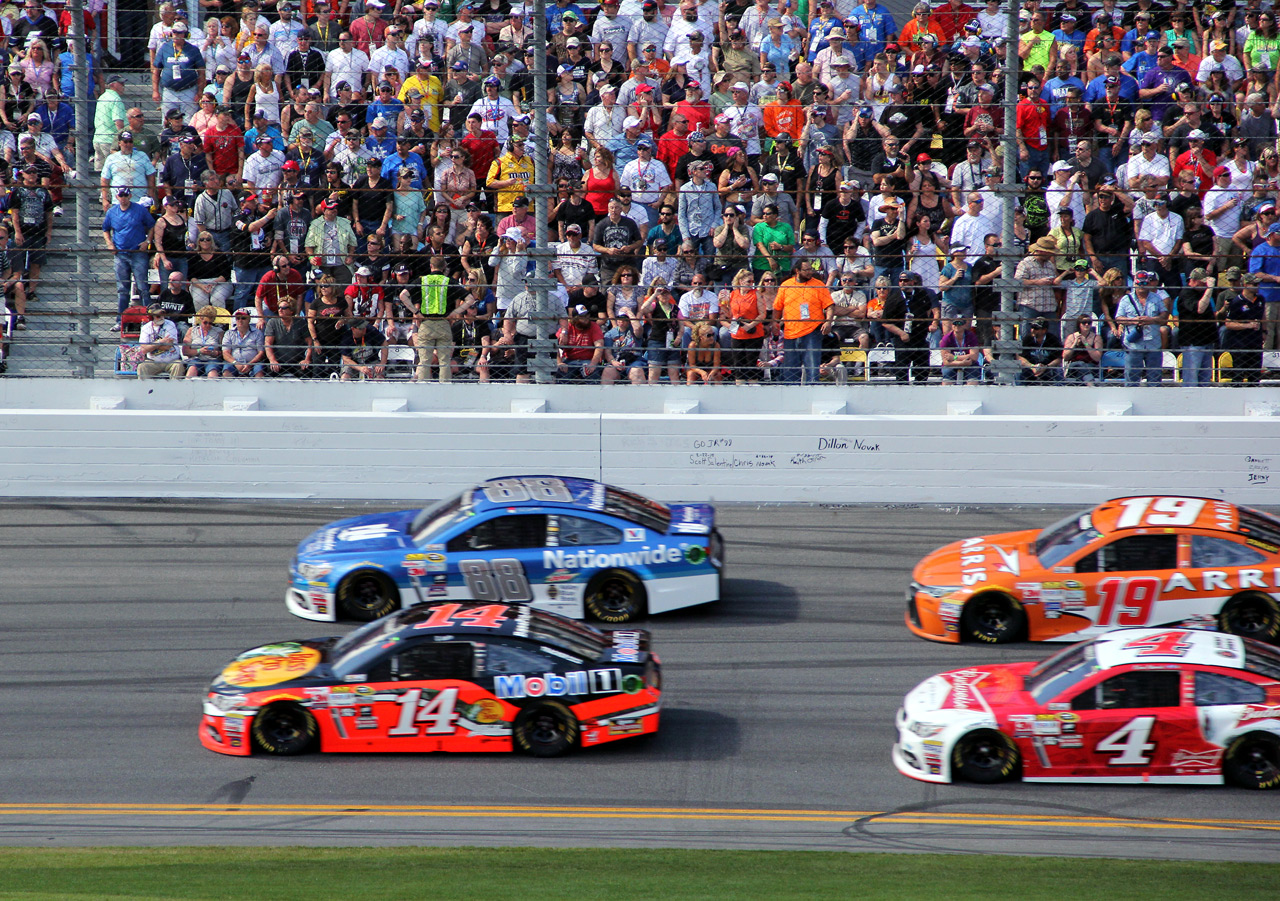 Although this isn’t an Olympic year and there won’t be any major international football championships for us to endure this coming summer – 2017 will be packed with plenty of incredible sporting events, guaranteeing excitement, drama and unmissable action over the next 12 months. Here are six events you may want to try and purchase tickets for, as you could witness new champions being crowned, magical sporting moments and history being rewritten.

After comfortably defeating Eric Molina at the start of December, reigning and defending IBF World Heavyweight Champion, Anthony Joshua was joined in the ring by former two-time champion and Ukrainian sporting royalty, Wladamir Klitschko. Promoter Eddie Hearn then announced that the super-fight the boxing world wanted to see would become reality at the end of April, as Joshua and Klitschko would square off in-front of 90,000 packed into Wembley Stadium.

Klitschko held onto three heavyweight world title belts for the best part of a decade, before his surprise defeat to Tyson Fury in October 2015. The 41-year-old hasn’t been seen in a ring since, but the mind remains as powerful as ever and he is still strong enough and clever enough to cause the young pretender some problems. Joshua has been bulldozing through everyone on his quest to become a boxing legend and hasn’t looked like succumbing to pressure and expectation at any point in his career so far. Anyone lucky enough to be in attendance that night at Wembley Stadium will be in for an unforgettable evening.

Wimbledon may be the first tournament that springs to mind when tennis is the hot topic, but The US Open is America’s biggest and most historic tennis tournament. Sports fans have been flocking to Flushing Meadows in New York for decades, eager to watch the world’s best racquet wielders battle it out for one of the four most prestigious, Grand Slam prizes in the sport.

Tickets to the final – staged in the magnificent, open-aired Arthur Ashe Centre Court – are highly sought after, but if you manage to get yourself a seat in the stands to watch the US Open final, you will be in for an absolute treat. However, if finals weekend spectator passes have already sold out, then Labour Day weekend tickets would be a fantastic second prize. Along with the superb sporting action, US Open ticket holders can enjoy plenty of delicious food, enjoyable family activities and even world-class musical entertainment when the daily order of play has to come a close. 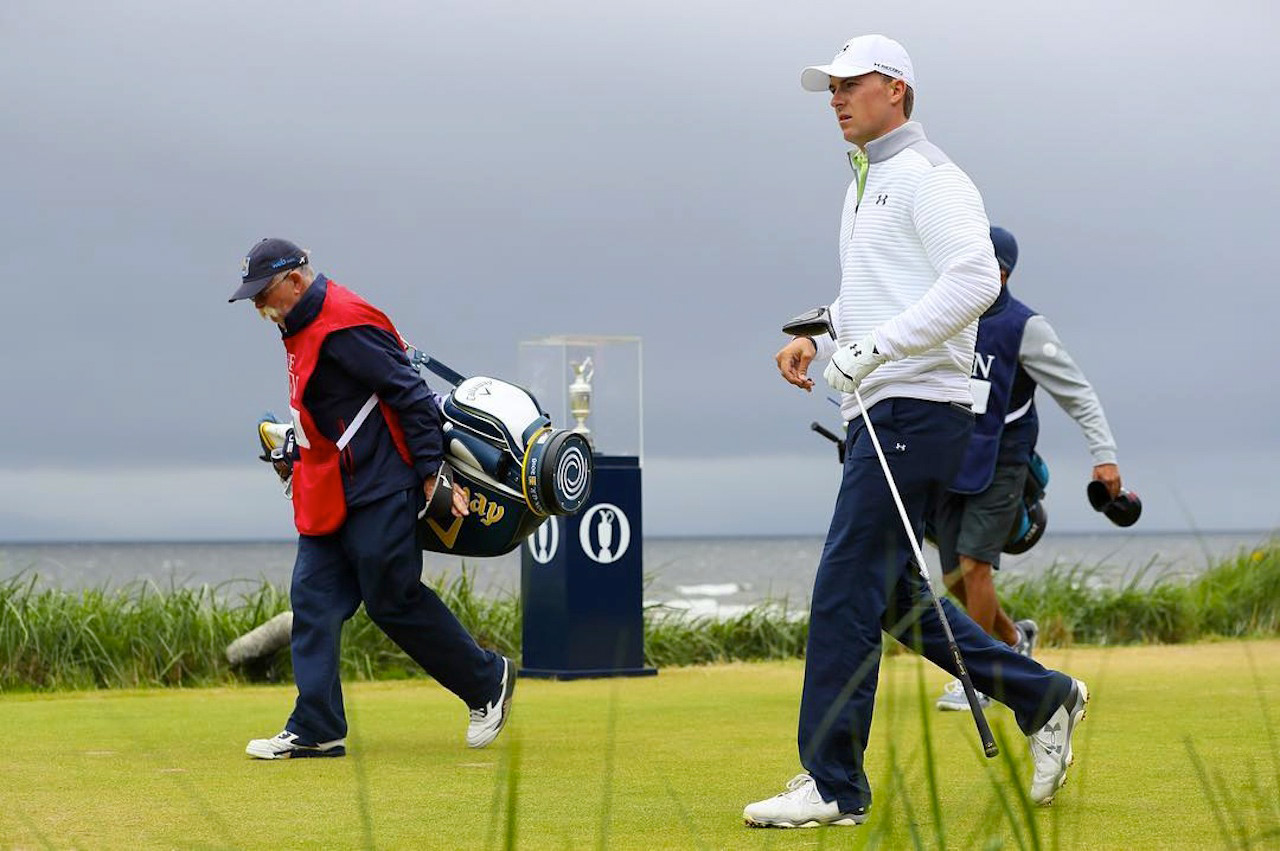 Golf’s most prestigious tournament will return to Royal Birkdale this summer and everyone in attendance will be hoping for some more scintillating action, after last year’s titanic tussle for the Claret Jug between Henrik Stenson and Phil Mickelson. The final pair set the Troon turf alight – carding an incredible total of 14 birdies and an eagle between them – with the Swede claiming a maiden major title with a record equalling total of 20 under par.

The depth and strength in the world of golf at the moment has reached an unprecedented level, with so many golfers capable of putting in a world class performance – making major tournaments harder to predict than ever before. This unknown guarantees surprises, excitement and irrepressible drama, so if you want to watch top quality sporting action in 2017, get yourself a ticket for The Open and book a hotel in the Southport area.

Many Formula 1 aficionado were unhappy when Bernie Ecclestone decided to expand his business to all corners of the globe. Now under the control of American businessman, Chase Casey and his Liberty Media corporation, motorsports finest discipline is set to reach even wider global demographic, whilst keeping its roots firmly fixed in Central Europe. Some venues may have bitten the dust following F1s takeover, but the Singapore Grand Prix will remain a key component in the sport’s “Asian Swing”.

Singapore is a one of the must-see cities in the entire continent, perfectly combining traditional Asian culture with stunning modern architecture. The street circuit at Marina Bay is a wonderfully picturesque setting for a motor race and the event organizers do everything they can to illuminate the action. “Illuminate” being the optimum word, with Singapore being the originators of Formula 1 night racing and that glorious concept is set to continue in 2017. There’s nothing quite like seeing the Singapore skyscrapers light up the night sky and hearing the roar of a three liter, V10 engine, as the best drivers in the world go hell-for-leather in one of the most exciting Grand Prix’s on the entire Formula 1 calendar. 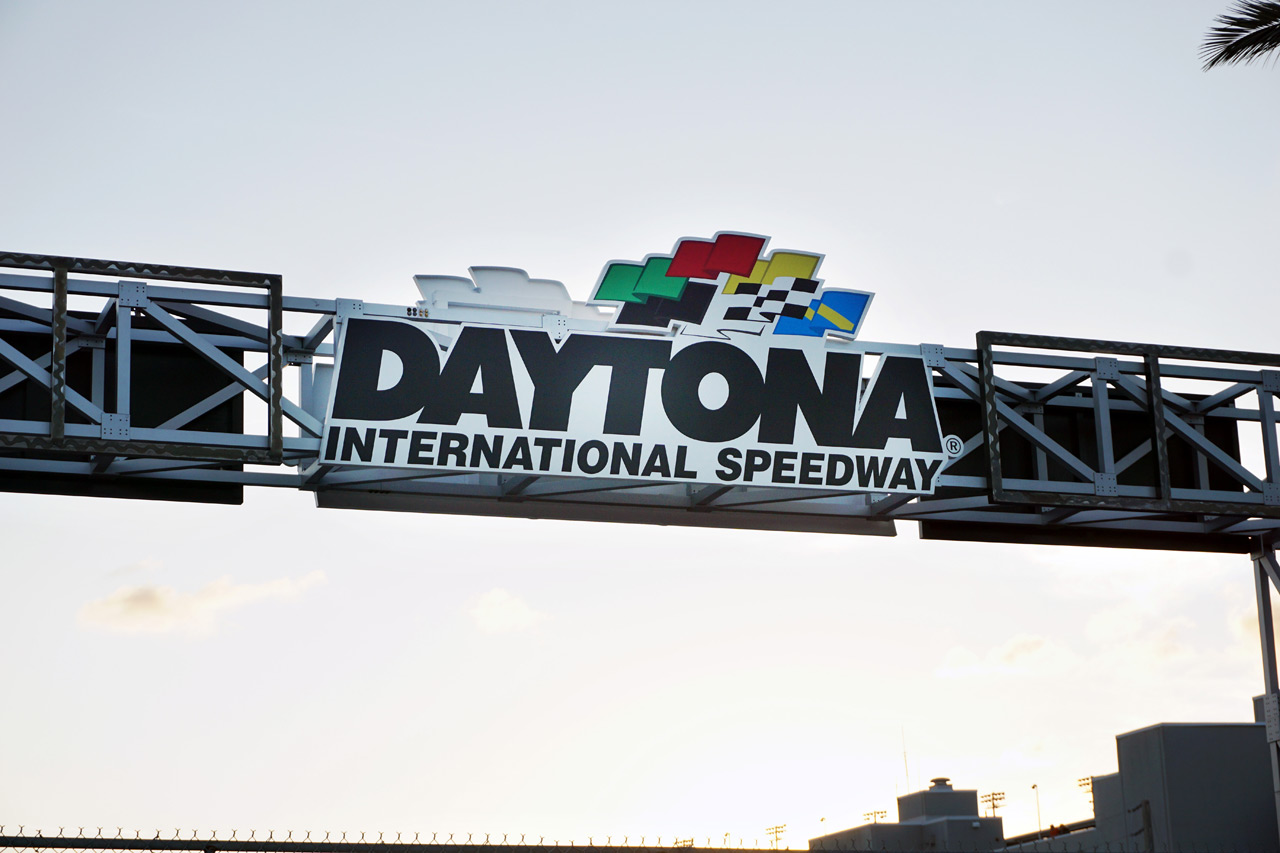 “The Great American Race” known as the “Super Bowl of Stock Car Racing” is NASCAR’s biggest and most will say best race. It is the most hyped race on NASCAR’s schedule. Held annually at the Daytona International Speedway in Daytona Beach, Florida, at the “World Center of Racing,” the Daytona 500 is a 500-mile-long (805 km) race that kicks of the start of the NASCAR season. Unlike most sports, NASCAR begins their season with the most important and prestigious race on the calendar.

Last year, the sold-out crowd witnessed the closest finish in the history of the Daytona 500. With the return of the sports most popular driver, two-time Daytona 500 champion Dale Earnhardt Jr., who was out most of last season with concussion symptoms, the 59th running of the Daytona 500 is sure to be spectacular. Even if you aren’t a NASCAR fan, we suggest you add the Daytona 500 to your “must attend” bucket list of sporting events. It’s a race that we attend every year.

Cheltenham racecourse, the home of British jumps racing, hosts a four-day spring festival during March, where some of the most prestigious prizes in the sport will be up for grabs. There will be plenty of intriguing Graded contests and exciting handicaps for sports enthusiastic to get excited about over the four day meeting, but four premier races will take centre stage on each given day – the Champion Hurdle, the Queen Mother Champion Chase, the World Hurdle and the Gold Cup.

The Gold Cup is arguably the most historic prize in the whole of horse racing. Every year, the highest quality three mile chasers from around the world will descend on Cheltenham, battling it out to get their hands on the trophy and a share of the sizable prize pot. The favorite for this year’s title is Thistlecrack, who has been a phenomenon in the sport for the past two years and the style and bravado with which he attacks the fences is worth the admission fee alone. Plenty of worthy challengers will try their best to give Thistlecrack a run for his money, but this year’s Gold Cup and the entire 2017 Cheltenham Festival, is an event you simply can’t afford to miss.