Chris Kluwe CBA Meeting Diagram and Letter From The Commissioner 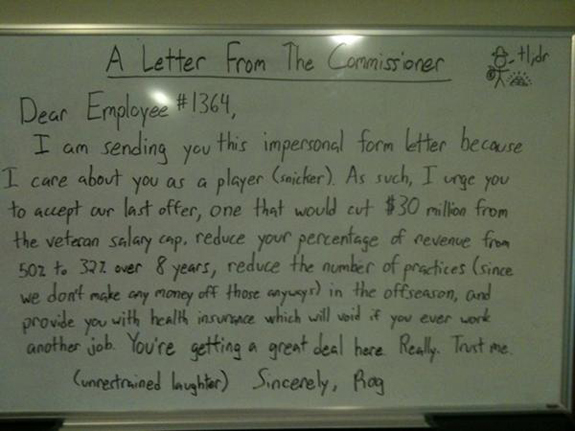 Punter Chris “World of Warcraft” Klue is at it again with his diagrams. You may remember when he attempted to explain the “NFL Illegal Hits” policy. Now with the NFL lockout, Chris has decided to use his white board and maker to illustrate his version of a CBA meeting. If that wasn’t enough, he also decided to write a mock letter from the NFL commissioner. It’s safe to say Roger Goodell may not be too happy about Chris’s letter. 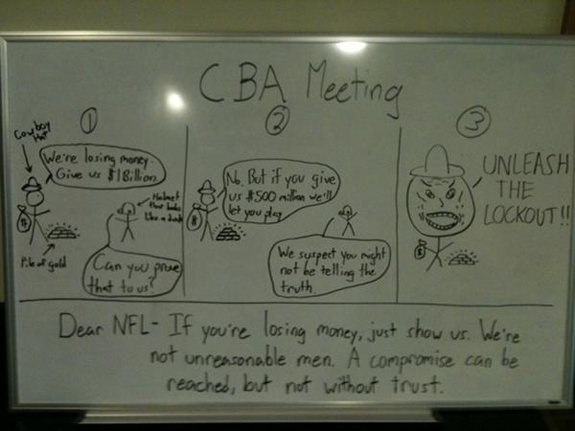 “This is what happens when I have too much free time from not being able to do my job.” – Chris Kluwe