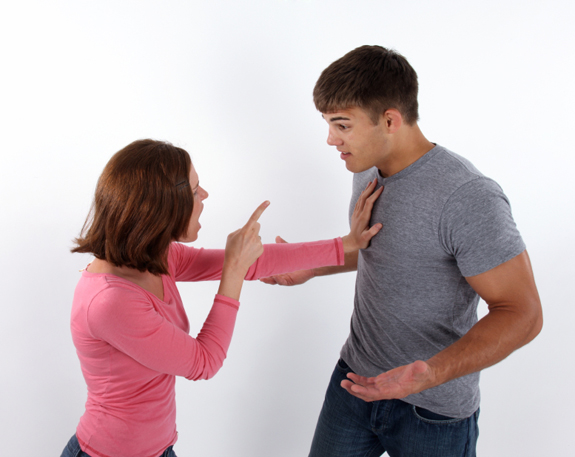 There are times that you were actually wrong and your girl deserves a proper apology. Now, one would think that saying you’re sorry is a simple thing, but most of the times when you do it, your girlfriend thinks you’re either dodging a bullet, not sincere and just not buying it. Why is your apology not connecting? Here are the 4 fool-proof steps to properly apologizing to a woman!

Your girl just wants to feel that her hurt feelings are valid. If you snapped at her because you were hungry and grumpy or were  late to an important event, just admit you were wrong.  So, saying something like  “I know I hurt you when I was late to the dinner party you’ve been planning for months”, goes a long way. It will let her know you understand that your were a temporary meat head.

The next step is to explain why you did what you did (if you have a valid reason). However, don’t hit her with excuses or turn the tables around on her. You don’t want to say: “I was late, but you know that sometimes work goes long hours so you shouldn’t have planned your mother’s birthday party at 7PM”. That tactic will definitely end in a sexless night for you. Instead, give her your valid reason and if you actually forgot, admit you were a bonehead, tell her you’re sorry and that it will never happen again.

Now, it’s time to tell her how bad you feel about letting her down. Say something like, “I feel really bad about being late. That was so lame of me.”  It’s hard to hold a grudge against a person who feels badly for what has happened. Play that card to the death. She’ll forgive you in no time.

Finally, tell her you’ll make it up to her. Say something: “how about I take you and your mom out for dinner to celebrate her birthday.” You get the point, right? Ultimately, you offer to cheer the situation up at a later date and move in for a make up kiss!