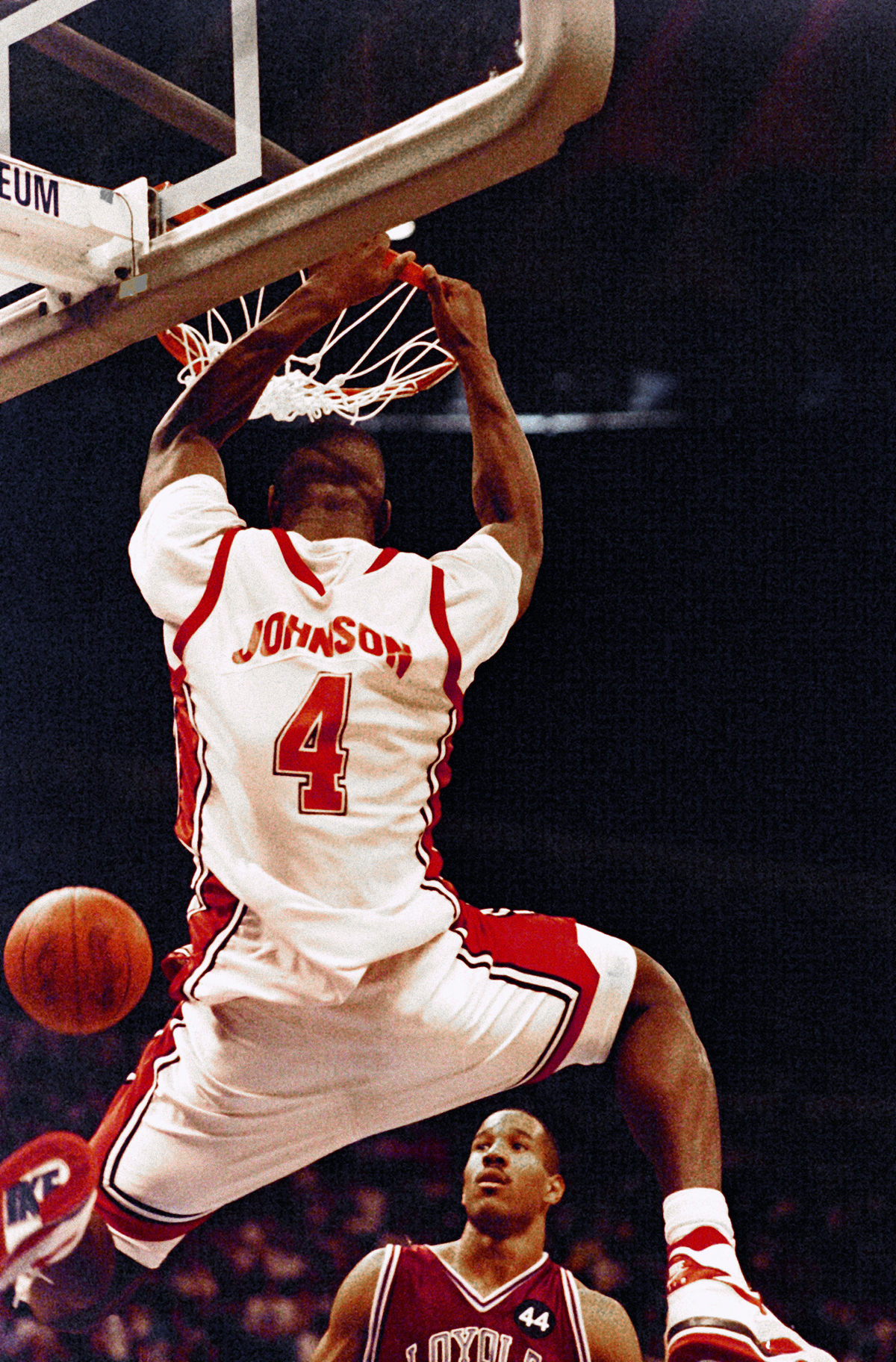 Many have tried, and many have failed…he’s never done an interview and addressed questions about UNLV, but reminiscing about her own days as a Rebel, Tam-Star recently had a very rare opportunity for that no-holds-barred interview with former NBA star player Larry Johnson. Not only does he share his thoughts on the historic Duke vs. UNLV battle equating to good vs. evil, but on former Michigan Fab-Five member Jalen Rose’s controversial statements about Grant Hill, HBO Sports documentary Runnin’ Rebels of UNLV, even about choking his senior year in the historic UNLV vs. Duke NCAA championship game (and how he eventually came to terms with it). But of course, life before and after UNLV included the McDonald’s High School All-American team, a National JUCO player of the year title, the number 1 draft pick and NBA Rookie of the Year Award, as well as his cover feature on the premiere issue of SLAM Magazine.

He’s been up and down the court more than a few times, so hear his thoughts on Greg Anthony as a TV analyst, his heated rivalry with former NBA player Alonzo Mourning, his new gig hosting parties for Captain Morgan, why Nike chose Billy Owens over him, and the Converse experience that made him Grandmama. Plus…the Larry Bird and Magic Johnson commercial that was almost his, what he thinks about the future of the NY Knicks with the additions of Carmelo Anthony and Amar’e Stoudemire…all part of this slam dunk of exciting insight by one of basketball’s best. Read on as he opens up to Tam-Star on these and many other surprising details only Larry Johnson can provide.

Tam-Star: People often wonder what do great players such as yourself do after your playing days are over. Can you tell us a little bit about your life after the NBA?

Larry: Tam. Right now I’m finding my niche. I have a beverage company I’ve been pushing for about three years, it keeps me busy, flying around, talking about it, being in meetings, and I make sure them boys [his 4 sons] are okay. And then I’m on the golf course all day, everyday.

Tam-Star: As someone who knows and has experience being on the campus of UNLV, I totally hated the HBO Runnin’ Rebels of UNLV documentary. I want to know what your thoughts are on the documentary.

Larry: Well, you’re from Vegas, I’m from Vegas, UNLV. You mentioned it earlier, I don’t do a lot of interviews. We never got good press at UNLV. It was always negative. Even when we played Duke it was good vs. evil — what kind of madness is it? You’ve got basketball, not good vs. evil, but we were the bad guys of college basketball. And honestly, we loved it at the time. We were some renegades, we had 6-7 guys that were from inner cities all around America — inner city Pasadena, inner city New York, Detroit, you know all of us came together, and we had that swagger.

I did not participate in HBO specials. They showed me of course, and they had some old previous things that I did and said. They asked me to participate, they asked me to do an interview, and they kept asking me for like a year and I turned them down because I thought it was going be negative.

Tam-Star: As somebody who lived there, was there with you, Stacey, Greg, Moses, Anderson Hunt, and worked in Tarkanian’s office- I lived the life just like you guys lived it. I didn’t feel like it touched on UNLV. It was more about Tark as opposed to UNLV. 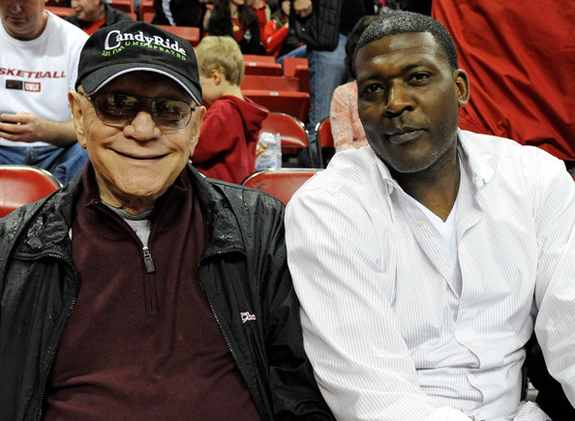 Tam-Star: Got it. On that note what are your thoughts about the ESPN 30 for 30 on Michigan’s Fab Five that debuted the same weekend ironically?