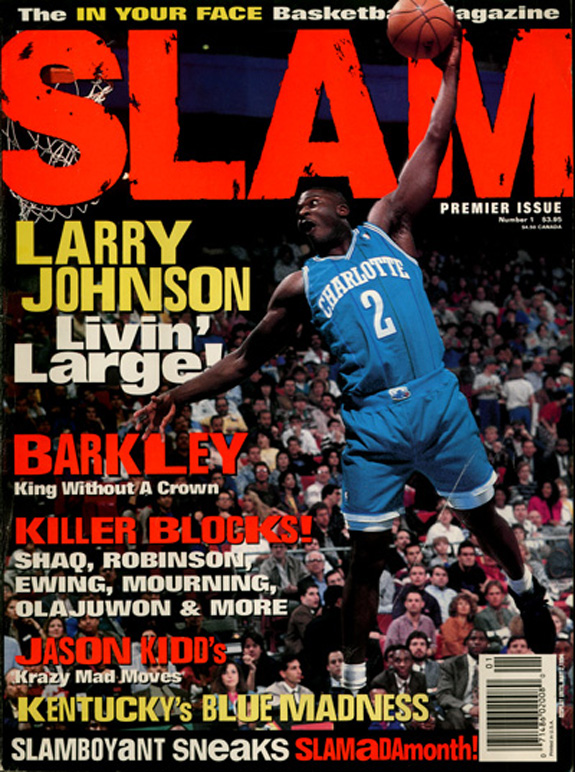 Larry: We can comment on that. Ain’t no possibly, it definitely extends to college.

Tam-Star: Yeah, I know, but other people don’t know. Do you think it brought out the best in you as a player whenever you played Alonzo?

Larry: Yes. It was more personal. I mean anything that’s personal, you got any type of heart and pride, you’re going to step up. When we played in Charlotte together, Tam, we was teammates and I don’t think we ever had any problem on the floor. When we played in Charlotte I remember having a couple little meetings with Alonzo. We would go in the locker room early and we had things to talk about, man, but I thought we were good teammates.

When it became rivalries between him and I it wasn’t truly there. We would never avoid each other. We talked to each other. I think we went out — not just us two, but like five or six guys. It wasn’t what people thought. We weren’t as close as we should’ve been. And that comes from college. We were definitely enemies in college I would say. You know, we weren’t friends in college at all. We only played against him once, but he hung out in Vegas a lot so I saw him a lot.

Tam-Star: Going back to Voshown. I just spoke to Voshown and we talked about the 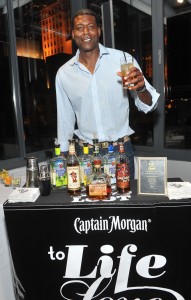 Captain Morgan house parties that you guys are hosting to promote thei Long Island Ice Tea. Tell me your involvement with Captain Morgan, what’s going on, and are you excited about the parties?

Larry: I am. We just kicked off. Captain Morgan came to us and wanted to do a whole bunch of house parties this summer, make sure people drink in moderation, and just teach people the right way to party. Like you said, Voshown is doing his thing in Miami. We got Darryl Dawkins doing his thing in Philly. And I’m hosting a party here in New York.

Tam-Star: As someone like myself, who has followed your entire career from UNLV to the Knicks, there are two things that standout the most: first, the UNLV-Duke game when you didn’t take the shot; and secondly, game three of the eastern conference finals vs. the Pacers when you fouled making the 3-point shot. Can you talk to us a little bit about your fondest memories as a player?

Larry: Dang, one of them my finest memories, not shooting that ball at UNLV, yeah, right. You took me up then dropped me. You ought to quit, woman, just like a woman. They build you up then cut you deep!

Tam-Star: I was there, so it’s a little bit more than a fan situation; it’s more of a personal thing because I was there at all the UNLV games. I was there for some of the Knicks games, so you know, I know the history.

Larry: You mad at me? I’m mad at myself.

Tam-Star: I’m not mad at you [laughing].

Larry: Yeah, you mad [laughing]. Tam, that game at Duke my senior year, I went on to be the #1 pick in the NBA. I won rookie of the year. I went on to do all these things and you still couldn’t ask me about, back then, I’m 42 now, I’m over it, but the first 5-6 years I left UNLV you couldn’t ask me about that game. That’s how hurt I was and I’ve got to tell you the truth, I’m just coming to terms, people don’t believe me.

So that’s definitely one… I played a total of 33 years in my whole basketball career and I don’t regret nothing. I don’t regret retiring, nothing, but one thing is not shooting that ball at UNLV. I should’ve at least shot it and missed. I was afraid of being great, you know.

Tam-Star: You were great. You definitely were one of the greatest players, coming out of Texas, UNLV, as well as the NBA. If you were going to battle who would you want on your side, Anthony Mason or Moses Scurry?

Larry: Moses Scurry. [laughing] Both from New York, come on now, Moses Scurry, are you serious?

Tam-Star: Well, I have to ask. Let’s talk about the infamous Grandmama. Aside from lil Penny [Anfernee Hardaway] having his doll, I can hardly recall any other players who had alter egos. Can you school some of our younger readers on how Grandmama came to be? 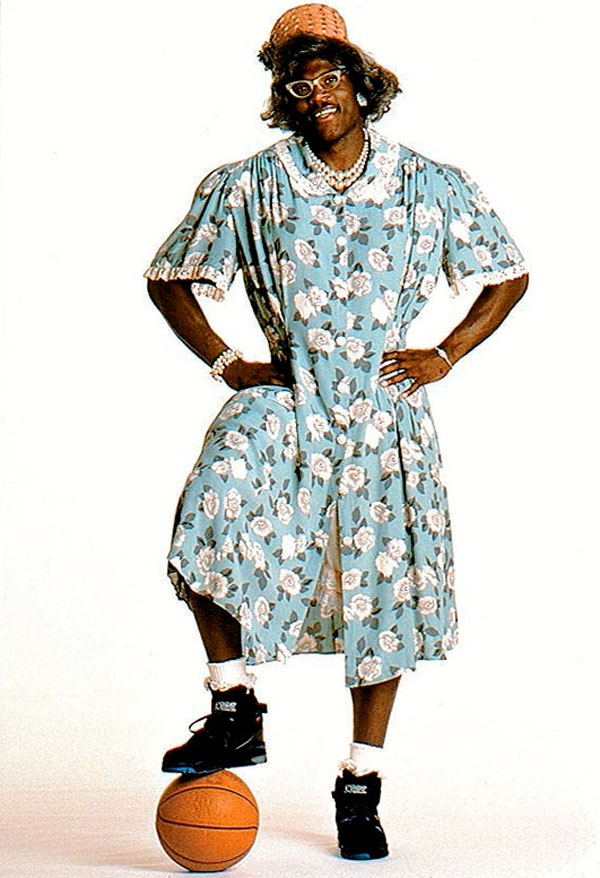 Larry: Well, they kind of tricked me into doing that, Tam. When I came out of college at UNLV we wore Nike. I was a big time Nike fan. Nike loved us. I just knew I was gonna wear Nike and Nike was gonna come to me with a contract. And 2-3 months went by. Stacey got a contract, Greg got a contract. Nike never called me. When they finally called me at least they were honest. They called me and said Larry, we don’t think you’re gonna be a good pro. Nike came out and told me they didn’t think I was gonna be a good pro, and they went with Billy Owens instead of me.

I said no problem, I can deal with that. And here comes Converse. Converse came in and said we’ve got an idea for a commercial. I said what idea? They said we’re gonna put you on a gurney. They were going to put me on a gurney and just cover me up and two doctors was going to be operating on me. One of the doctors was Larry Bird, the other was Magic Johnson. They were supposed to be building this perfect basketball player; then when they say “Ah, we’re finished, they say we gotta name it.” And Larry said “it gotta be Larry.” And Magic said “it gotta be Johnson.” And they keep going back and forth – “no, Larry, no, Johnson, no, Larry” — then I raise up off the gurney, Larry Johnson.

I’m like oh, yeah, that’d be great, let’s do that. They gave me a million dollars. I signed. They come back six months later, Tam, and they say we’re ready for the commercial.

I say okay, let’s do it. They say we want to put you in this dress and this wig. I’m like whoa, what happened to Magic and Larry Bird. They’re like no, we got another commercial. I’d bought my house with the money they gave me, so I’m like I have to put this dress and wig on, you know. But it took off. I had fun doing it. My mom was there and I enjoyed it. Not the putting on the dress part, but I just enjoyed the alter ego of it and people enjoyed it too.

Tam-Star: In college Greg Anthony was a different type of dude, we all know that. What are your thoughts about Greg as a TV analyst?