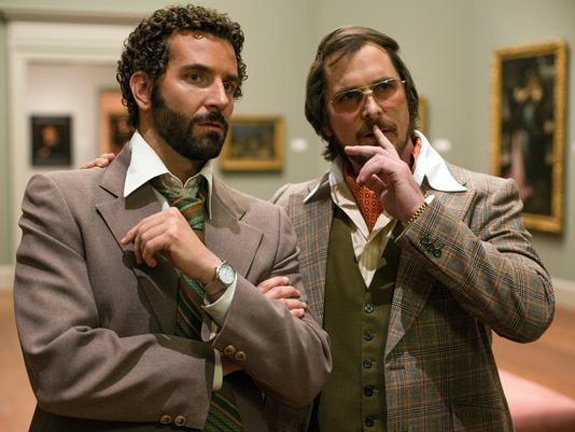 If you are looking for a bit of that disco feel, thick New York accent, 70’s fashions and facial hair, American Hustle is the perfect dose of nostalgia. Bradley Cooper, Jennifer Lawrence and Christian Bale star in the fictionalized take on ABSCAM, the notorious FBI sting operation in the late ’70s and early 80’s that initially targeted traffickers in a stolen property case that ultimately led to the conviction of a United States Senator, six members of the House of Representatives, one member of the New Jersey State Senate, members of the Philadelphia City Council, and an inspector for the Immigration and Naturalization Service. The FBI had codenamed the operation “ABSCAM,” a contraction of “Abdul scam”, after the name of its fictitious front company. Director David O. Russell premiered a sneak peek of the new movie on Good Morning America telling viewers, “[Moviegoers] can expect a wild world of amazing characters. People with their passions and their hearts that was inspired by this wild event that happened back then.”