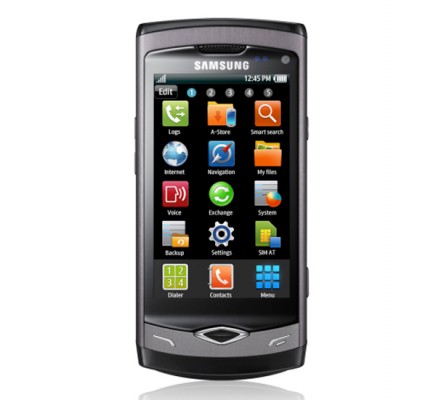 This week at the Mobile World Congress, Samsung revealed their first smartphone “The Wave” which will run on their new Bada powered OS. The unofficial specs of the Samsung Wave aka the S8500 is said to feature a 1GHz processor and a touchscreen, Bluetooth, GPS, a five megapixel camera with a built in photo editor and it is capable of recording HD video. Although the Samsung Wave is expected to be officially unveiled at the Mobile World Congress, the official launch date has not been announced.