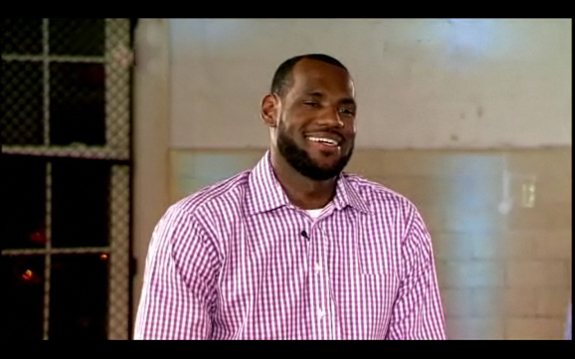 The LeBron situation is out of control and Dan Gilbert’s letter basically solidified the continuing growing saga. Everyone clearly has an opinion about this situation, but let’s not lose sight of the fact that LeBron is only 25 years old! Whether or not LeBron was born in Ohio, I must ask this question… who would want to spend their entire life in “Cleveland?”

Basketball is a TEAM SPORT! Comparing LeBron to Hall of Fame players such as Magic Johnson, Isaiah Thomas and Larry Bird makes no sense. Magic had Kareem, Kurt, Scott, and Worthy to name a few. Isaiah had Dumars, Mahorn, Rodman and Salley. Larry had McHale, etc. Who did LeBron have in Cleveland? Even Michael Jordan had Pippen and Rodman. Dare I quote Kobe who said “ultimately he has to make the right decision for him and his family.”

For the last week the nation has been captivated by the “LeBron Decision.” Mesmerized to such a great degree, we have over looked other significant things going on in the sports world including the status of the Mayweather vs. Pacquiao fight, MLB All-Star Weekend, and Paul Goydos shooting a 59 in golf.

The comments and opinions regarding LeBron’s decision on what he will do with his life have been a disgrace. From the criticism surrounding his choice to hold a press conference to the backlash from Cleveland fans, it’s sad to see just how ungrateful and opinionated people can be. Between the hostile reactions from so-called fans and Cleveland Cavaliers’ owner Dan Gilbert open letter, we should all be embarrassed for passing judgment on a man that has given a town 7 GREAT years.

Dear Cleveland, All Of Northeast Ohio and Cleveland Cavaliers Supporters Wherever You May Be Tonight;

As you now know, our former hero, who grew up in the very region that he deserted this evening, is no longer a Cleveland Cavalier.

This was announced with a several day, narcissistic, self-promotional build-up culminating with a national TV special of his “decision” unlike anything ever “witnessed” in the history of sports and probably the history of entertainment.

Clearly, this is bitterly disappointing to all of us.

The good news is that the ownership team and the rest of the hard-working, loyal, and driven staff over here at your hometown Cavaliers have not betrayed you nor NEVER will betray you.

There is so much more to tell you about the events of the recent past and our more than exciting future. Over the next several days and weeks, we will be communicating much of that to you.

You simply don’t deserve this kind of cowardly betrayal.

You have given so much and deserve so much more.

In the meantime, I want to make one statement to you tonight:

You can take it to the bank.

If you thought we were motivated before tonight to bring the hardware to Cleveland, I can tell you that this shameful display of selfishness and betrayal by one of our very own has shifted our “motivation” to previously unknown and previously never experienced levels.

Some people think they should go to heaven but NOT have to die to get there.

Sorry, but that’s simply not how it works.

This shocking act of disloyalty from our home grown “chosen one” sends the exact opposite lesson of what we would want our children to learn. And “who” we would want them to grow-up to become.

But the good news is that this heartless and callous action can only serve as the antidote to the so-called “curse” on Cleveland, Ohio.

The self-declared former “King” will be taking the “curse” with him down south. And until he does “right” by Cleveland and Ohio, James (and the town where he plays) will unfortunately own this dreaded spell and bad karma.

Tomorrow is a new and much brighter day….

I PROMISE you that our energy, focus, capital, knowledge and experience will be directed at one thing and one thing only:

DELIVERING YOU the championship you have long deserved and is long overdue….