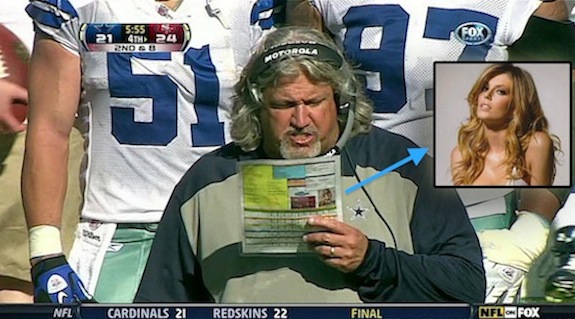 Rex Ryan is not the only freak in the family. If you thought Rob would be any different from Rex (yeah, their twins), he proved you wrong. Rob may not be into feet like his bother, but he definitely likes a hot model. The defensive coordinator came ready to play on Sunday and a part of his game plan included a picture of actress/model Diora Baird (Wedding Crashers, The Texas Chainsaw Massacre: The Beginning, Accepted) wearing a revealing outfit pasted to his play chart. Rex may be winning, but Rob proves he’s the MAN!