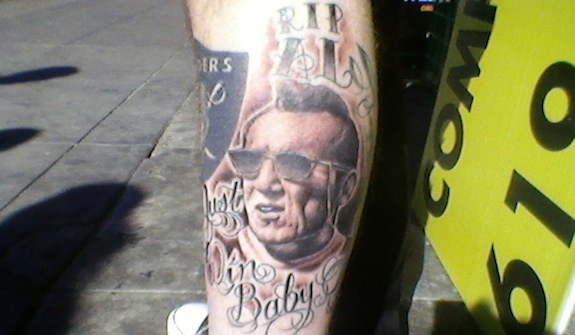 One of the first RIP Al Davis Tattoo was revealed by a crazed Oakland Raiders fan. Considering how crazy Raiders fans are, I am not sure if I expected anything less. Al Davis has been dead all of 2 days, but we will probably see more and more tribute tattoes soon. Raiders fans scare me. There is a big emphasis on the PERIOD at the end of that statement!