Nike Kobe 8 “What the Kobe” Sneakers 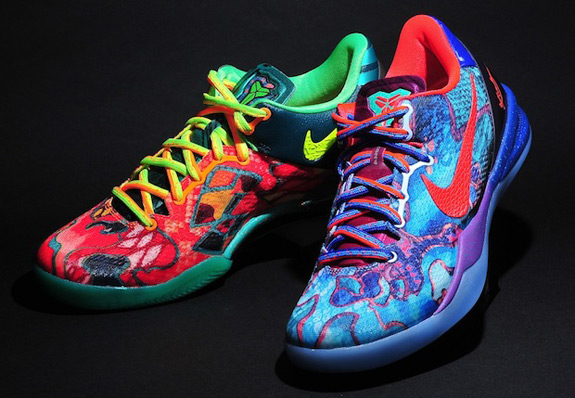 The new edition of Nike Basketball’s “What The…” edition has surfaced and this time it’s the “What the Kobe” Nike Kobe 8. Previously, Nike released the LeBron 10 “What the MVP” and the Nike KD V “What The KD.” Like with the other sneakers in the series, the Kobe 8 boast a dynamic fit with ultra-light engineered mesh to deliver a dynamic and breathable fit. With two very vivid and colorful colorways, the coveted “Mambacurial” Nike stamping can be seen on the the left shoe. “The Kobe 8 is about enhanced performance. It’s simplistic, but has an edge to it,” said Kobe. From what we have read, the Nike Kobe 8 will be the finale of Kobe’s eighth Swoosh signature shoe. 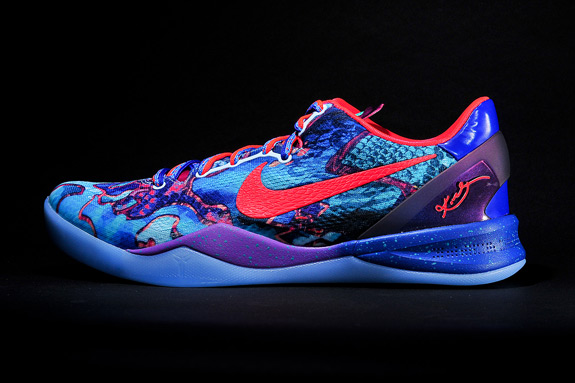 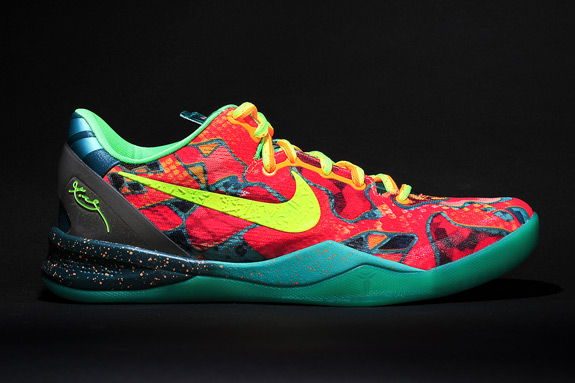 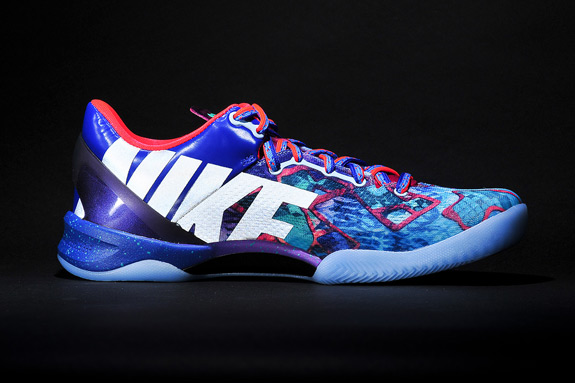 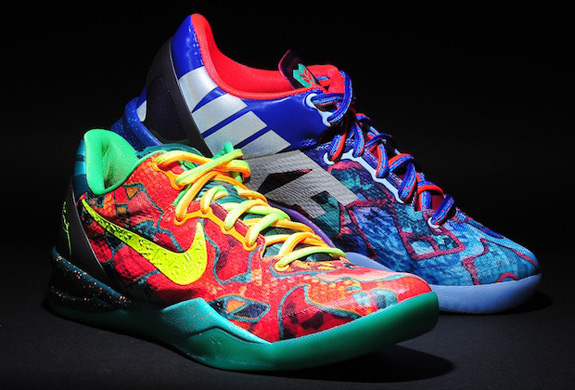